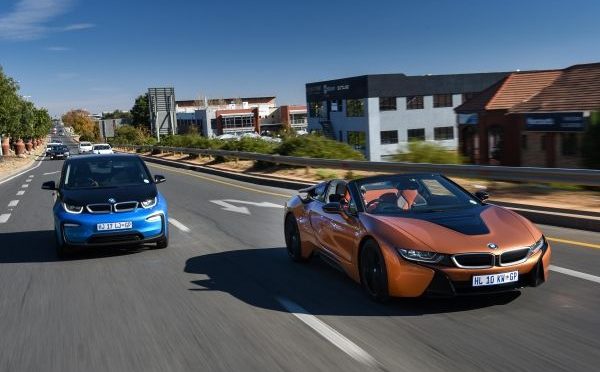 The BMW i3 range ups its game, while the much-anticipated i8 Roadster (one seriously hot-looking piece of metal) launches in the Western Cape, South Africa…

While we’ve had our fair share of test drives with hot hatches and SUVs lately, this week we got to experience something a bit different. In South Africa, BMW’s i range consists of models that stand out on our roads and signify a new era of mobility. Futuristic looks, electrically operated driving systems and intelligent connectivity systems are qualities that the i range is known for, and it’s all evident from the moment you press the pedal. 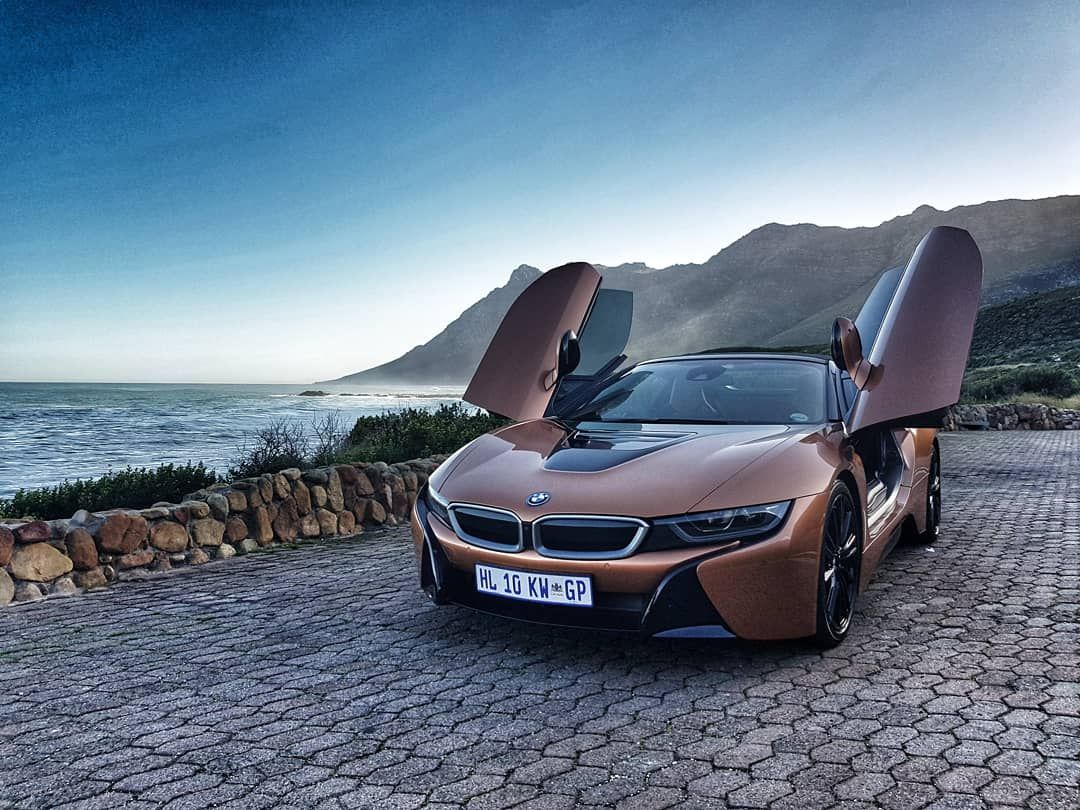 South Africans are showing an increase in support for electric vehicles (EVs) with a number of BMW’s i models having been sold in our local market since the BMW i3 was first introduced in 2015. Before, the idea that electric vehicles were a ‘space-aged concept’ was often heard around the dinner table, but now, I find that more and more people are coming round to the perks and appeal of electric vehicles.

Charging facilities are becoming more and more available, while charging at home is also an option. Economical appeals, such as the benefits of running costs from electric vehicles, are also starting to hit home for many,

BMW has dropped the roof of the i8, just a few years after the launch of its coupe model. The Roadster now benefits from light-weight construction, low centre of gravity and even weight distribution, as well as an aerodynamically optimised exterior. Sound like gibberish to you? Simply put: the i8 Roadster is so light, that it feels like you’re driving on air! It’s incredibly quiet too, even with the roof down – but don’t let that fool you, because it’s ready to unleash monstrous power and performance at the touch of a pedal.

And then of course, the i8 Roadster’s outstandingly good-looking appearance is undeniably eye-catching and I’d question those who beg to differ. Its distinctive styling exudes a real ‘concept car’ appearance that had everyone in traffic turning heads to take it in while we headed through Somerset West and onto Clarens Drive, (if you don’t like attention, then what are you doing in an i8?)

BMW’s eDrive technology with hybrid synchronous electric motor offers a maximum power output of 105 kW and 250 N.m of torque, while the three-cylinder petrol engine with BMW TwinPower technology offers a power output of 170 kW and torque of 320 N.m. (and it’s only a 1,499 cc engine!)

I’m almost certain BMW designed the i8 to keep you inside it for as long as possible. One challenge you might find with the i8, whether it is the Roadster or the coupe model, is getting in and out of it. High side sills make it rather tricky when stepping into its low seating position, but if you’re in the Roadster and the roof is down, it’s much easier! Once you’re in, the Roadster is an incredibly comfortable place to be – and you won’t want to get out! The iconic butterfly doors are such a big part of the i8’s design, and although they can make parking in small cities a bit of a challenge, they add to the vehicle’s visual appeal. 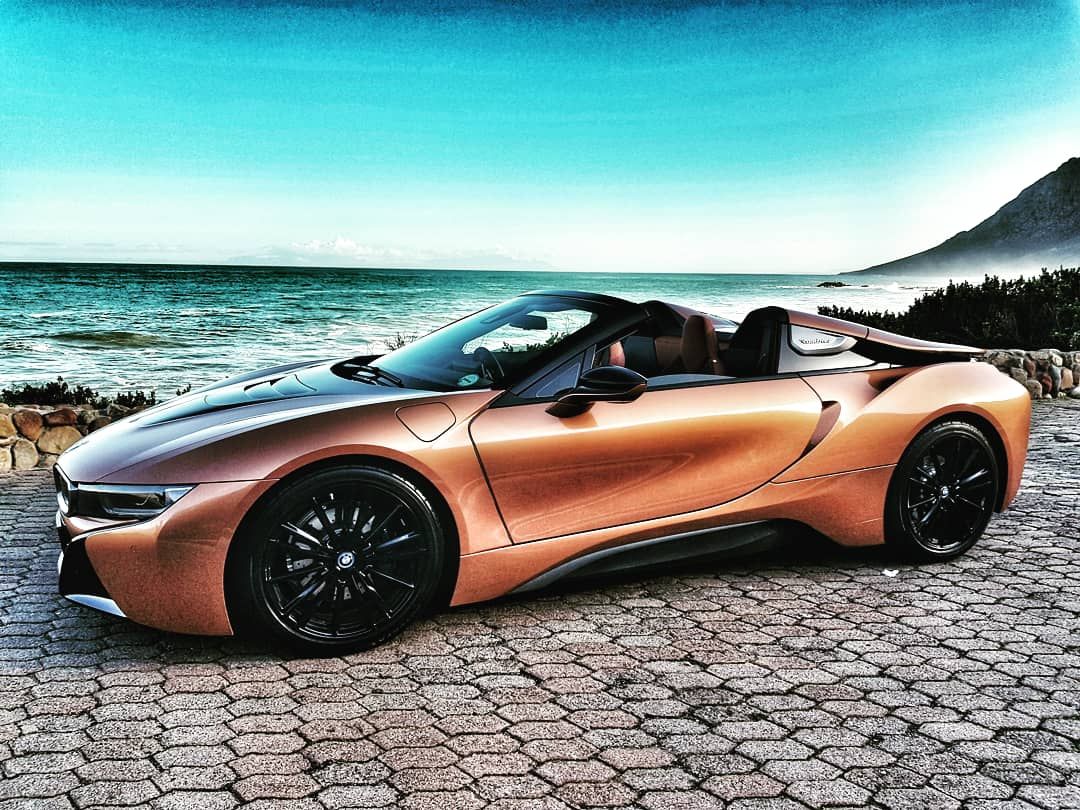 Driving the i8 Roadster – a sensation never to be forgotten

The car starts up using a combination of its electric battery and its petrol engine. As you pull off you’ll go unnoticed, if based on sound alone, because it’s all incredibly silent! Again, don’t be fooled because it can go from 0 – 100 km in just 4.6 seconds and reaches a top speed of 250 km/hour.

Once you’re out on open roads it can be an overwhelmingly joyful experience driving with no engine sound – and you need to keep an eye on your speed because you’ll quickly find yourself above the speed limit if you’re not paying attention. Knowing that you’re driving completely emission-free (when in full electric) is a reason to smile too.

We’ll never forget our experience driving the BMW i8 Roadster, which is a good thing because currently there is only one available in South Africa!

Refreshed styling and new digital services are just some of the updated features in the new BMW i3 range.

At launch, we were able to sample the i3’s Rex and Bev models, both of which offer premium quality, an all-electric driving experience with zero local emissions, and a whole lot of new technology.

On the outside, the new BMW i3 gets a sportier exterior, with a reshaped front bumper and new LED headlights up front. There’s also further minor restyling at the back.

Following systematic refinement, the BMW eDrive technology aboard the new BMW i3 enables drivers to enjoy locally emission-free mobility with wonderfully instantaneous power delivery, efficient use of energy and an optimised range for a level of everyday practicality to suit the demands of purely urban travel. The new i3 draws its energy from the lithium-ion high-voltage battery developed by the BMW Group with a capacity of 94 ampere hours (Ah) or 33 kilowatt hours (kWh). A range extender engine can be ordered as an option for the new BMW i3.

Overall, the new BMW i3 has upped its game to provide styling and performance to suit those looking for an environmentally-friendly, fun-to-drive and trendy urban vehicle, that we hope will lead to the presence of more i3s on South Africa’s roads.

Also read: Conversations with a female BMW i8 owner