The 2016 BMW 7 Series is the “pinnacle of luxury,” so says BMW’s Group Automotive Communications Manager, Edward Makwana. He is not wrong in terms of the BMW stable, but when it comes to luxury saloons, the 7 Series still manages to fall short of its rival, the Mercedes-Benz S-Class. 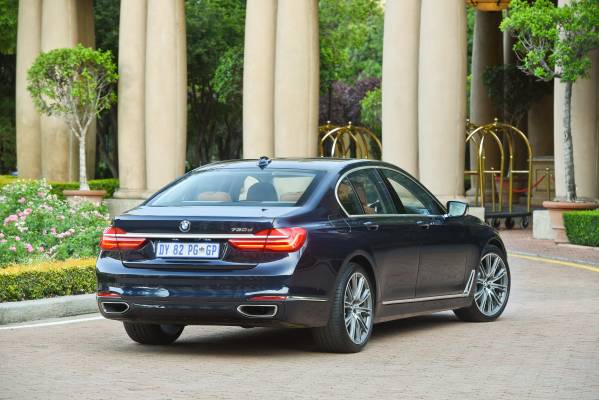 BMW’s flagship is now in its sixth generation dating back to it’s arrival in 1977. And what a proud heritage it is; it was the first car to feature the likes of Integral Active Steering, Night Vision with Pedestrian Detect and BMW iDrive. And according to George Lombard, Product Manager of 7 Series, 5 Series GT, 6 Series and Z4, “The 2016 BMW 7 Series is the most luxurious car we’ve ever built.” 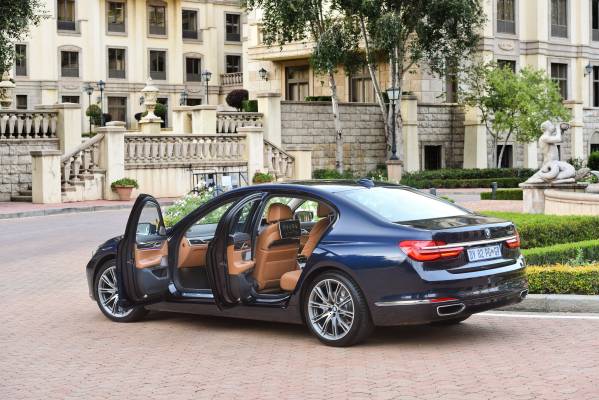 BMW clearly feels that buyers prefer a familiar face and so have not messed with the exterior looks too much. It’s the interior where BMW is expected to impress and unfortunately, this is where I felt let down. It might have been the high expectations I already had, but it just didn’t feel special enough. It is too similar to other BMW’s. For a car that costs you upward of a million rand, you would expect pure luxury, comfort and refinement. The front seats are uncomfortable and after a three hour drive I found my back and backside aching. Even the seat massage didn’t help, it felt more like a kid kicking the back of my chair on a plane. And if you are anything like me, with ODC tendencies, then the finishes on the facia will send you over the edge…fingerprint marks everywhere!

Where you are really supposed to enjoy this car is from the rear seats. We did feel rather famous as we were chauffeured through Stellenbosch in convoy and hoards of students stopped to watch us drive past. That or they thought it was the blue light brigade, but either way. The best part, you are able to change the passenger seat settings (and the audio etc) from the rear while someone is sitting in the seat. The fun that can be had, but be prepared for the arguments. 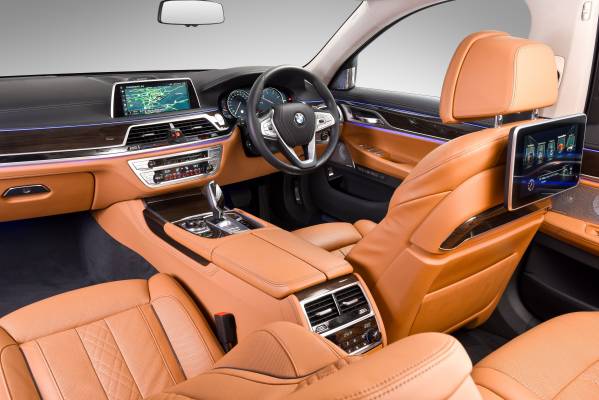 However, with all this said, there is one thing that BMW has absolutely nailed, and that’s the incredible in-car technology jam-packed in to this machine. A world first in the 7 Series is remote control parking which means you are able to enter and exit forward parking spaces and garages without a driver at the wheel. That’s right people, if you suck at parking, you can now park your car while watching it from the pavement. How incredible is that? This will only be available in South Africa from May but wow, this is something to look forward to! The drive assist systems means that you hardly have to touch the pedals and as for safety technology, well you can just imagine the impressive line up the 7 Series offers.

The 740i which is powered by a six-cylinder in-line petrol engine with TwinTurbo technology produces 240 KW and 450 N.m of torque. It is smooth and a joy to drive and something that stood out for me and which perhaps my more “masculine” colleagues may not consider is that the accelerator pedal is soft to the touch and comfortable. This may sound odd to those of you with giant feet, but when you have feet the size of a small child as I do, driving can be exhausting, especially if the pedal is stiff or placed in a position which means you have to hang your foot above it as you won’t reach if you rest it on the floor. In other words, driving was effortless and so it should be in a 7 Series.

Back to the interior features and something that has to be mentioned is the Gesture Control. So, you can operate the multimedia and navigation system either through the familiar iDrive controller, through a touchscreen interface or gesture control. What is this? Let me explain: If you rotate an outstretched finger it will adjust the audio volume. You can also answer and end calls just with a hand movement. This is so you don’t ever have to take your eyes off the road. It felt a bit gimmicky to me, but only because I struggled so much with it. I was so frustrated by the end I merely used the volume button. However, I think with more practice (and patience), it will become second nature. And I am all in for something that keeps people’s eyes on the road rather than on a screen.

There is so much technology in this car that I cannot mention all of it in one post, but one I have to mention is BMW Laserlight. You may know it from the BMW i8 but it is new to the luxury sedan segment and can generate a pure white light which doesn’t blind other drivers and provides a high-beam range of 600 metres, double that of LED headlights. 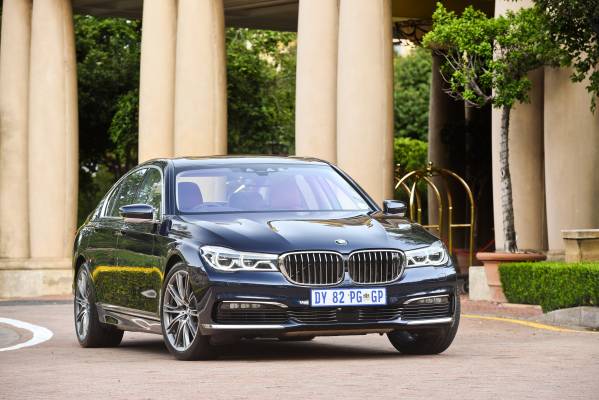 When I stepped in to the Mercedes-Benz S-Class I was left feeling impressed. I can’t say the same about the finishes and the over all luxury of the BMW 7 Series, however, I am left feeling very impressed with the technology this car offers and the performance, but then again, I have come to expect this kind of excellence from BMW so I can only imagine what the next 7 Series generation will offer.