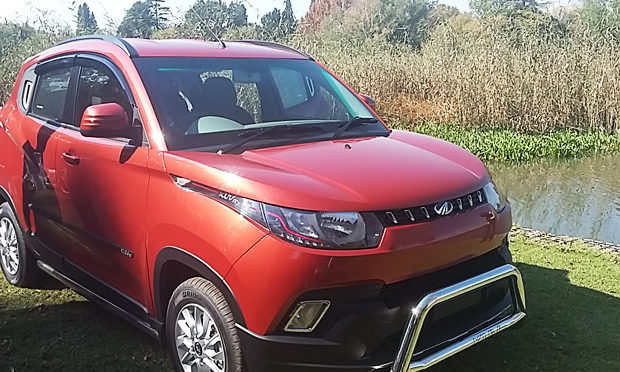 Mahindra South Africa is broadening its model offering in the country with the introduction of the KUV100.

The KUV100 is Mahindra’s attempt to introduce its version of a compact SUV to a wider budget-friendly market, combining the drivability of a small hatchback with some visual aspects associated with SUVs. Don’t mistake it for an SUV though, it’s competitors are the likes of the Hyundai Grand i10 and Suzuki Swift. We would classify this as a Budget Buy.

At first glance some would say that it’s a bit, “odd looking”, especially with its raised stance and small wheels. It just looks slightly disproportionate. I wanted to Photoshop it and switch its layout to landscape instead of portrait. 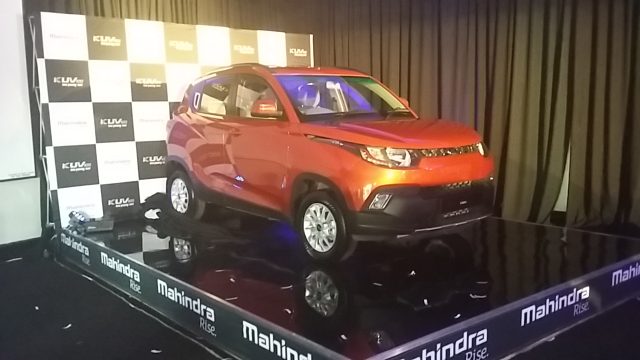 After spending the day driving it to different locations in and around Johannesburg and seeing it parked in various settings, at certain angles it started to give off a more familiar and less confusing air about it.

We drove the K8 diesel version for the first half of our road trip. Once I’d adjusted my seat so that my knee wasn’t knocking the wide centre console, I felt pretty comfy and enjoyed the easy gear changes on the highway. The gear lever sits on the centre console which is another thing that takes getting used to.

The handbrake is also placed on, or rather just underneath, the centre console, allowing for more space between the driver and passenger seats, but watch that you don’t elbow your passenger when pulling the handbrake out. 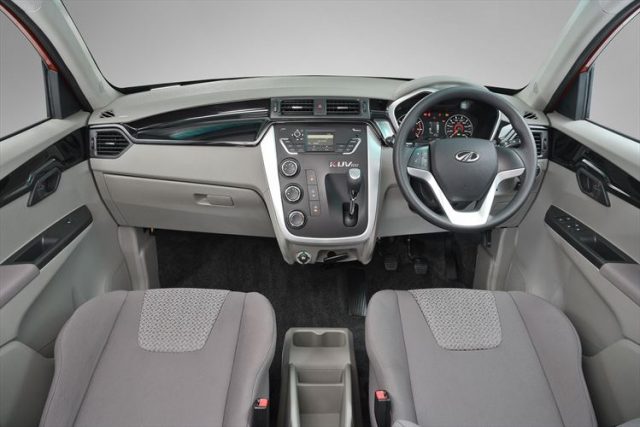 When you get used to it all, it’s a reasonably smooth and fun drive in the diesel version. 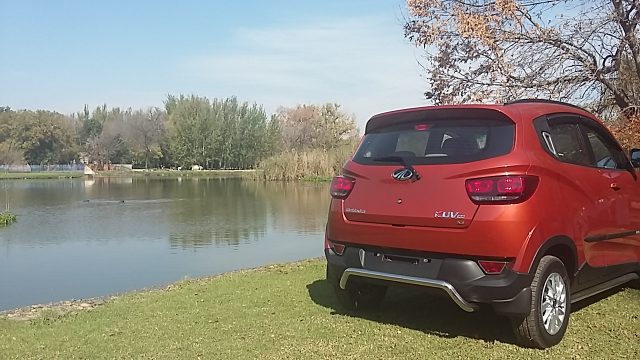 Performance and power: Petrol vs diesel

The petrol version of the KUV100 is a completely different ball game. Sure, it’s expected that a petrol engine would feel and sound different to a diesel engine, it would certainly have a bit less oomph and less torque across the rev range, but I really struggled with the lack of performance from this petrol version . They say it takes about fifteen minutes to get used to a different engine. So I gave it some time, drove for half an hour through the Suikerbosrand Reserve while whacking the gear stick between 1st, 2nd and 3rd until we reached the highway.

Once on the highway and able to kick up to 5th gear, it felt better suited to this environment.

The KUV’s flagship model offers a claimed fuel consumption 4,4 litres/100 km with the help of a Power/Eco mode function and stop-start technology.

The petrol-powered version has a claimed consumption figure of 5,9 litres/100 km, while the CO2 emissions rating is 139 g/km.

Product range and Pricing for the Mahindra KUV100

It comes in five models with two choices of engine and three specification levels.

It goes without saying that pricing for the KUV100 is competitive and we expect this will contribute to its potential popularity among audiences across the spectrum, from young families to urban commuters and pensioners. But be sure to take both engines for a test drive before you make your decision. We predict most people will opt for the diesel engine.