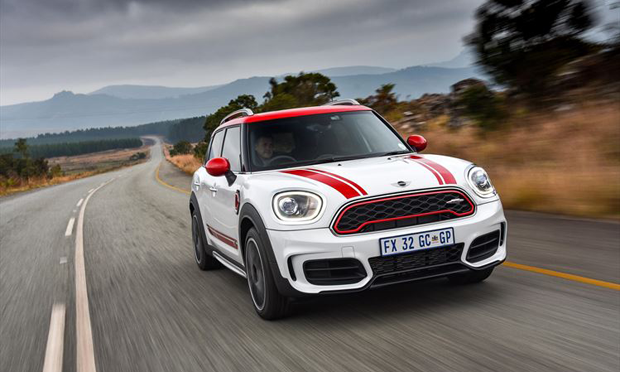 George, Western Cape – Yesterday (24 August 2017) we flew to George to spend some time with the new MINI John Cooper Works Clubman and Countryman, and with overcast skies and wet surfaces, (much like MINI’s British climate) it was the ideal setting to test these new editions to the MINI family. 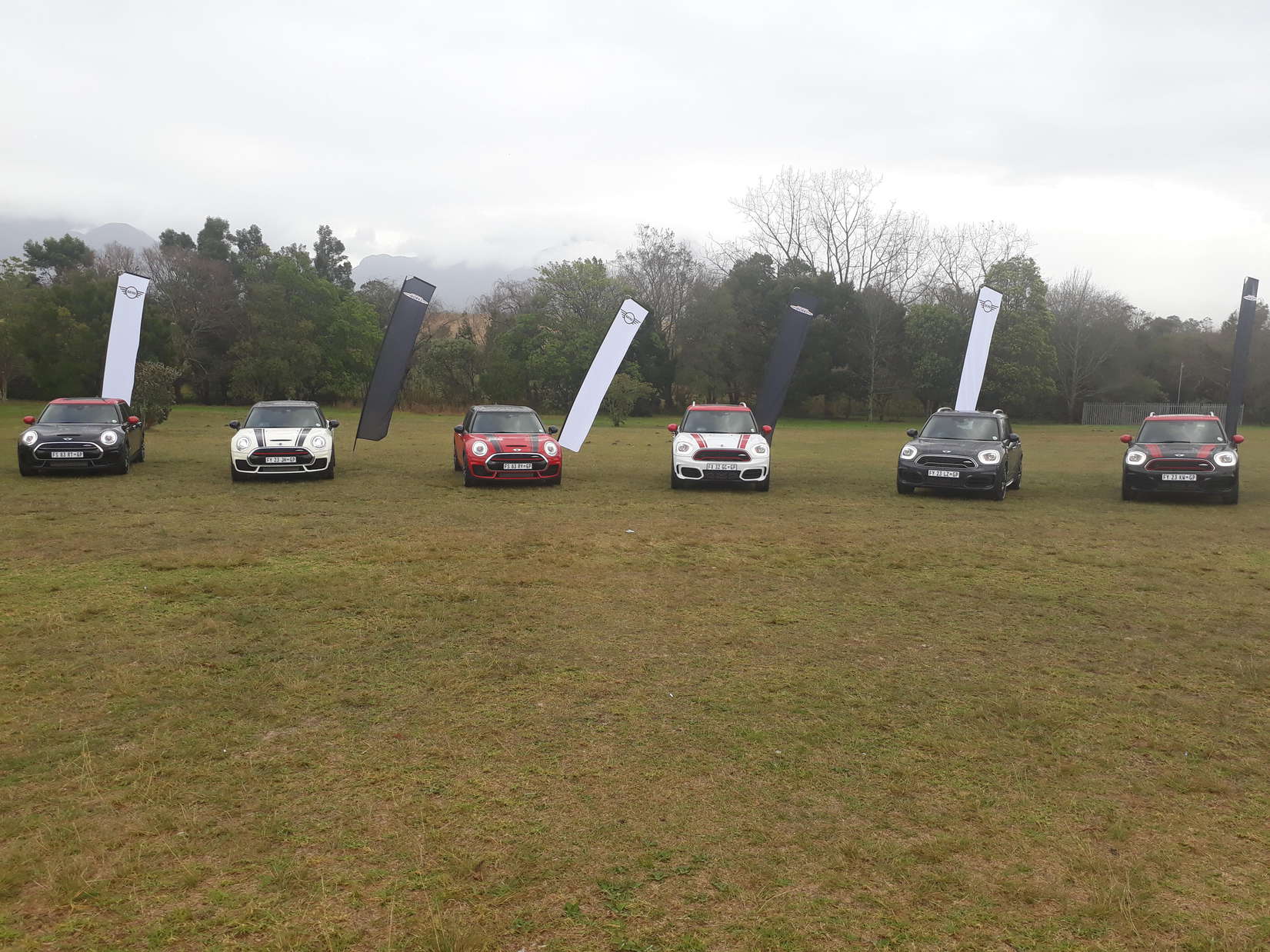 With a rich heritage behind MINI’s sub-brand, two of MINI’s models (Clubman and Countryman) now offer the new John Cooper Works editions. The MINI hatch also gets a JCW edition, however this was not available at launch. So, MINI fans now have the option for maximised thrill and excitement on these models, thanks to their new 4-cylinder 2-litre John Cooper Works engine (fitted to both) that offers 170 kW. The All4 system is only offered on the JCW Clubman and Countryman and gives these models a chance to perform on all terrains without too much worry, thanks to loads of traction and dynamic cornering.

While the Clubman is still a ‘gentleman’ it focuses on practicality and performance and the JCW Clubman gives customers that sense of exclusivity.

Visually, what makes this model obviously identifiable  is the John Cooper Works stamp in the aerodynamic sports body kit, sills, spoilers and contrasting red mirror and roof finishes. Inside, its cabin keeps up with its sporty style and includes JCW sports seats, a multi-functional bespoke steering-wheel and steel pedals.

Its suspension has been lowered by 10 mm and gives you a that authentic race-feeling. Driving the JCW Clubman was for me, as expected, a whole lot of fun. I really got that fun-to-drive, go-karting element from it and with 350 N.m of torque it’s obviously a very quick car (it’s said to sprint from 0 – 100 km/h in 6,3 seconds). It gives a lovely roar that we made the most of around the Outeniqua and Robinson Passes. The eight-speed sports automatic gearboxbox is well suited to the car and paddle shifters behind the steering wheel really come in handy around corners and inclines. However, a six-speed manual gearbox is also available. 18-inch Black Grip Spoke light alloy wheels are standard, but optional 19-inch light alloy wheels are also available.

In April this year I drove the new (bigger) MINI Countryman and it was noted that the JCW Countryman would be coming out later in the year. (Read my review here). So it was great to discover the differences between the two and while I loved the look and feel of the regular Countryman when I first tested it, the JCW edition is like the Countryman on steroids!

This is MINI’s biggest (and most expensive) model to date and if you’re a true MINI fan who wants something bigger, (perhaps you’ve started a family,) but you’re worried that you’ll be compromising on that fun-to-drive factor, you might be pleasantly surprised by the JCW Countryman!

The JCW Countryman also houses a four-cylinder 2-litre turbo engine and offers 170 kW and 350 N.m of torque. MINI states that it’s the most powerful engine ever to be fitted in a MINI, while its ALL4 drive system makes it even more robust and capable on those off-roading adventures. We really put the Countryman to work on various rough and tricky terrains, and despite its ‘bigger’ body it really impressed. Navigating our way through very wet and slippery mud surfaces was made easy by its ALL4 drive system and traction control that kept the Countryman gripped to the ground even when over or under-steering. 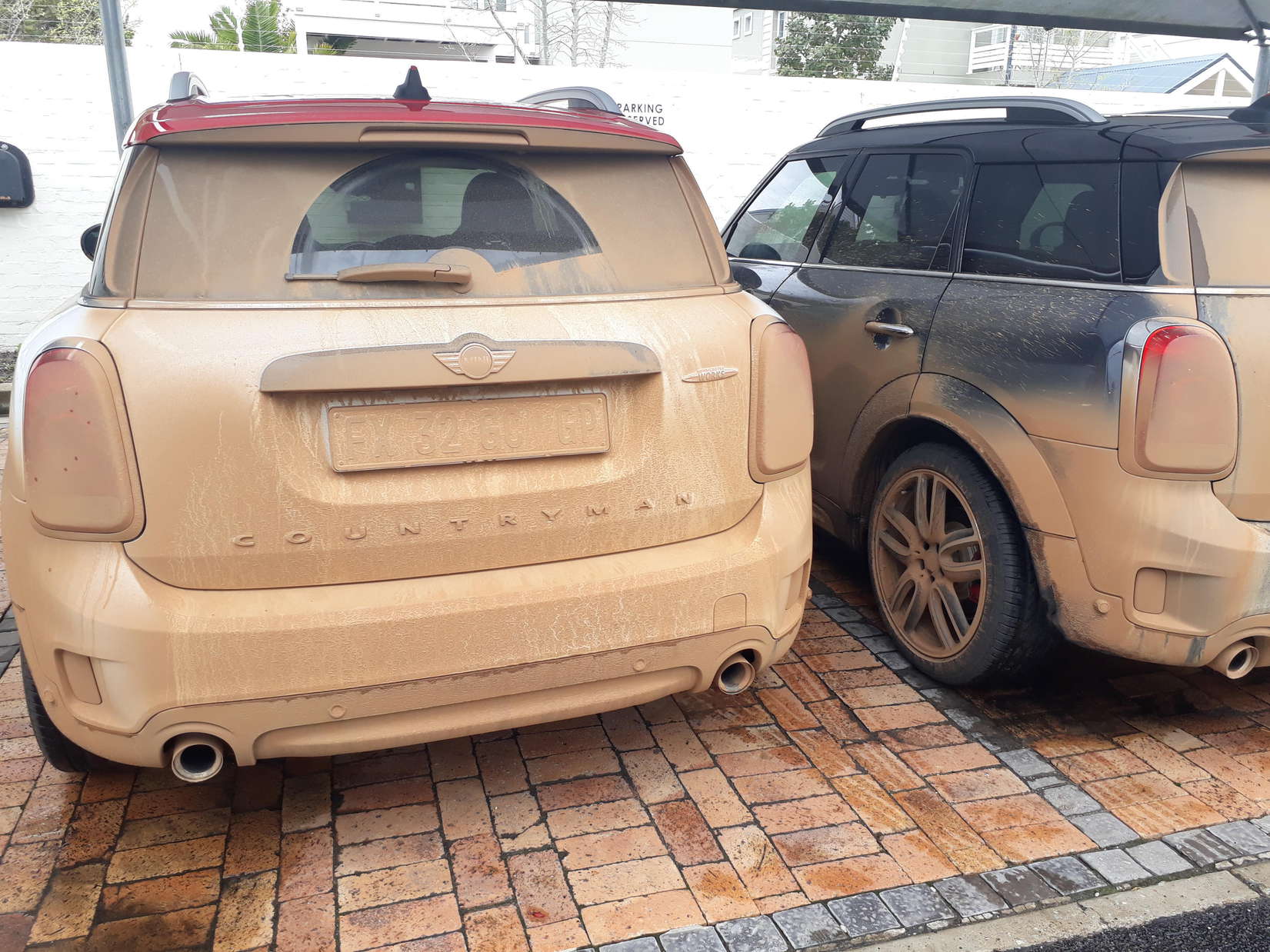 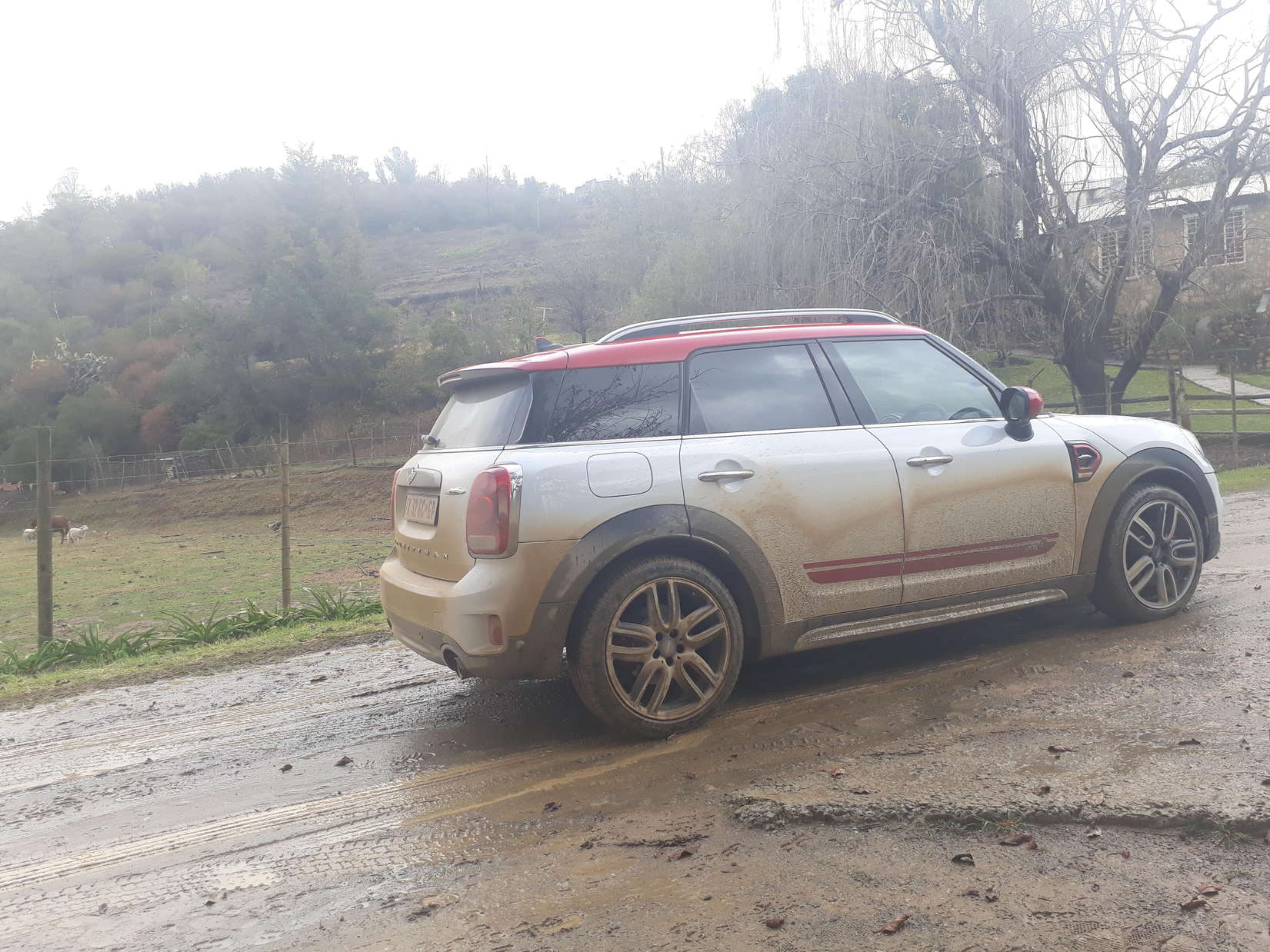 When sitting inside there’s no doubt that you’re still sitting in a MINI. ‘Quirky and cute’ is probably the best way to describe it. The instrument cluster (which moves up and down along with the steering wheel when adjusted) is based around BMW’s iDrive system and can also be controlled by a rotary dial just below the gear shift lever. The LED light colour-changing ring is still available around the central instrument cluster. 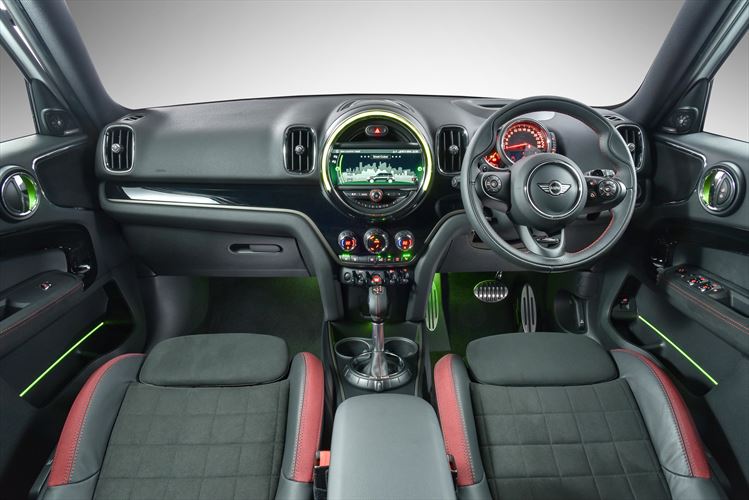 The MINI Connected App (which links your phone to your car’s VIN number) acts as a personal assistant when travelling and can remind you about things like scheduled meetings by synching your calendar.

The Countryman may be bigger, but the John Cooper Works model really makes up for any doubt you might have about missing out on driving fun, and its All4 system is something I hope will inspire new owners to get out and brave those off-road terrains with!