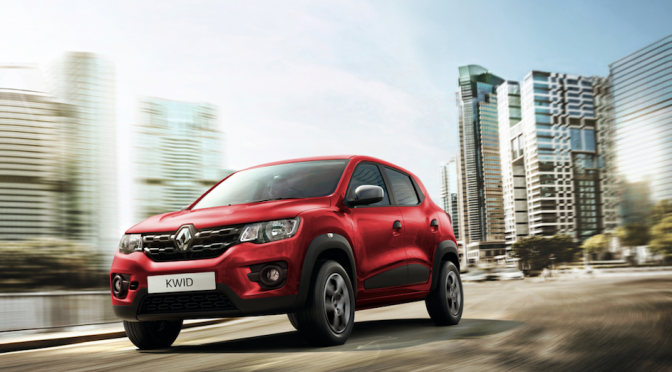 Since its launch last year, the Renault Kwid has won the hearts of many South African drivers and in particular are those in the ‘first-time car buyers’ category. In fact, 60% of Renault Kwid customers are first-time car buyers, looking for affordable, practical and modern budget-buys. We spent some time with the Kwid AMT and did a rather comprehensive driving day to experience it for ourselves. Here’s what we discovered…

Up until now, Kwid enthusiasts have only had a manual version to choose from, but as of this week, a new Automated Manual Transmission (AMT) is available, and we suspect it could be an even more popular choice in the South African market. 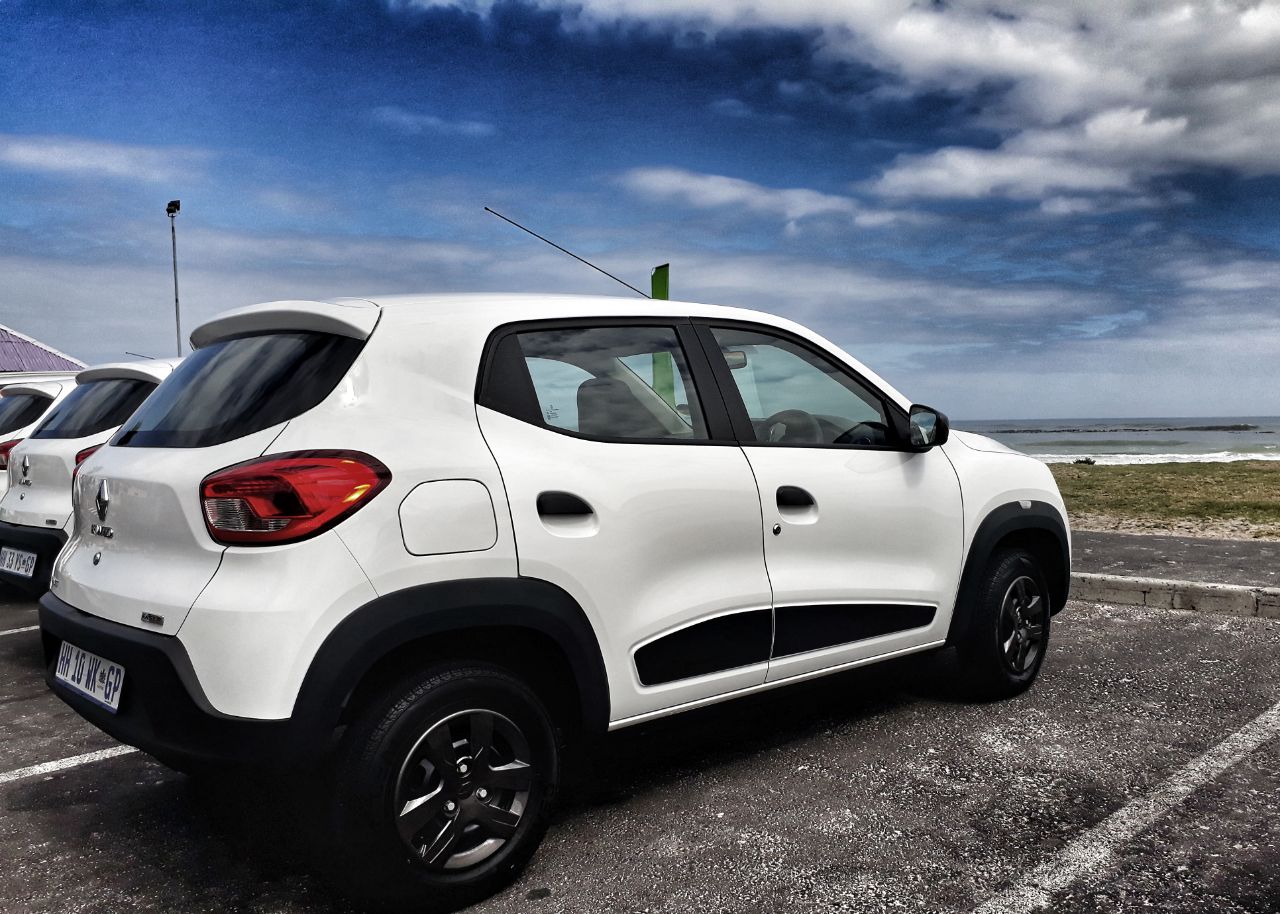 What is an AMT?

For those who aren’t familiar with an AMT gearbox: Mechanically, an AMT gearbox operates much the same as a manual gearbox, but it is operated by the driver via electric controls (similar to an automatic). This means that the driver has the convenience and ease of an automatic gearbox, with the benefits of a manual gearbox. It’s also part of the reason that Renault managed to keep this particular Kwid’s pricing down, as the AMT gearbox is much cheaper than a regular gearbox. More of our thoughts on this gearbox later on… 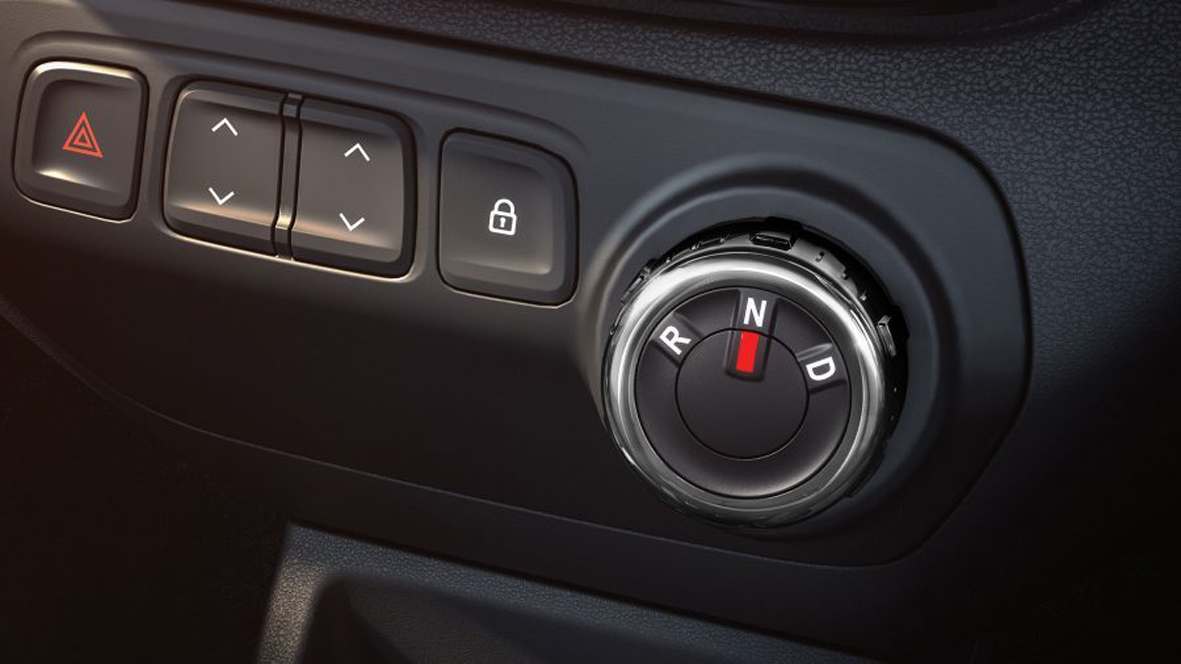 So what is it about the Renault Kwid that makes it such a popular choice among young South African car buyers? At the launch, Renault mentioned that a large percentage of Kwid buyers are between the ages of 25 and 35 and sit in the 0 – R20 000/month income bracket. They’re looking for something that’s affordable, young and fresh, cheap to run, and something that includes as many standard features as possible. Renault got it right with the Kwid the first time by keeping its pricing down to as low as R119 900 for its manual variant and by throwing in a ‘one-year insurance package’ included in the price. In terms of standard features, the Kwid includes a 7″ touchscreen display, radio and Bluetooth connectivity, USB connection as well as a navigation system in the Dynamique option. So for just under R2000 a month, Kwid owners have been driving an entry-level SUV-inspired hatch that ticks a lot of boxes.

As safety is such a big focus for us at WOW, we had to bring it up at the launch and find out what Renault has done to improve its level of safety features in the Kwid. The Kwid AMT’s safety features are no different from its manual variant, with only one (driver) airbag and no ABS, which resulted in a 1-star rating in the Euro NCAP results. While Renault has plans in the pipeline to incorporate more safety features for the Kwid, the automaker put some context into this and reminded us of some of its competitors whose entry-level variants either failed the NCAP safety rating, or are priced much higher than the Kwid.

It’s got the look

When friends ask about the Renault Kwid and I give them my comprehensive feedback their response is usually that of surprise, and even more so when they see pictures of it. “Oh wow, it’s actually really good-looking,” they say, followed by several questions. “Does it have Bluetooth? Does it have aircon? Does it have a Nav system?” Yes, yes and yes.

On the outside the Kwid features SUV attempted styling with its high stance and longer wheelbase (2.422mm). To those who aren’t yet familiar with SUV-inspired hatchbacks it might take a while for your eye to fully appreciate the Kwid’s proportions. The Kwid manages to pull off its SUV styling and construction and once you’re more familiar with it all, you’ll enjoy its 180 mm ground clearance.

Peronally, I think it looks best in white to highlight the lower part of the bumper which comes with a black trim (another SUV feature) and the body-coloured tailgate spoiler adds to the car’s dynamic stance. The front grille design headlights feature Renault’s trademark diamond-shaped logo while its C-shaped headlights incorporate the brand’s new lighting signature. 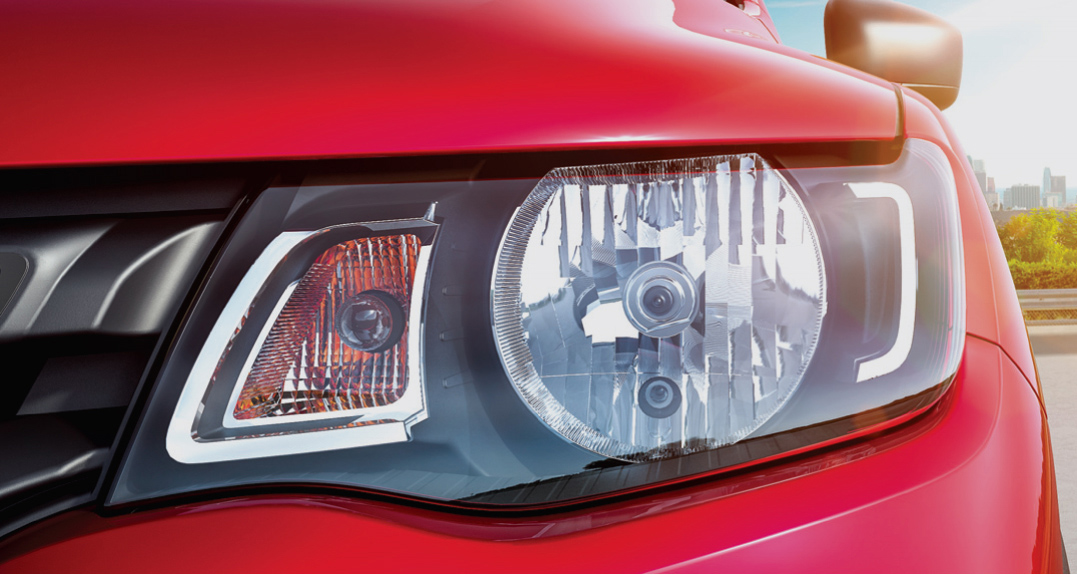 The compact 1.0- litre 3-cylinder Smart Control efficiency (SCe) engine powering all KWID models has been optimised for power and performance and pushes out peak power of 50kW @ 5 500 rpm and maximum torque of 91Nm @ 4 250 rpm.

Driving the KWID AMT was surprisingly comfortable, bearing in mind that this model is still priced at under R150 000. It’s AMT gearbox might take some getting used to, but first-time drivers will soon appreciate its practical and convenient benefits while they have the ease of an automatic with the benefits of a manual.

It’s great for driving around the city, thanks to its practicality and it’s rather zippy too. Parking and maneuvering around taxis and slow moving vehicles is easily achieved and if you’re going to be using it mostly for getting to varsity and back, or around the city, it’s has everything you need.

Out on the open road, of course, you can’t expect it to be any sort of pocket rocket, but I rather enjoyed pushing the KWID along the national road. Strong winds might make you feel a tad unsettled if you’re driving at high speeds, but keeping your speed around 120 km/hour offers a steady and comfortable drive. It’s AMT gearbox is quite fun once you get used to it. When it automatically changes gears for you, it feels like it’s taking a massive breath before powering through to the next gear…you get used to this. As far as connectivity goes it offers quite a bit more than you’d expect from an entry-level vehicle: a 7″ (18cm) touchscreen display, radio and Bluetooth connectivity, USB connection as well as a MediaNav® navigation/multi-media system surrounded by a piano black  centre console with chrome surround on the KWID AMT’s Dynamique variant.

As an entry-level segment contender, the KWID has already proved what young, new-drivers are looking for, based on sales figures since its initial launch in late 2016. It took 3rd position as one of South Africa’s 10 best-selling passenger cars of December 2017, with as many as 1,120 units sold.

As an extension to the range, the AMT model now offers even more of what potential buyers in the segment are after, and once again, we’re pretty impressed with its pricing at just R146 900 (only R10 000 more than its manual model).

As with the manual model, the KWID AMT comes with a 5-year/150 000 km mechanical warranty and a 6-year anti-corrosion warranty.  Services take place at 15 000km intervals. Optional service plans are available.