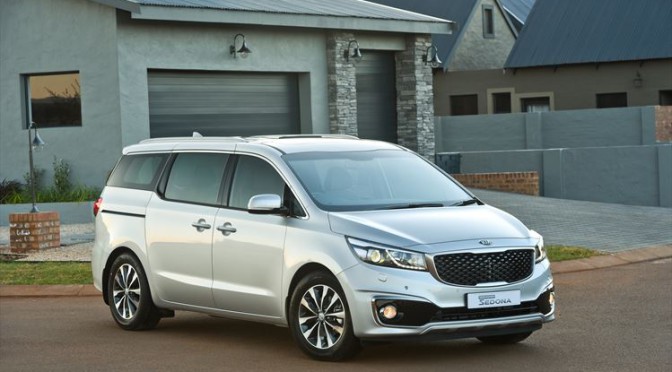 This past week saw the launch of the third generation Sedona and Kia have taken the humble people mover to new levels of luxury and design. It’s not only good looking but the interior is comfortable, spacious (as it should be) and refined. 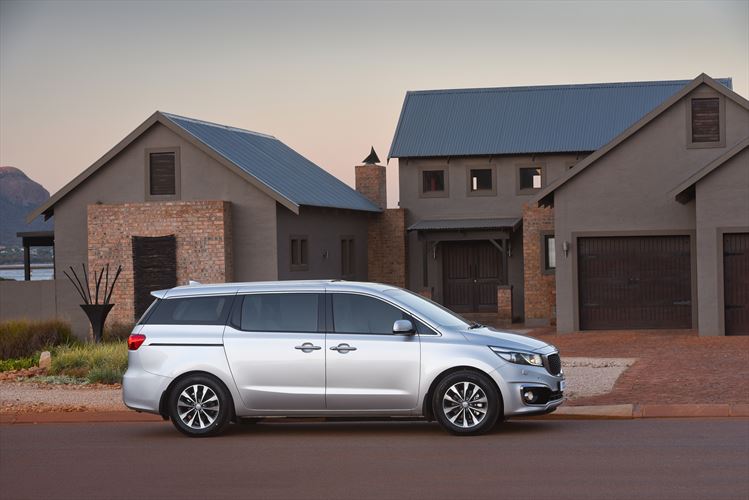 The Kia Grand Sedona, as it is now known,  isn’t a volume seller for Kia, but it is a critical and strategic vehicle for them. It is the last of Kia’s models that has had the magical Peter Schreyer treatment which means it too looks as good as all the former Audi designer’s models, just look at the new generation Kia Rio, Sportage and Sorento.

Kia sent us on a road trip from Johannesburg to Clarens, which is situated in the Free State about 330 km from Joburg.  It is the kind of car you want to do a road trip in, even if there are just two of you. But oh how I wish my parents had had one of these when I was young. I am almost certain it would have prevented the fights my brother and I had on the way to Plettenberg Bay and my parents would have arrived at our destination feeling far more relaxed. 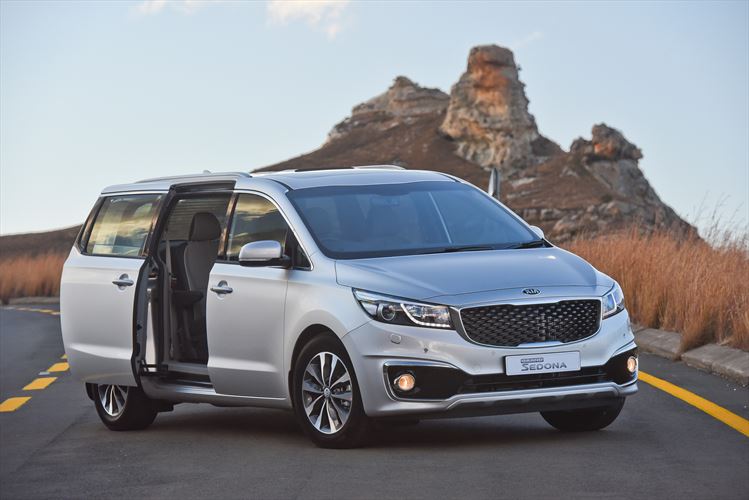 There is so much space you could have yourself a fun little party in the back. You could play hide and seek just about. There is so much storage space you could conduct a treasure hunt…it’s one way to keep the kids occupied. The wrap-around dashboard is angled slightly towards the driver and if you are in the higher spec model you can expect heated and ventilated. The heated seats and heated steering wheel came in very handy in Clarens when temperatures reached below freezing and it started to snow. The second row also boasts heated seats in the top spec models.

You can choose between two engines, namely a 3,3-litre V6 petrol engine which produces 199 kW of power and 318 N.m of torque. But it’s the 2,2-litre CRDI engine with 147 kW and 440 N.m of torque that I would opt for. There were some differences in the fuel consumption figures amongst the journalists, but that is to be expected as we know, the way you drive effects the consumption. But we managed to get an average of about 9,l/100km. 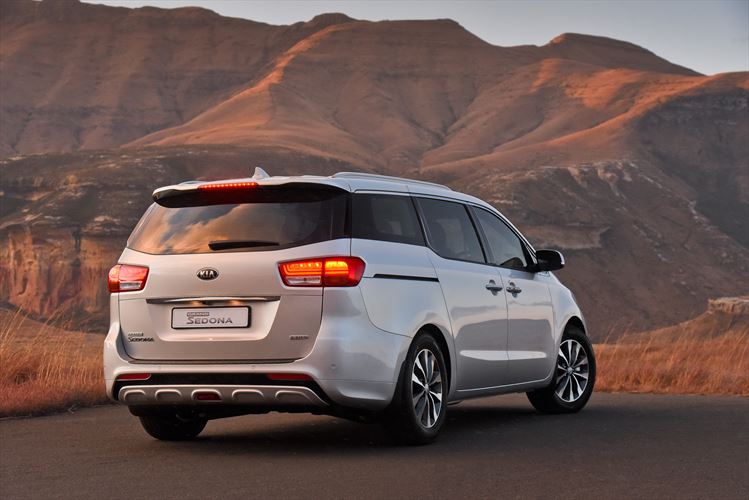 The Kia Grand Sedona is a big car at 5,1 metres but it doesn’t feel that big when you are driving it. Especially when you are on the open road. And thanks to a number of improvements to noise, vibration and harshness (NVH) characteristics, the Grand Sedona is quiet, even at cruising speeds.

Seven seats are standard on the Kia Grand Sedona, but an 11 seater version is on its way. The rear seats fold in to the floor so you no longer have to lug seats in to the garage when you don’t need them. The cloth covering the seats is also geared towards families with kids with what Kia calls Anti-Pollution covering. This means that if you spill liquid on the seats, the liquid beads instead of being absorbed. So easier to clean essentially. 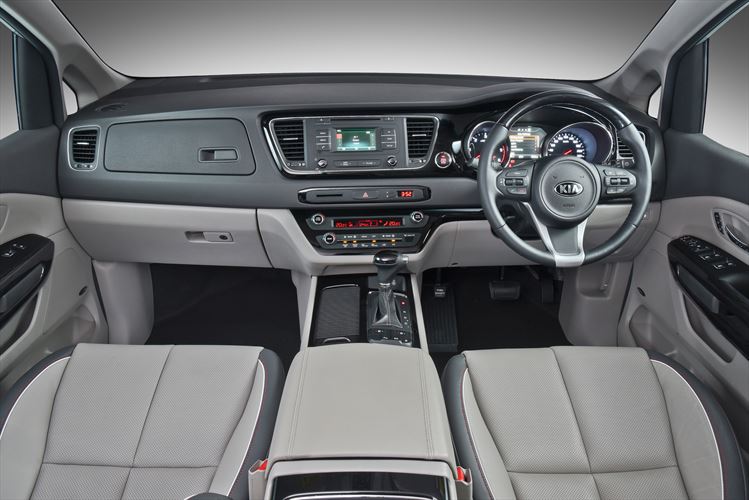 It is by no means a cheap car, you are looking at R499 995 for the base model and R669 995 for the 2,2 CRDi SXL which is the top of the range. But, as is typical of Kia, there is a host of standard features, technology and safety spec. Bear in mind that the top of the range Kia Sorento SUV, which is a little bit more stylish and a lot less “people mover looking” and also comes with 7 seats, is available at R634 995.

The choice will come down to what it is you need exactly. If you have a soccer team of kids and just want practical and comfortable then, the Sedona is going to be your best bet. But remember, you don’t come back from an MPV…once you enter this market it is hard for people to picture you any other way, you will always be the Mom or the Dad. Whereas the Kia Sorento, still gives you room to move…literally and figuratively. It allows you to retain some ‘cool’ street cred. So the choice is yours!