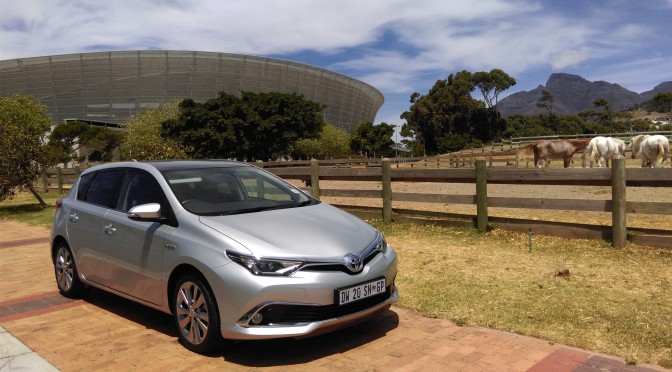 Near the end of last year I reviewed the 2015 Toyota Auris and was pleasantly surprised. It had finally made its way in to my mind filled with the stand-out cars I drive, which is a real accomplishment (there is so much more going on in this pip of mine it’s surprising there is space for anything at all).

I was looking forward to driving the Toyota Auris Hybrid, but if I am honest, I wasn’t thrilled about having it over the holidays where I would be spending most of the time on the road. I had this idea that it was going to be sluggish and that by the time I had reached my destination I would be as good as the Grinch on Christmas. To my surprise, I absolutely loved and adored driving the car…for so many reasons. So let’s begin! (But first, let’s take a moment to admire the photograph I took of the Auris below…yes, I took this pic, how impressed are you?!) 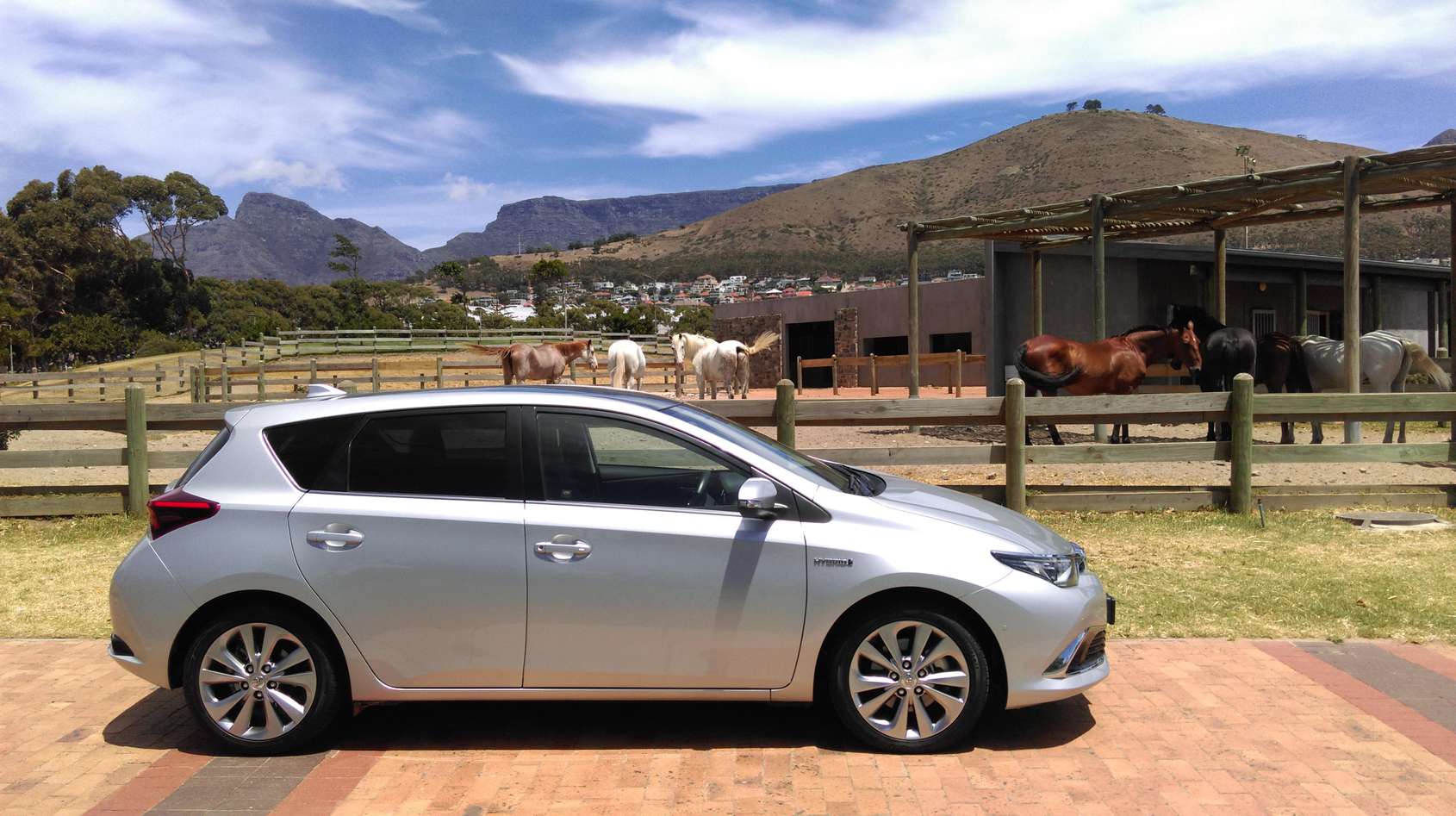 The exterior builds on its petrol siblings and features a prominent chrome brow which emerges from the centrally mounted Toyota emblem and extends across the front grille. The lower grille is framed by a chrome accent strip and all these design elements are complimented by a number of unique Hybrid touches. My favourite being the Toyota signings on the front and rear which are emblazoned with a ‘cool’ blue surround. I LOVE this! Maybe it’s because one of my favourite colours is blue, but also, because it just looks flipping awesome! The Hybrid come standard with 17-inch Graphite metallic alloy wheels. 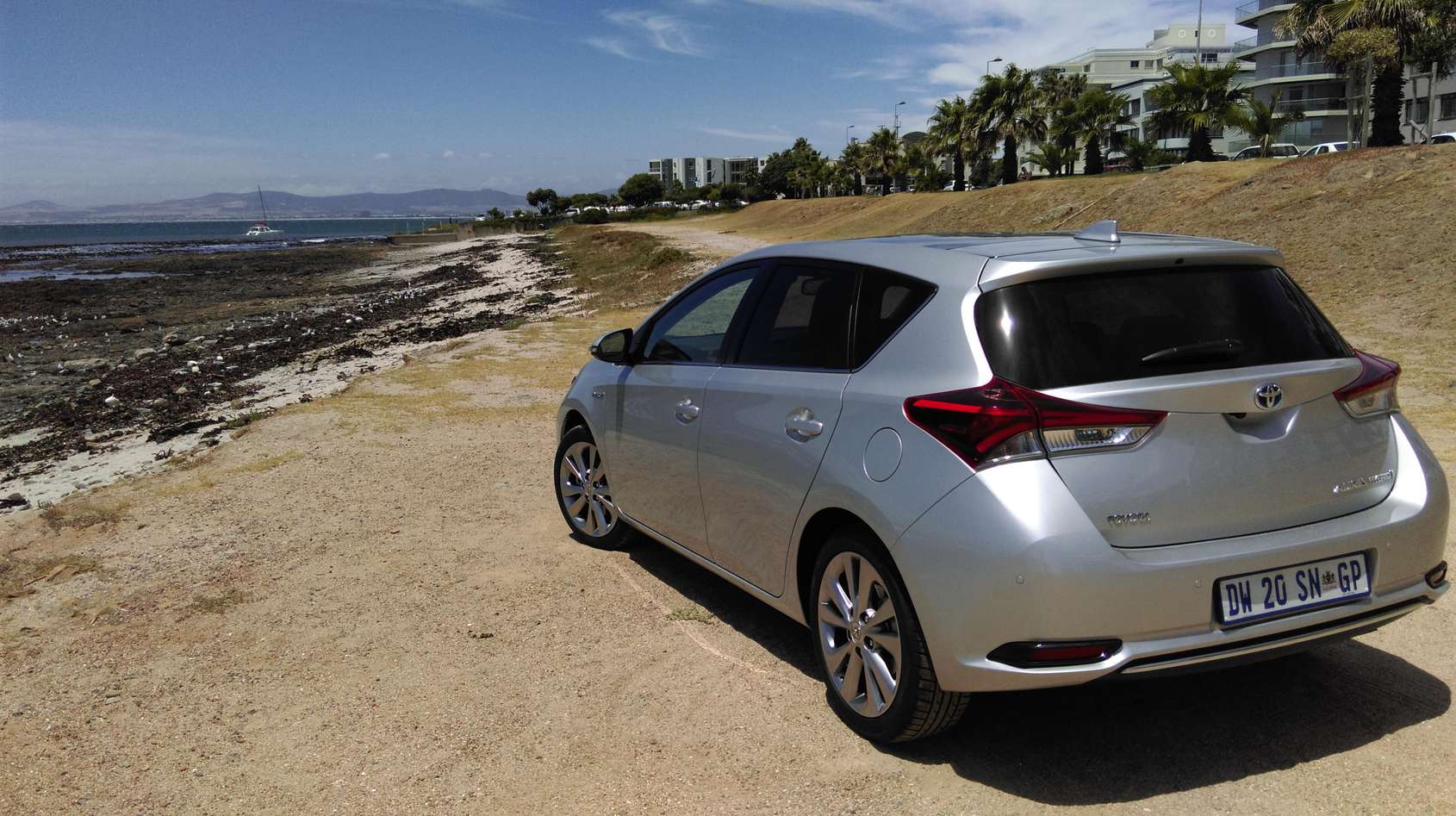 The inside, like the petrol version, is modern, funky and fresh. The Hybrid is exclusively available in the top of the range Xr grade specification which means you get Smart Entry, leather seats, dual mode seat heaters, a touch screen display audio system with six speakers, USB, iPod and auxiliary points, a rear camera and a multi-function steering wheel. 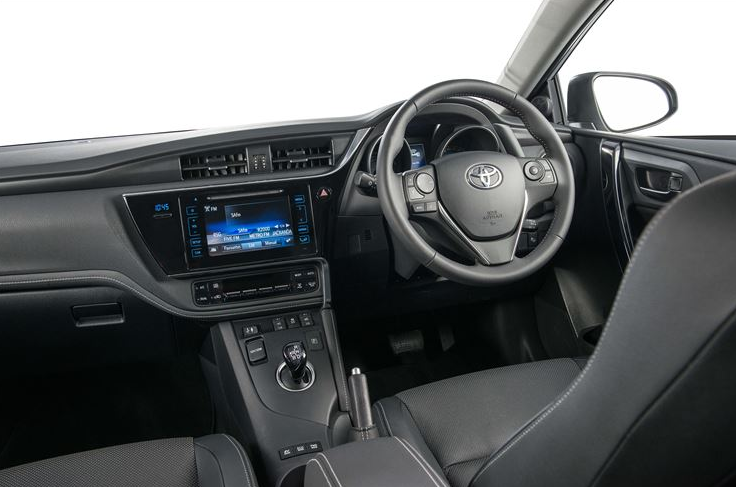 So with any car there will be things you love and things you hate. This is not exclusive to the Auris, or even to Toyota for that matter, but my biggest gripe with new cars at the moment are the touch screens and the volume buttons. I miss the days when you just turned a knob to adjust the volume or when you pushed a button to change stations. I feel that these touchscreens are as dangerous to operate while driving as smartphones are. Even after three weeks in this car I could not change the station or adjust the volume without looking at the screen. Thank goodness for the buttons on the steering wheel, but not all cars have this. Regarding the volume issue, I nearly change in to brown pants when my phone rings through the speakers after I’ve been listening to my favourite song at full blast. To try and turn the volume down quickly is near impossible and you end up almost causing an accident. The cursing that ensues this would make grown men cry! 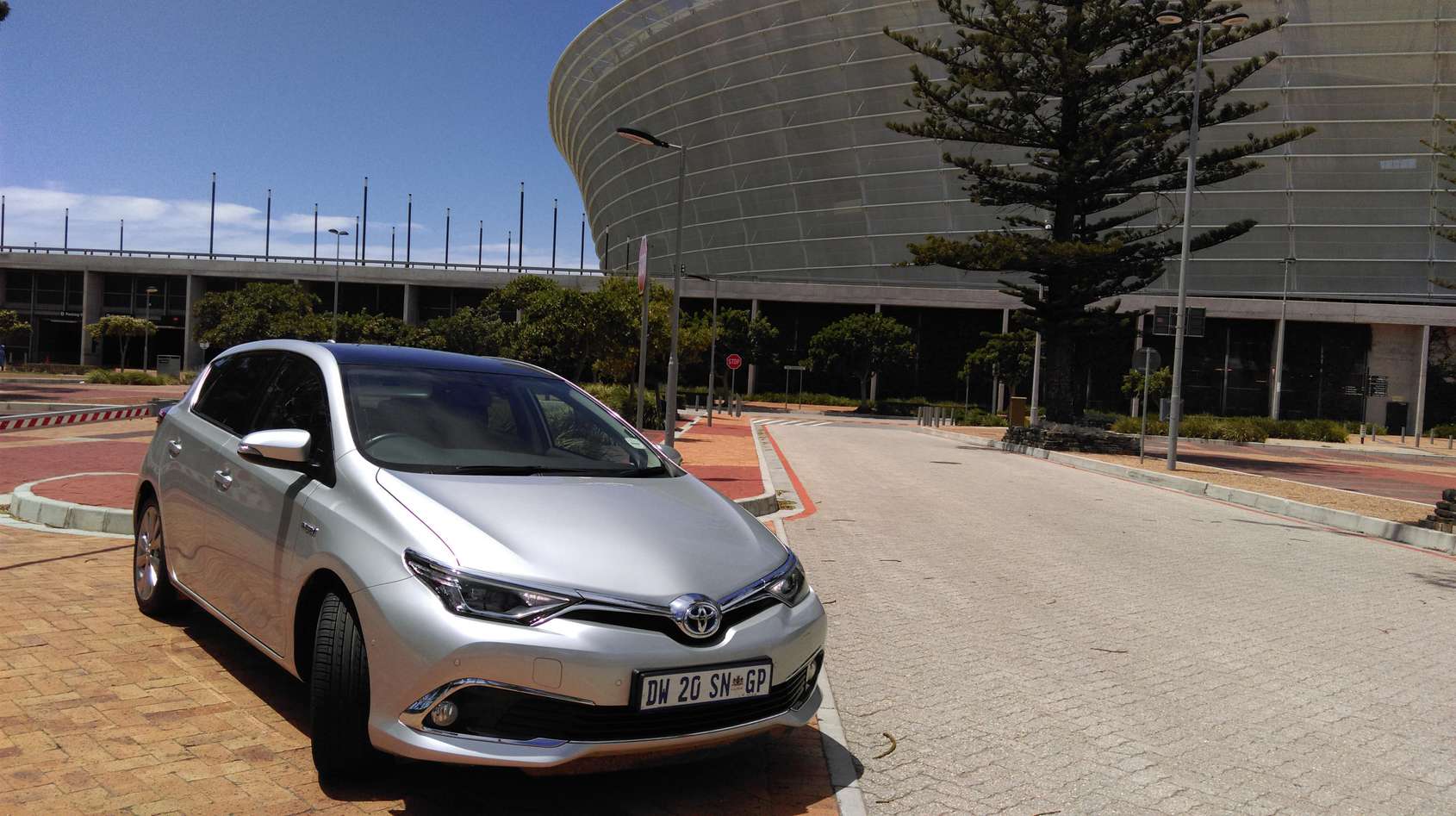 Something to love is the panoramic roof, especially if it’s raining, which to be fair only happened once in the middle of this insane heat wave we are having, but it was spectacular. It extends across the whole roof to the rear. 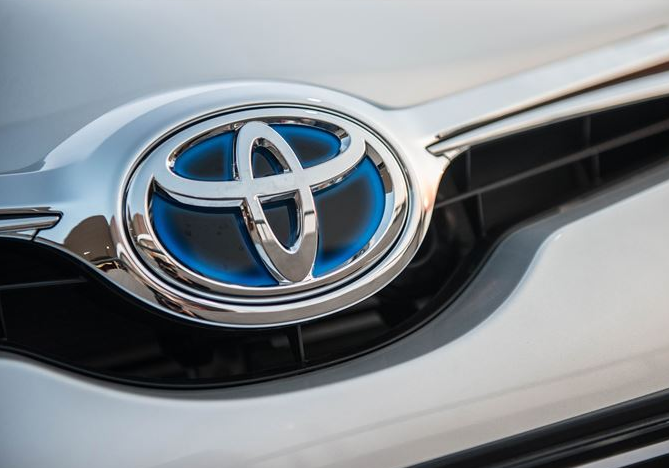 The Hybrid is powered by a 1,8-litre CCT-i Atkinson cycle engine which is paired with a high voltage battery and motor generator, which combines to form the Hybrid Synergy Drive (HSD). You might think, like I did, that this would be a sluggish little thing that is perfect for city driving but a nightmare on the open road. Oh how wrong you are! Put this guy in to Power mode and you will have no problem over taking, up hill! In Power mode the vehicle’s engine and transmission’s control logic is reprogrammed which sharpens the throttle response and a more linear throttle mapping is applied. Basically, it makes it more responsive and quicker but obviously uses more fuel. However, even with the Toyota Auris Hybrid in Power mode you can average a fuel consumption of around 5,4 l/100 km. It cost us R460 to fill up the tank and we got just over 900 kms. That alone makes this car so appealing. The holidays were far less stressful not having to worry about the cost of fuel. If you drive at a speed of 40 km/h (not on the highway obviously) you can select EV mode which turns the car completely electric and you don’t use fuel, zero emissions are emitted and you won’t hear a peep from the car, it’s a mere whisper. Also a fun party trick for your friends as you leave a gathering in a silent car. 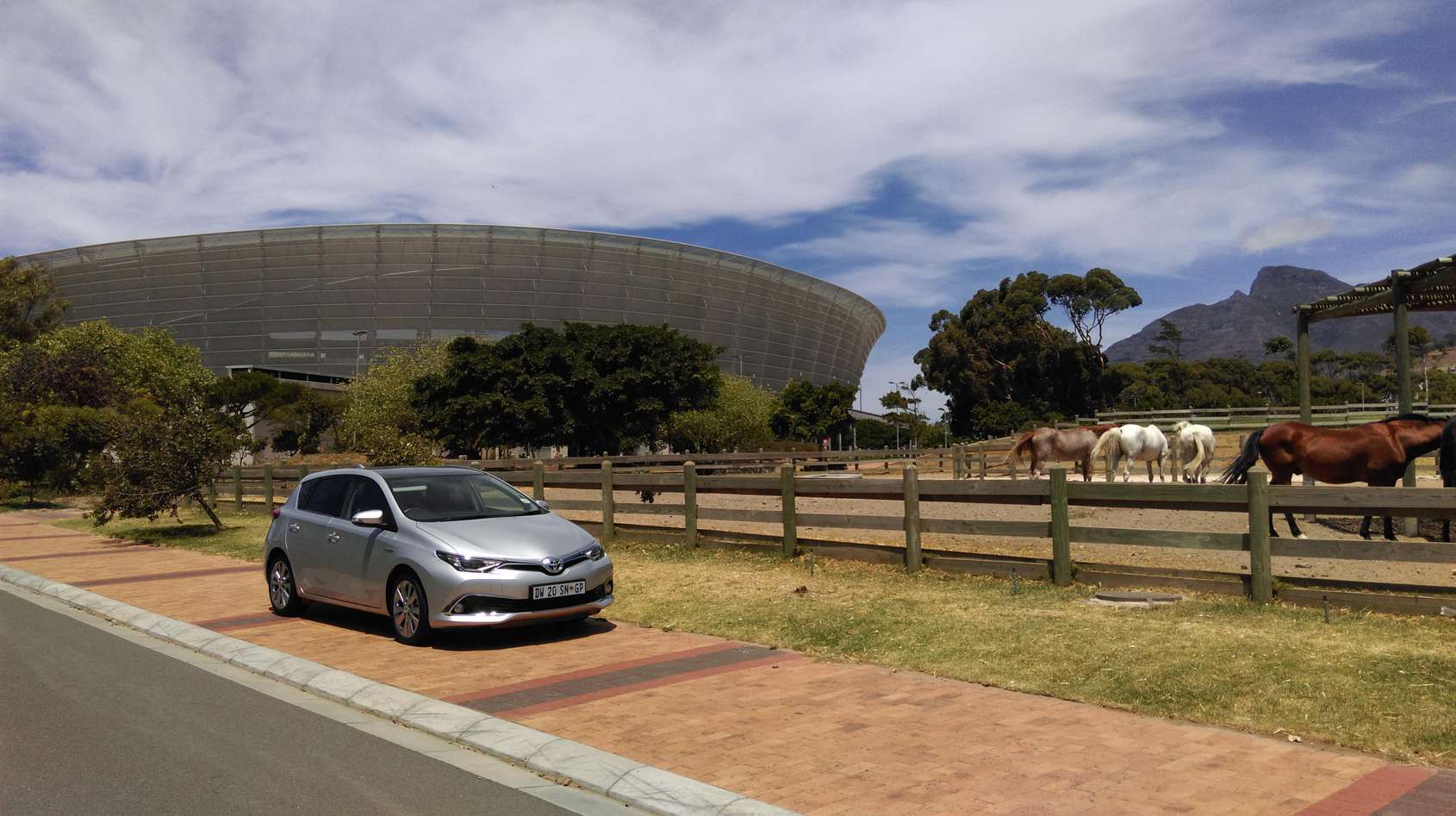 I’m really sad to see this car go. My fiancé , who currently drives a previous generation BMW 3 series, is looking in to buying a Toyota Auris Hybrid instead. I think that says it all really doesn’t it? I don’t need to buy a car, so the next best thing to do would be to get my partner to buy one…and I fully support his choice this time! Plus, we will feel better about ourselves as we do less harm to our beautiful planet. Beat that!