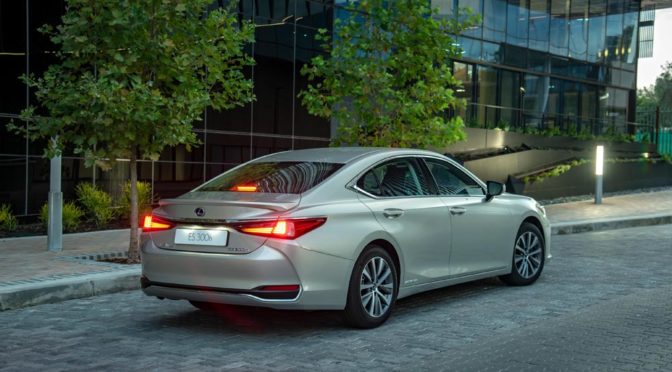 The future is electric, so they say. The challenge lies in the transition from fossil fuels powering cars to electricity charging them, what’s the in-between step? To put it in context, babies don’t go from sitting and gurgling happily at their mobile to walking competently, they need to go through the transitional phase of crawling to get to walking. The same applies for transitioning from petrol/diesel to electric, we need an in-between, and that’s where hybrids feature. 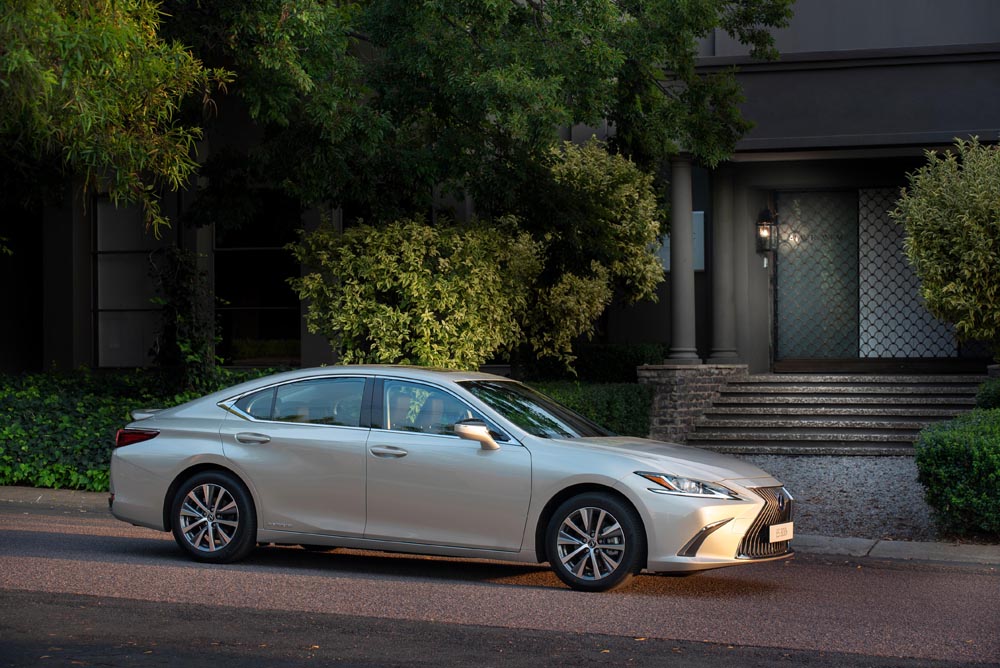 Lexus is leading the hybrid charge in South Africa currently, they have five different models available with hybrid technology, to date these have only been available in the top-spec SE lines. In 2019 they held a 39% market share for hybrid/electric sales in the premium and luxury sector of the market, in 2020 they hope to grow that number with the introduction of a hybrid with ‘entry-level’ spec.

When the ES 300h SE launched at the end of 2018 they assured us that our market would get an ‘entry-level’ EX spec hybrid to the ES range. Cue early 2020 and Lexus have delivered on their promises. The ES 250 EX entry-level petrol has a hybrid sibling. Based on the new fourth-generation, self-charging hybrid system that promises improved fuel efficiency, responsive performance and minimal emissions.

On the outside, it’s the same suave Lexus ES that we’re familiar with, long-raking lines, an elegant lithe-ness to the bodywork, and of course the futuristic grille featuring mesmerising chrome lines. On the inside, it’s everything the outside promises; space, elegance and technological convenience features. 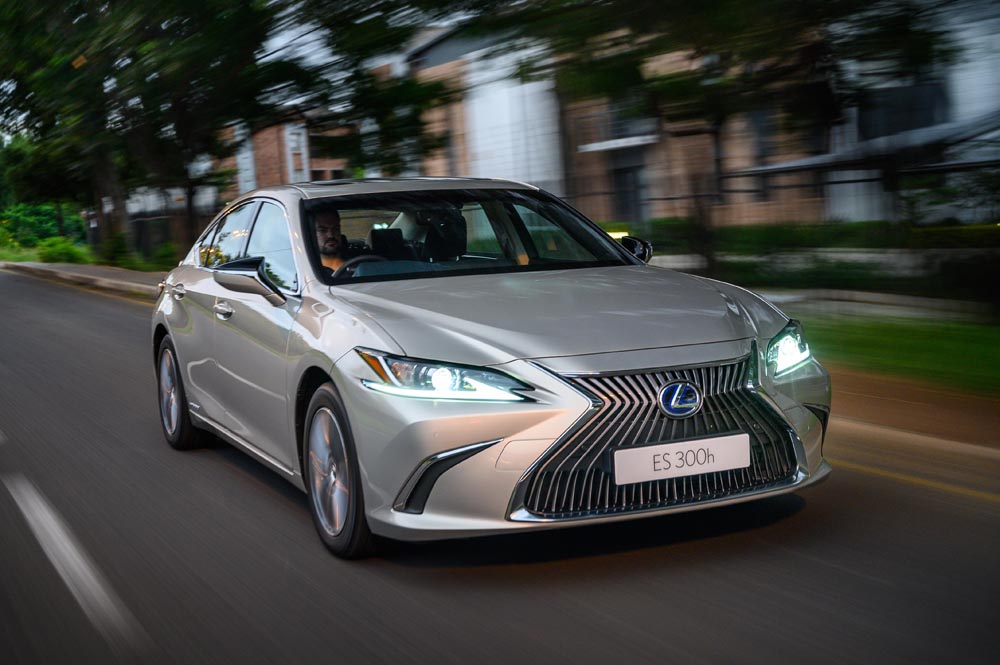 The interior is incredibly spacious and uncluttered. A pet peeve in luxury sedans is the amount of accoutrement that is often fitted into the vast space, resulting in a rather cramped feeling (looking at you S-Class). At the launch we tested out the back seat; my six-foot frame had plenty of legroom, the seats were ridiculously comfortable as is the ride quality, when it was my turn to take the wheel I did have a moment of “do I have to, I’m really comfortable back here”.

An incorrect presumption would be assuming that the entry-level EX spec line comes with a vastly paired down offering, this couldn’t be further from the truth. Interior is the usual Lexus fair, Nulux fabrics in either Topaz Brown, black or Chateau. Nulux? That’s what Lexus calls its eco-friendly simulated leather. 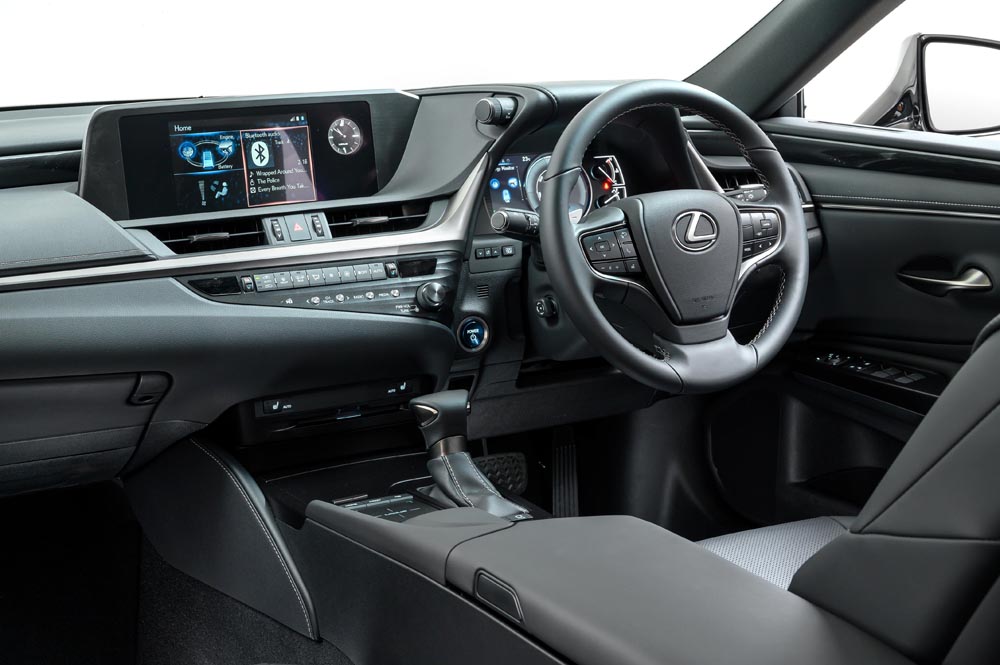 Tech features in the ES 300h EX are similar to that of the 250 EX; park distance control with reverse camera, 17-inch alloy wheels, a moon roof aka sunroof, rear spoiler (not on the 250 EX). A newsworthy upgrade to the ES range is the new 2020 infotainment system featuring Apple CarPlay2 and Android 3Auto connectivity. The in-car WiFi connectivity is fantastic, allowing driver or passenger connected services such as music streaming. The first 15 GB is free with top-ups made easy from the connected app.

The ES 300h EX is powered by the same self-charging hybrid-electric system found in the rest of the Lexus hybrid models. The base underpinning for the hybrid system is a 2.5-litre four-cylinder petrol engine that is augmented by an electric motor to produce a total of 160 kW. Loaded with four passengers the car didn’t feel overwhelmed or sluggish, the response wasn’t impaired either when a quick power delivery was needed.

As first impressions go the Lexus ES 300h EX is a worthy competitor in the market, super comfortable, easy to drive and uncomplaining when asked to perform. Pricing is on par when put up against equivalent or ‘efficient’ models and we hope that buyers consider this hybrid option. 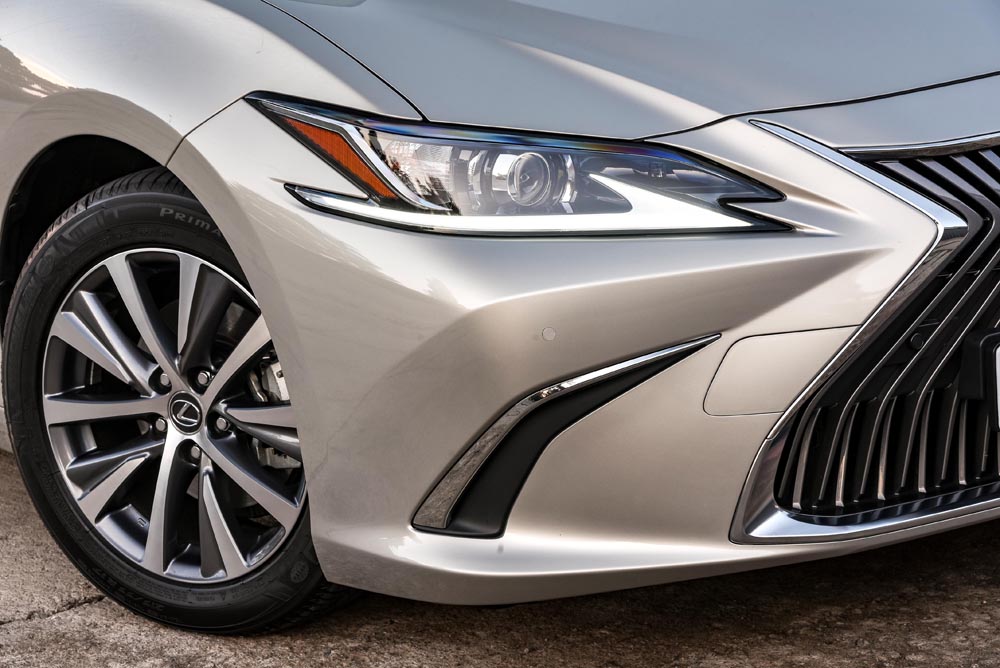