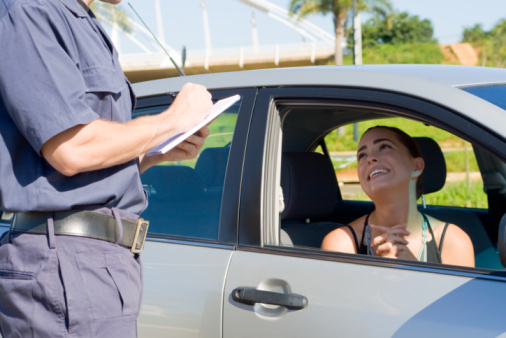 Ever dreaded the thought of being arrested while driving? I’ll go through the few scenarios in which this hopefully won’t happen to you!

Obviously committing any crime in, while in the presence of a police officer will result in your immediate arrest. So assuming you’re not actively involved in some kind of serious criminal activity, there are probably three scenarios in which you could be arrested:

So what does it take for you to be arrested for driving under the influence?

So if you’re drinking and driving and you either come across a road block, or are driving in a manner that arouses the suspicion of a nearby officer –you’ll probably find yourself breathing down the end of a breathalyzer.

The second scenario, in which you obstruct an officer from performing his duty –  can include a wide variety of situations. Including, (but not always) the following:

Finding yourself in a situation whereby you are being arrested for an unpaid traffic fine, more than likely entails:

In this scenario, your failure to pay the traffic fine or show up in court, resulted in a warrant for your arrest.

There are of course many other ways in which you could be arrested, it is very much up to the officer arresting you. There’s very little point in resisting, if you’re innocent you should be released fairly shortly.