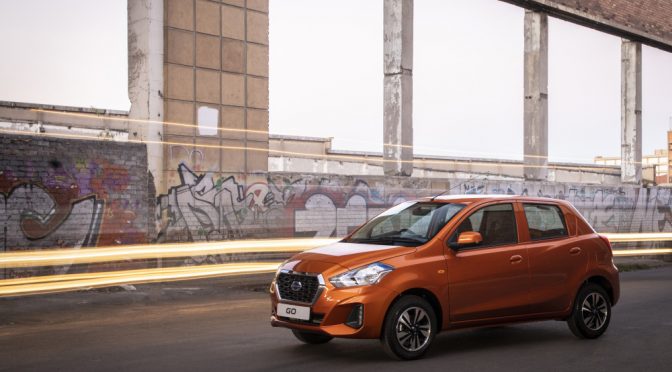 The new Datsun Go launched towards the end of 2018 and with it came a lot of evidence to suggest that for some, owning the new Datsun Go could be more effective than using public transport.

At its launch, Datsun noted that the new Go is targeted at those who have (up until now) been making use of public transport and are now looking for their next step, without having to sell a kidney! The Datsun Go, with its value-for-money and entry-level price tag is fit for first-time car buyers. In fact it was calculated that you could own a brand-new Datsun GO for as little as R75 a day.

“The Datsun GO was launched late last year and the Mid Spec model costs a total of R144 500.This means over a period of six years with zero-percent deposit, R75 a day would pay off this zippy car as well as cover the costs of interest,” says the automaker.

You can read more about the new Datsun Go in our launch review here.

Young South Africans struggle due to the lack of mobility – be it the cost of public transport or owning your own vehicle. The new Datsun Go allows the aspirational youth to take charge of their wheel, move at their own speed and be mobile. Meet Mpumi, she’s 26 years old, lives in Soweto, and is a BTech Journalism student at TUT in Pretoria. She lives in Soweto and works in Sandton. Let’s see what would be more effective if she’d had to choose between public transport or owning her own Datsun Go… 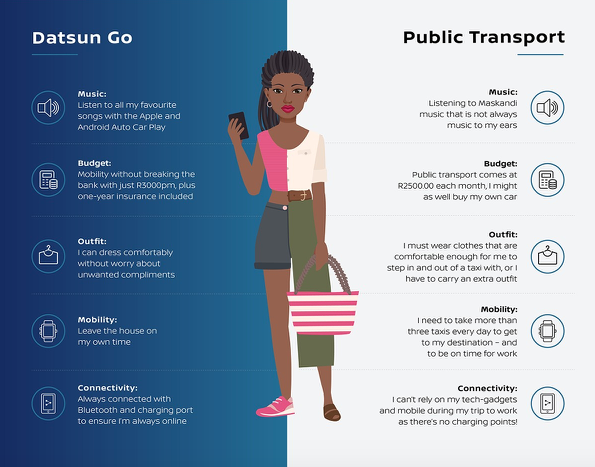