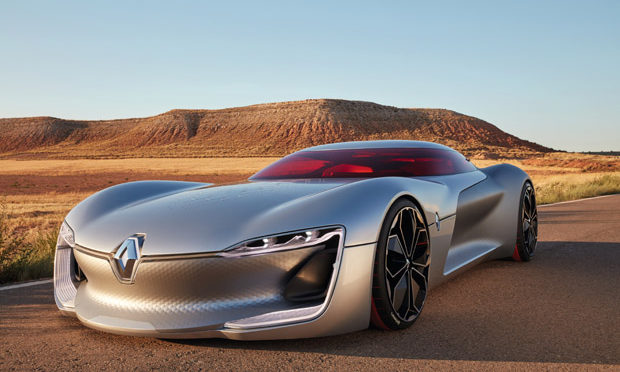 The Renault Trezor has been crowned 2016’s Concept Car Design of the Year, based exclusively on the votes of a 20-strong judging panel featuring some of the world’s top car designers.

“It was a really close-run race this year but Renault’s low-slung, long-nosed, rear-wheel drive, two-seater electric GT clearly appealed to our panel of normally hard-to-please professional car designers. Judge after judge praised the French EV concept’s dramatic exterior proportions, its interior flair and magnificent use of materials and the strong design connection between exterior and interior. All round, the Trezor is a triumph of creative design and a worthy winner of the 2016 Concept Car Design of the Year,” Car Design Review 4’s editor Guy Bird.

“It’s an honour to receive this award because it’s voted by our peers, and that’s the hardest audience to satisfy. It’s great for our design team and their creativity, and I think it only makes us hungry for more, it stimulates us to continue,” said Laurens van den Acker, senior vice-president of Groupe Renault corporate design.

The Car Design of the Year awards – organised by the team behind Car Design News. The judging panel is exclusively made up of a cross-section of some of the world’s top car designers. This year’s panel includes design bosses from established marques like Peter Schreyer, chief design officer, Hyundai Motor Group; Mamoru Aoki, executive design director, Nissan, Gorden Wagener, chief design officer at Daimler and Ralph Gilles, head of design, Fiat Chrysler Automobiles.

Also read: The Opel GT concept – the future look for all sports cars?

Also represented were design directors of recent start-up brands Nio (Kris Tomasson) and Lynk &Co (Andreas Nilsson), plus leaders of some of the world’s major automotive suppliers and universities. In order to select the 2016 Concept Car Design of the Year, judges name their top three concepts from a 12-strong shortlist compiled by Car Design News staff.