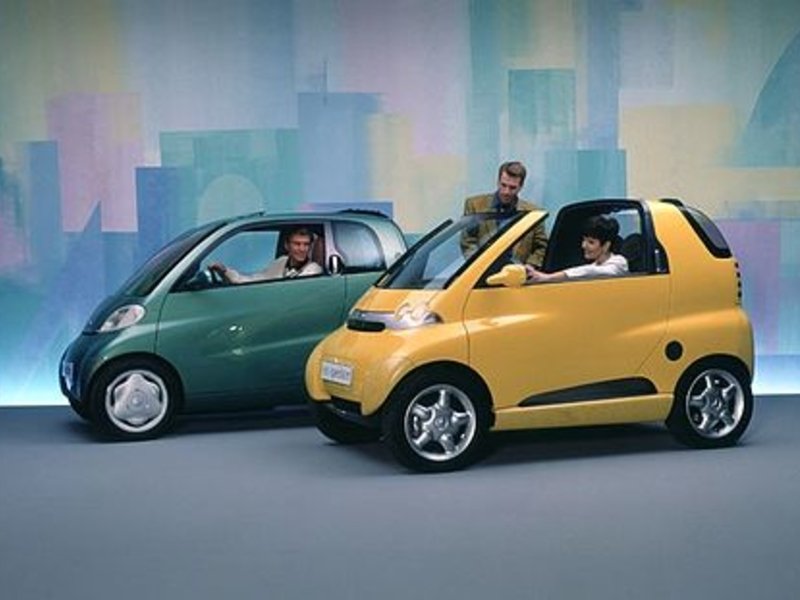 We expect carmakers to bring out some impressive cars every year. Waiting around for Ferrari or Volkswagen to show off their latest and greatest is standard. However, some of the most fascinating cars ever created or designed came from non-carmakers. We’ve pulled together some incredible cars created by those you least expect.

Sony is known as an electronics company but in 2020 is debuted the Vision-S. This electric prototype was created to show-off their in-car technology including 33 safety sensors, in-car entertainment and of course built-in speakers. Sony hasn’t confirmed whether they will be entering car manufacturing full-time and releasing this model but they haven’t denied it either.

A proudly South African product, this weird orange car was created by an Mzansi orange company in the 1970s. Outspan wanted to create it as a promotional car for Europe of a similar design as the Mini. This completely circular and bright orange colour was sure to catch attention and it successfully did.

Boeing is known for their aeroplanes but in 2019 it announced it was teaming up with Porsche to create a model electric flying car. Since the model was released there has been little indication of when a full flying prototype will wow us. If anything, the pandemic has shown that flying cars have been put on the backseat for most who were trying to start-up in this field.

This driverless car aims to be powered by the graphics processor Nvidia. Powered by the Nvidia Drive PX2 chip, it’s an impressive attempt by the software company to prove its card strength and capabilities outside of the computer.

It’s not entirely surprising that a tyre company would want to expand into a full car. In the 1970s, Michelin built a prototype powered by Chevrolet engines and 10 wheels. At an impressive 9,500kg, it was a massive car and a bizarre one to look at.

NASA are all about space and so it not entirely unfamiliar with building vehicles for space. However, these rovers usually look like small robots rather than cars that can be driven or used by humans. NASA 1 however, is a prototype of the kind of rover we might see on Mars in the future. A roving laboratory, it is expected to do more than our current rovers are able to do.

Another airplane manufacturer trying something else. After WWII, Messerschmitt was banned from making planes and so tried to pivot to cars instead. The KR200 had reference to their aviation heritage and appeared as a small bubble car. After this wasn’t particularly successful, the German company went back to making planes and eventually was absorbed as part of Airbus.

Better known for their assault rifle, the company recently revealed its pivot into car making. In 2018 it unveiled its CV-1, a Soviet-inspired electric hatchback. Whether these will actually go to market in Russia or even worldwide is still to be seen but it’s always interesting to have some variety on the market.

Watch-maker Swatch at one point wanted to bring its brand to a line of customisable city cars. These Swatchmobile’s were debuted in the 1980s and were aimed to replicate the consumer’s experience with their watches to these cars. Still, think you’ve never heard of them? Well think again, these are actually SMART cars, those small strange cars that were popular for a minute before disappearing almost entirely.

While not known in South Africa, Maytag was a US washing machine company that has since been bought by Whirlpool. The company bought the Mason Automobile Company in 1910 and actually managed to create and sell 1,500 cars under its name before disappearing forever.