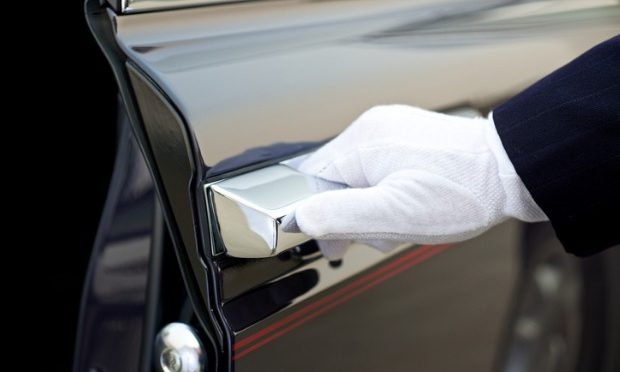 Chauffeur driving is a service which was adopted by the wealthy decades ago to show class and rank in society. However, these days, while the environment of chauffeur driving has changed significantly, with businessmen optimising precious drive time to send emails or compile presentations in the rear seat; Rolls-Royce still offer this as an option to its customers.

When you think Rolls-Royce chauffeur, the first thought that comes to mind is white gloves, suit and tie service to accompany the most exclusive and luxurious cars in the world. In fact, this profession was not taken lightly and back-in-the-day you had to undergo extensive training to become part of this elite group of chauffeurs. The School of Instruction at Hythe Road, London was a chauffeur driving school that trained roughly 8,000 Rolls-Royce drivers, of this number 3,512 became chauffeurs, 602 were private owners of Rolls-Royce vehicles, and 625 were the company’s own personnel.

Chauffeur driving is a personal choice rather than a service offered specifically for Rolls-Royce drivers. At the Rolls-Royce Motor Cars dealership in Sandton, there is a designated Rolls-Royce chief driver who is not only knowledgeable about the vehicles but also the city and driving Rolls-Royce’s effortlessly through the hustle and bustle of Jo’burg.

Jan Mahlangu, Roll-Royce chief driver, previously worked at Hyde Park Auto with the Aftersales Manager for Rolls-Royce and couldn’t believe his luck in 2005 when he landed the position at Rolls-Royce Sandton as the Chief Driver in South Africa. Having spent over 12 years working for the brand, Mahlangu has had the privilege of driving all the current Rolls-Royce models.

Via the Daytona concierge service, Rolls-Royce owners will request the services of Jan, who is then thoroughly briefed and booked for the client to match his request.

“The thrill that comes with being able to drive the most luxurious cars in the world is indescribable. I have been doing this for many years but every drive in a Rolls-Royce still feels like my first,” says Mahlangu.

Mahlangu has transported Rolls-Royce customers to business meetings, as well as high-ranking individuals to prestige events and charitable causes. “I have had the privilege of meeting people I never thought I would, such as local celebrities and MP’s.  Being part of the brand has afforded me opportunities I will cherish forever.”

Passengers of Mahlangu have complimented his driving saying, “Nothing beats being driven in style and in the epitome of luxury with a driver who affords the same level of elegance and comfort.”

Mahlangu concludes, “Being a driver is a service that many people attach little importance to. In doing this I have realised that for a Rolls-Royce customer, this service fills a need and is just as important as the person who sells the car to them. Its convenience further emphasises the luxury lifestyle offering that comes with owning a Rolls-Royce.”