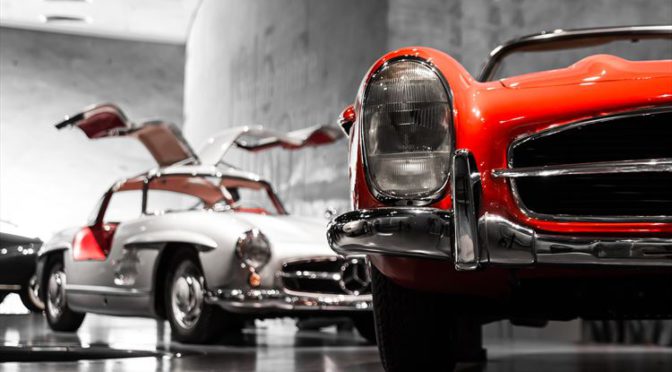 The WesBank SA Motoring Experience, which will be staged at the Kyalami Grand Prix Circuit and Conference Centre from September 1-3, will make use of six themes to ensure that it caters for all interest groups in terms of the wider world of motoring. This means that this year’s programme will range from test drives and interactive motoring 4×4 experience, super cars and pit access to elite classics and motorsport legends.

“Never has a motoring event in South Africa offered such a wide range of activities and areas of interest as the upcoming event,” said Konstantin von Vieregge, the CEO of the organising company, SA Shows Messe Frankfurt. “It will, in fact, be the complete motoring experience.

“The development of the SA Festival of Motoring and its off-shoot, the WesBank Motoring Experience, by SA Shows Messe Frankfurt has flowed from the Johanessburg International Motor Show, which took place bi-annually in the past.

“This was basically a static display of vehicles and related products. Our move to significantly alter the concept of a motor show follows the international trend where several motor shows – including some events with long histories – have come to the end of their useful life and been discontinued,” explained Von Vieregge.

“We have decided to develop a fresh new approach to motoring events instead of following some international motor show organisers by discontinuing the local event entirely. Last year we staged the Festival of Motoring at Kyalami. That event was well accepted by many exhibitors and visitors, but we realised that fine tuning was required. We believe we have made these changes with the format for this year’s multi-faceted Motoring Experience.”

As a value-added bonus this year, the 2017 Johannesburg Boat and Water Show will be co-located at the Kyalami venue over the same period as the WesBank Motoring Experience.

“The target market we are aiming for in terms of show visitors is wide as it includes car buyers, motoring fanatics (so-called “petrolheads”), motoring enthusiasts, and those for whom motoring is very much part of a specific lifestyle,” added Von Vieregge.

“It is for this reason that we have spread our offering over six themes to broaden the appeal to visitors and the response from exhibitors to this concept has been very positive.

“Denis Klopper, who has had a wealth of experience organising motoring events and races at the Kyalami circuit, has joined our organising team as a consultant responsible for adding meaningful content to the Motoring Experience. He is working closely with the organisers of the Goodwood Festival of Speed, with whom Messe Frankfurt has a global partnership agreement as it rolls out similar events worldwide. This involved Denis attending the recent event at Goodwood, were he gained excellent input for the South African event.

“We are confident that the 2017 WesBank Motoring Experience will provide visitors with an outlet for a host of emotions, ranging from excitement from high speed track demonstrations to passion, with the latter driven by an awesome display of elite classic cars, the presence of many motorsport legends and several significant car parades on the track, including 70 years of Ferrari, 50 years of AMG Mercedes-Benz, 50 years of Formula Ford and 50 Years of the Ford Perana,” concluded Von Vieregge.