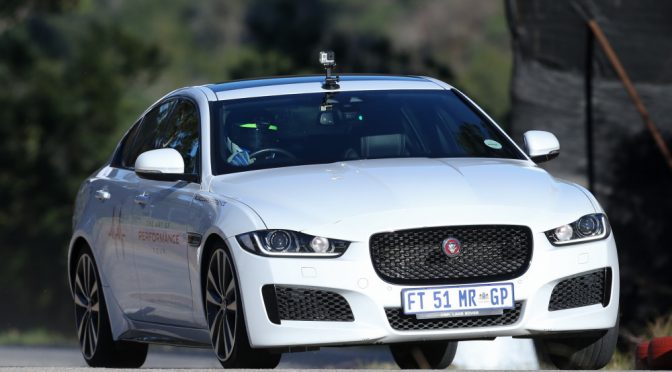 The 10th anniversary of the Jaguar Simola Hillclimb, scheduled to take place in Knysna from 3 to 5 May, will be streamed live onto Jaguar South Africa’s YouTube channel so race fans can watch the competition from anywhere in the world.

All three days of the race, starting on Classic Car Friday and wrapping up with the King of the Hill Finale on Sunday Afternoon, will be available online for any viewer with an internet connection. Twelve cameras will be placed alongside the 1.9km Simola track to catch every moment of action, while a dedicated camera at the start will broadcast every competitor’s launch off the line.

Another camera will roam the pit complex to offer live updates from two presenters.Popular radio personality and motoring journalist Jacob Moshokoa, together with Jaguar Simola Hillclimb race veteran Dawie Olivier, will be the voices of Jaguar Simola Hillclimb 2019 and will inform viewers of all the happenings on track and behind the scenes.

Jacob is an authority on all things motoring with regular on-air slots on the 702 and Cape Talk radio stations. Having contested every Jaguar Simola Hillclimb until now, Dawie’s intimate knowledge of the event and competitors is unparalleled.

Aside from the live commentary, viewers will benefit from live timing and competitor leaderboards making it easy to keep track of which car and driver combination is placed in individual sessions including respective grand finale runs.

Viewers can tune into Jaguar South Africa’s YouTube channel at www.youtube.com/user/JaguarSA1at any time over the course of the race weekend which runs from the morning of Friday, 3 May to the afternoon of Sunday, 5 May. The broadcast will also run 24-hours a day outside of the live action for viewers to catch highlight reels and a selection of on-demand content.

Jaguar also invites Gauteng residents to its newly-built Jaguar Land Rover EXPERIENCE facility in Lonehill, Johannesburg to watch the live stream in its 52-seater cinema and on various screens throughout the premises.

Guests can enjoy the non-stop racing action, or partake in a number of complimentary vehicle test drives on the various EXPERIENCE tracks including the Skidpan, Dynamic Handling Pad, Land Rover Adventure Park and Kingsley Holgate Expedition Trail. Kiddies are also welcome to drive miniature electric Jaguar F-TYPEs and Land Rover Defenders free of charge, and the on-site TLC restaurant and its viewing deck will be open for business as usual.

The venue will be open from 8am to 5pm on all three days. Jaguar Land Rover EXPERIENCE Johannesburg is situated at 1 Capricorn Drive, Lonehill and can be reached at 010 023 0462, [email protected] or [email protected]

First held in 2009, the Jaguar Simola Hillclimb celebrates its 10thanniversary this year. Jaguar has been the title sponsor of the event for the past six years and on each occasion has used the opportunity to demonstrate the high-performance capabilities of its various product ranges.

For the 2019 edition Jaguar has enlisted five well-known racing drivers to take on the Simola Hill and rival competitors alike. World Champion karters and former professional race and rally drivers Mark and Gavin Cronje will challenge for the overall win in the road and supercar category in a pair of identical Jaguar F-TYPE SVRs. This thrilling race within a race will finally reveal which brother is quickest after a decades-long rivalry between the two.

A fleet of three all-electric Jaguar I-PACEs will contest the EV and Hybrid class, with ex-Touring Car aces Mike Briggs, Deon Joubert and Shaun Watson-Smith at the wheels. The trio comes armed with more than 20 South African and international championship titles between them. Ultimate bragging rights are on the table for the quickest of the three, who famously battled door handle to door handle in a variety of tin-top racing series throughout the 1990s.

The 2019 Jaguar Simola Hillclimb also marks the South African debut of the new 405kW F-PACE SVR. A pair of Jaguar’s highest-performance SUVs are entered with journalists and skilled drivers Ashley Oldfield from Cars.co.za and Marius Roberts from Ignition TV set to challenge for Bakkie and SUV category honours.