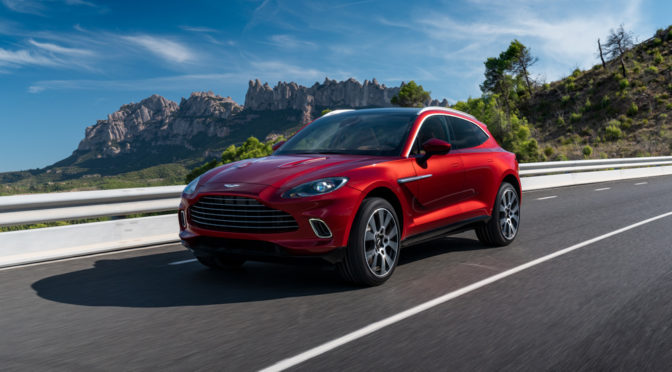 The times as they say are changing. After 106 years of crafting sexy sports cars Aston Martin has unveiled the DBX… an SUV. Before you perform a mental facepalm, let’s give it a chance, maybe there’s something here. Aston Martin claim the DBX is a new era for the sports car maker to deliver performance, style, and usability.

Set to be built in Aston’s new manufacturing plant in St. Athan, Wales we have no doubt the promises of luxury and pushing the boundaries of engineering will be delivered on. We’re still stuck on the point that it seems Aston has sold out by building an SUV. Call us a purist, Aston’s need to be two-doors, make you want to lick it and sound like Hades after a rough night. And we’re sure we’ll get over it, we’ve accepted Porsche’s Cayenne after all.

Aston Martin Lagonda President and Group CEO, Dr Andy Palmer says, “I can’t emphasise enough how incredibly exciting and significant DBX is for Aston Martin. Through its development alone, this beautiful SUV has already taken the company into new territories and in inspiring directions. DBX also marks a key moment in the delivery of the third and final phase of our Second Century Plan, not only representing the promised expansion of our portfolio but also signaling the start of production at Aston Martin’s second manufacturing plant.”

Aston Martin says they’re aiming for a dynamic SUV that revels in both on-road and off-road conditions. The triple-volume air suspension combined with a 48v electric anti-roll control system (eARC) and electronic adaptive dampers with a capacity to raise the ride height by 45 mm or lower by 50 mm sound promising for tackling any terrain. This adaptive air suspension, dampers, and eARC should allow maximum drive comfort when fully loaded with five occupants and luggage.

The all-wheel-drive DBX is powered the same unit found in the DB11 and Vantage, the 4.0-litre twin-turbocharged V8 engine, except it’s been specifically tuned for the DBX. Aston Martin promises a bit of Jekyll and Hyde in the DBX from the active exhaust system, quiet and refined one minute; loud, raw and angry the next. Now we’re warming to this idea.  Cylinder deactivation will supposedly reduce the fuel bill, although if you’re watching the fuel bill we have an article lined-up on budget cars. Performance figures at noteworthy, 0-100 km in 4.5 seconds, 700 Nm of torque and 404 kW with top-speed tapping out at 291 km. Keep talking Aston, we’re getting warmer. All this is transmitted to the black stuff via a nine-speed automatic gearbox and has some help from friends called active central differential and electronic limited slip diff or eDIFF. Aston says the steering system is bespoke, designed to deliver a sports car response and ultimately complete control for the driver.

Seeing as this is the first ‘family friendly’ car to come out of the Aston Martin production line they’re talking quite a bit about the versatility and practicality of the DBX. They say five-full seats, 40:20:40 split folding rear seats and 632-litres of luggage space.

Tech on the interior includes a 10.25-inch infotainment unit and 12.3-inch binnacle cluster for the driver, a 360-degree camera for narrow parking situations and Apple CarPlay, although the latter is somewhat of a given in any new car launched these days. For the passengers amusement there’s the ambient lighting to play with, all 64 colours in two-zones on offer.

Interesting part of the DBX info pack is the “separate central armrests, glovebox design and the ergonomic positioning of the car’s key control systems” that have had partial input from the brand’s Female Advisory Board. Hopefully we got a say on engine performance too.

Design details that stand out on the DBX include pillarless doors (a la sports car), tailgate with the Vantage detailing (ditto sports car), panoramic sunroof and DB heritage grille. There’s quite a lot of aerodynamic speak from the group, main being the computational fluid dynamic tests run with a trailer attached towing a DB6. The daytime running lights have an integrated aerodynamic duct, allowing air to flow through front-wheel arches, reducing drag and lift and importantly assist in cooling brakes down. 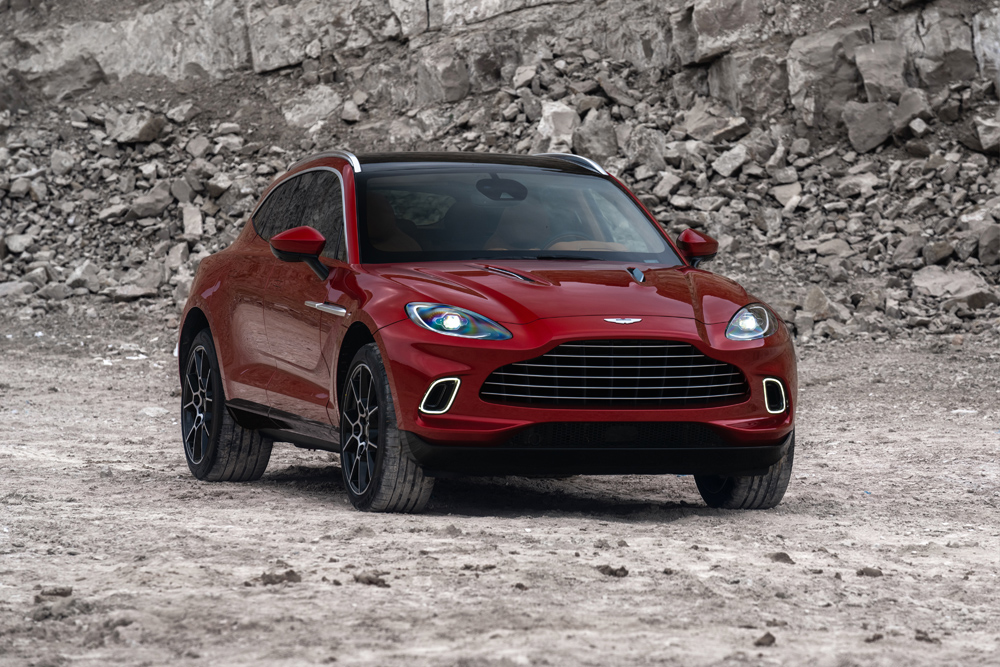 A lovely incentive for those with the cash to splash, the first 500 buyers benefit from the exclusive ‘1913 Package’, featuring bespoke badging on body and interior, including inspection plaque with details on limited build production. Each of these limited builds will be personally checked by Andy Palmer (him of the great tweets), a signed unique-build book and exclusive invite to a Aston Martin Lagonda cocktail shindig.