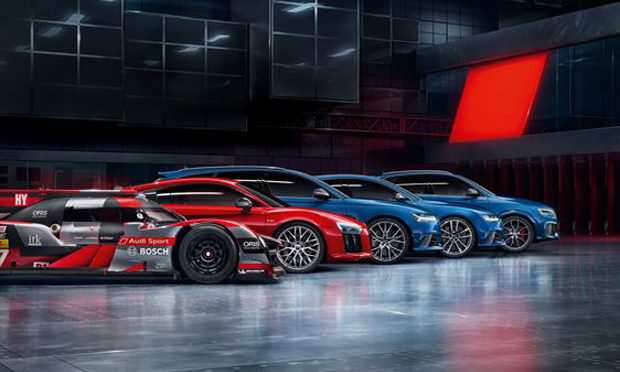 Audi’s sub-brand “Audi Sport” has officially launched in South Africa and with it comes a range of new high performance vehicles!

It all began with the introduction of the quattro all-wheel-drive in the 1980s which led to various victories that propelled Audi’s four rings across finishing lines in the motors port world.

Quattro GmbH was established in 1983 as a subsidiary of Audi AG with a focus on the marketing of accessories and vehicle individualisation. Later on in 1994, it was established as Audi’s Neckarsulm production facility for Audi’s high-performance cars, the first of whcih was the Audi RS2 Avant in the same year.

The Audi Sport range includes some of Audi’s most popular models, such as the Audi RS 3 Sportback, Audi RS Q3, Audi RS 6 Avant, Audi RS 7 Sportback and the all new Audi R8!

A Specialist Audi Sports Dealer Network is in place, consisting of thirteen Dealers specifically for Audi Sport customers. 8 of these are located within Gauteng while Kwazulu Natal, the Western Cape and Port Elizabeth each have two.

Where can you find them?

“Audi South Africa is proud to introduce the Audi Sport brand to South Africa,” said Paul Sansom, Head of Audi South Africa. “We know that South African consumers have a particular appreciation for high performance vehicles, hence we have embarked on this strategy to formalise a dedicated Audi Sport Dealer Network with specially trained staff to cater for this discerning customer. Audi’s history is firmly rooted in Motorsport and many production vehicles over the years have benefited from pioneering technologies debuted in this arena, therefore, the launch of Audi Sport also provides us with the opportunity to leverage the carious international Motorsport activities under the same brand umbrella making it easily identifiable with out performance credentials.” concluded Sansom.

The Audi Group is present in more than 100 markets worldwide and produces 16 locations in twelve countries. Approximately 85, 000 people work for the company all over the world with about 60, 000 of them in Germany.