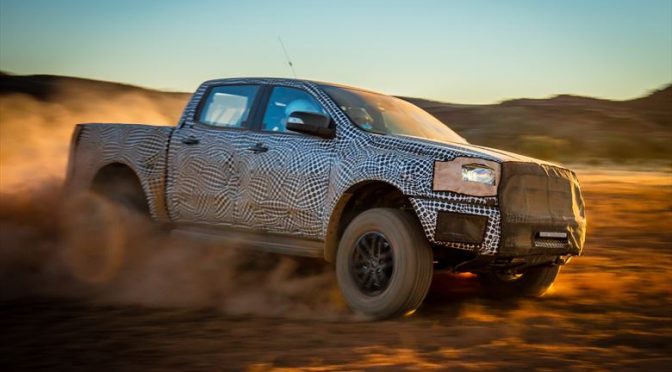 Along with the continued local investment, it has also been confirmed that the thrilling, first-ever Ford Ranger Raptor will be produced in South Africa when it hits the market in 2019, introducing an entirely new level of off-road performance and capability to the one-ton pickup segment.

“As part of our strategic planning to accommodate the growing market volumes for the Ranger in South Africa and our export markets, the R3-billion investment will encompass both product and capacity related actions,” said Ockert Berry, vice president Operations, Ford Middle East and Africa.

“Looking further ahead, the expanded production capacity will ensure that we are geared up and fully prepared to respond to additional future market demands for the Ranger by ramping up our production even further,” Berry added. “This significant investment reaffirms Ford’s ongoing commitment to South Africa as a local manufacturer, exporter and key employer in the automotive sector, supporting a large number of direct jobs as well as indirect employment through our extensive supplier base.”

With the extensive Ranger model line-up and its segment-defining levels of technology, safety and comfort features already making it one of South Africa’s best-selling vehicles, the range will be bolstered further in 2019 when local production of the exciting Ranger Raptor commences on the Silverton assembly line.

“The response to our announcement that Ford will be introducing a Ranger Raptor has been absolutely phenomenal, and we’re exceptionally proud to now confirm that this highly anticipated performance model will be assembled in South Africa,” stated Dr Casper Kruger, managing director of Ford Motor Company Sub-Saharan Africa Region. “This is yet another fantastic achievement for our local team, and signals our ability to produce world-class products of the highest calibre.”

The current Ranger programme has been an unprecedented success for Ford since it was launched in 2011, and the company has experienced remarkable growth in Ranger sales and market share, both locally and internationally with its export programme to over 148 markets in Europe, the Middle East and Africa.

Following the all-time record deliveries of 10,117 Rangers to local and export customers during September 2017, we delivered a total of 8,646 units in October. This continues to secure Ford’s status as one of the region’s leading vehicle manufacturers and a global centre of excellence for the Ford Ranger programme.

As an exciting new addition to the Ford Performance family, the Ford Ranger Raptor is a purpose-built, desert-racing inspired model that builds on the unrivalled heritage of Ford Performance’s legendary F-150 Raptor, the world’s most extreme production pickup.

Designed and engineered to deliver an adrenaline-pumping driving experience, the Ford Ranger Raptor sports a head-turning exterior look that exudes toughness as well as a level of capability and off-road performance never before seen in this segment.

More information on the Ranger Raptor will be revealed in due course.