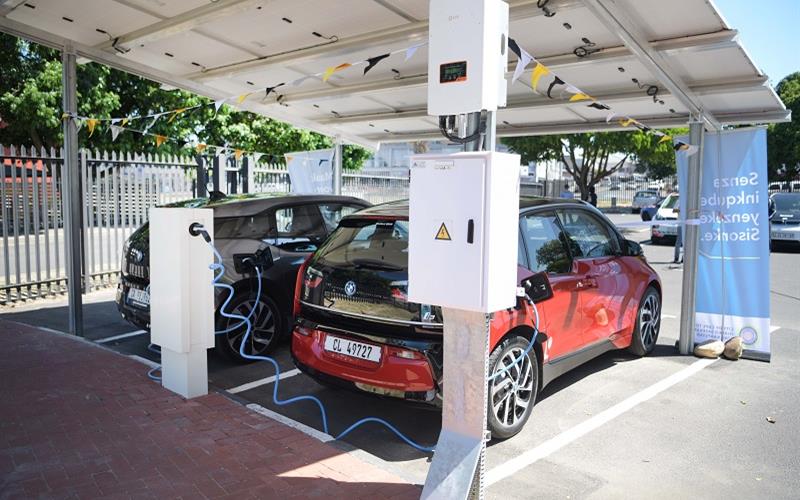 The public charging station is located in Bellville Civic Centre and will be free of charge for two years. The station was donated to the City by the United Nations Industrial Development Organisation (UNIDO). Another station is planned for Somerset West soon, according to the City.

“The sites were chosen because of their convenient, safe and visible locations. The chargers were donated to the City by the United Nations Industrial Development Organisation (UNIDO). eMobility offers an opportunity to create a healthier, more inclusive city, and one that uses a proactive climate change response to help drive the COVID-19 recovery,” said the City of Cape Town in a statement.

The City continued: “The City is supporting the uptake of eMobility for all and is developing initiatives to drive the growth of this technology in Cape Town, so that it can become more accessible and rolled out in the future to benefit all Capetonians. The donated charging stations have been installed in the parking areas of the Bellville and Somerset West civic centres. The charging station in Somerset West will be opened to members of the public soon.”

There is a global uptick in EV purchases rather than fuel-powered cars. A number of countries, including the United Kingdom, have set dates to ban the sale of internal combustion engine (ICE) entirely.

People are growing far more conscious of their impact on the planet and a move to an EV is a step in the right direction.

Picture: The City of Cape Town