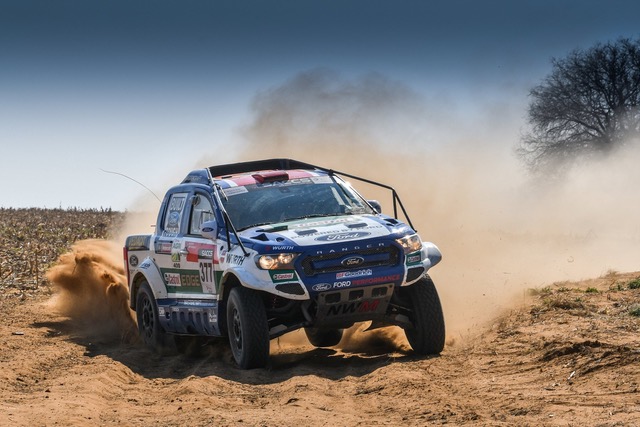 It’s a family affair with the Neil Woolridge Motorsport (NWM) team. Neil and his sons Lance and Gareth make up this group who have long links with motorsport in South Africa.

Neil claimed numerous South African championships on two and four wheels, and living the Dakar Rally dream in 1998 and 1999. With Gareth, the apple doesn’t fall far from the tree.

“My first bike was a Yamaha PW80 that dad bought on auction,” the 26-year-old said. “The paint was peeling and cracked and it didn’t run, so dad and I stripped it down completely in our garage at home and rebuilt it together.”

Since then, Gareth has been involved in all aspects of racing. When he was 16 he competed in a single-seater buggy known as a ‘cricket’, which was modified to run a Yamaha Raptor 350cc engine.

Success soon followed, as he won the KwaZulu-Natal championship in his first year, and claimed his second regional title the following season, now racing with a more powerful 450cc engine – for which he was awarded KwaZulu-Natal colours for motorsport at the age of 18.

The rapid rise in popularity of side-by-side (SxS) all-terrain vehicles as a more affordable form of motorsport saw Gareth being sponsored by Polaris to compete in the regional championship, then moving up to the national series the following year with long-time friend Boyd Dreyer fulfilling the co-driver role. 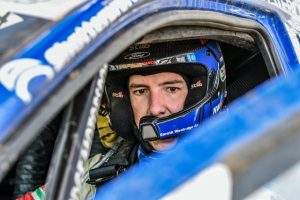 Between 2015 and 2019, Gareth continued to move and achieve across the world of racing.

In 2020, he was tasked with building the all-new FIA Ranger – powered by Ford’s 3.5-litre EcoBoost V6 engine – in preparation for its planned debut at the Botswana Desert Race in June but COVID-19 put a pause on that.

When the 2020 SA Cross Country Series (SACCS) finally resumed in August for round two, Gareth and Boyd returned to action after almost a year and a half out of the hot seat.

“We are very happy with our results this year, considering that we’ve been at a disadvantage to our rivals, but the podium finish in Parys was a great achievement for the team,” Gareth says. “It showed the immense work everyone put into the Ranger behind the scenes to ensure we could challenge for podium results.

“I have been very fortunate to have Boyd as my navigator for the past six years, as he is extremely professional and dedicated,” he adds. “It also helps that we’ve been best friends since school and we work very well together as a team, which is essential to achieve success in this sport.”