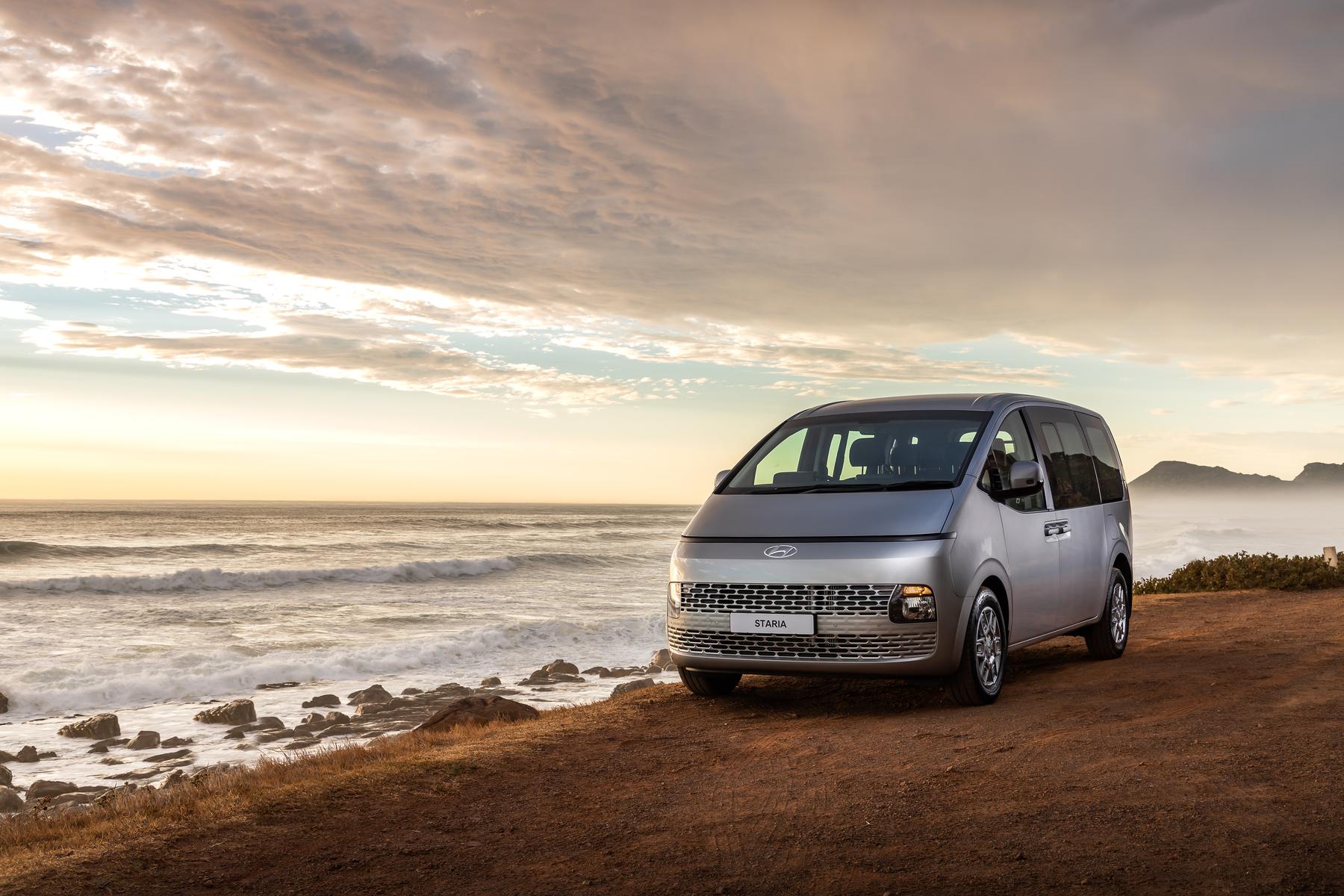 Hyundai’s newly launched STARIA multi-purpose vehicle range in South Africa has grown with the addition of the Multicab – a 5-seater van with a separate cargo area that adds a level of versatility which makes this an outstanding leisure vehicle, with the ability to carry large articles for commercial use.

The all-new STARIA, which arrived in South Africa in November 2021, features a futuristic design and delivers superior ride quality and a premium driving experience. 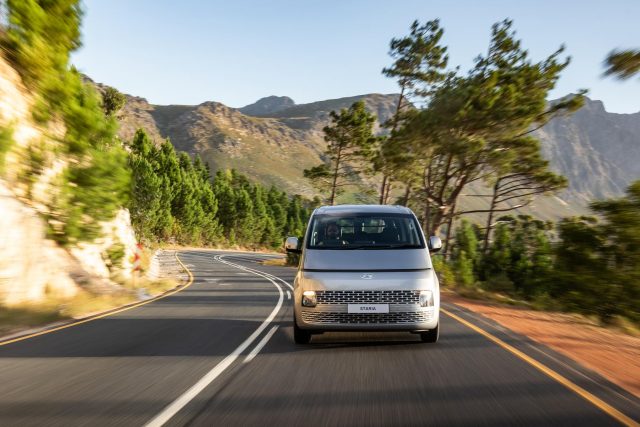 The Multicab joins three other STARIA variants in the South African range: the Luxury, Elite and Executive, with 7 to 11-seat configurations and various features and trim levels. A STARIA Panel Van will be added to the local range later in 2022.

“We have received numerous compliments and positive reviews after the initial STARIA launch in 2021, which confirmed the big step forward Hyundai has taken with this vehicle – it gives real meaning to ‘next level’. In only two months of sales it has captured 7% of its market segment for the year,” says Stanley Anderson, sales and operations director of Hyundai Automotive South Africa.

Evoking the streamlined form of a spaceship, the STARIA’s sleek exterior is defined by a single stroke running from front to rear — inspired by the curve of light that illuminates the Earth’s horizon at sunrise when viewed from space.

The STARIA’s front is characterized by a bold, wide radiator grille with a unique pattern. Its clean silhouette is further accented by a pair of low-set headlamps. Hyundai uses the same body colour for all front parts to maximize the vehicle’s modern and pure style. 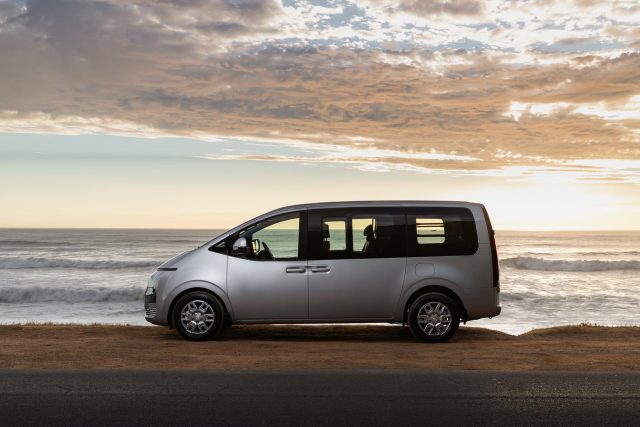 Lowered beltlines and panoramic side windows improve overall visibility and create a feeling of openness in the STARIA. This sense of spaciousness – inspired by traditional Korean “hanok” architecture – allows passengers to feel as if the outside scenes are an extension of the vehicle interior.

The design theme carries over to the rear, featuring elongated vertical tail lamps. The rear bumper is lowered so passengers can easily load and unload cargo.

The STARIA interior applies a simple and modest layout to highlight the driver’s convenience and passengers’ comfort, while staying faithful to its original value as an MPV. The cruise ship-inspired interior delivers an open and unique atmosphere through its innovative design architecture. The vehicle’s lower beltlines and panoramic windows create a spacious, stimulating environment for the driver and passengers.

The driver and passenger seats in the first row are designed to offer a feeling of space and comfort. The STARIA’s simple interior layout focuses only on the essentials to provide more room and flexibility to passengers. The glove compartment in the first-row passenger’s seat is moved forward to provide extra legroom space. 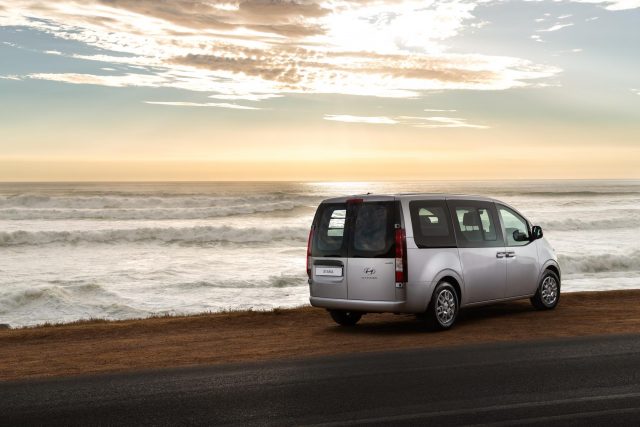 The driver’s seat has a futuristic high-tech look with an advanced 8-inch front display screen, touch-based centre fascia and a shift lever for the Multicab version. The digital cluster is located on top of the dashboard, providing an unobstructed view for the driver.

The STARIA Multicab comes with black trim for the interior, including the artificial leather seats.

The STARIA’s innovative space utilization is made possible by the MPV’s 3 273 mm wheelbase with an overall length of 5 253 mm and width of 1 997 mm. Its overall height of 1 990 mm is optimized for passengers to conveniently enter and exit the vehicle and is high enough for an average school-aged child to stand upright and move with ease. The STARIA Multicab has a payload of 1 074 kg and can tow a trailer, with brakes, weighing 2 500 kg, or a 750 kg unbraked trailer. The Multicab’s cargo area has a volume capacity of 2 890 litres.

Smart features for safety and convenience

The STARIA Multicab has secured the highest level of passive and active vehicle safety. It offers six airbags, and all seats come with three-point seat belts and headrests. Safety is further bolstered by smart active features such as Blind-Spot Detection and Rear Cross Traffic Alert.

Hyundai’s smart infotainment system with an 8-inch touch-screen display is fitted to all derivatives and is equipped with a wide-angle camera rear park assist camera, aided by park warning sensors in both front and rear bumpers. 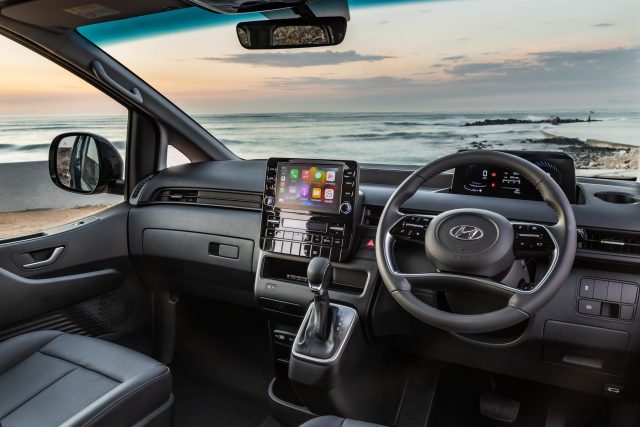 The infotainment system, standard in all versions, links wirelessly via Bluetooth to Android Auto or Apple CarPlay.

Further standard luxury and convenience features of the STARIA Multicab include:

The STARIA is driven through its front wheels by an improved R2.2-litre VGT turbodiesel engine, mated with an eight-speed automatic transmission. It delivers 130 kW maximum power, and its torque output peaks at 430 Nm. Its high-efficiency, air-cooled turbocharger has an improved compressor and turbine wheel performance for better low speed torque performance.

MacPherson strut type front suspension with shock absorbers, and a rigid rear axle with leaf springs, also aided by shock absorbers, gives the STARIA Multicab exceptional ride quality and road holding, especially when the size of the vehicle is considered. The leaf-spring rear suspension was chosen to give the Multicab increased load-carrying capability, and it enables the vehicle to tow heavy loads. 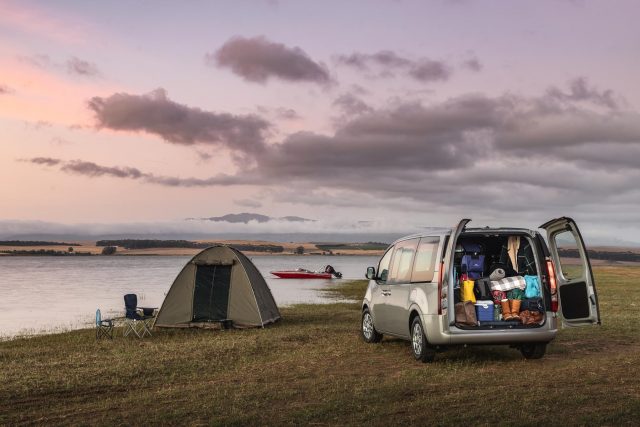 On top of mechanical upgrades, aerodynamic upper body design and under-body improvements result in an improved drag coefficient of 0,318 for better fuel economy.

The superior ride quality is also achieved by a 14% increase in torsional rigidity versus its predecessor, and an improvement in average body strength of 70% – the result of hot stamping applied to 10 spots on the chassis. The intelligent use of materials of various strengths in the chassis also ensures higher collision safety.

All-new STARIA elevates Hyundai’s bus to the next level