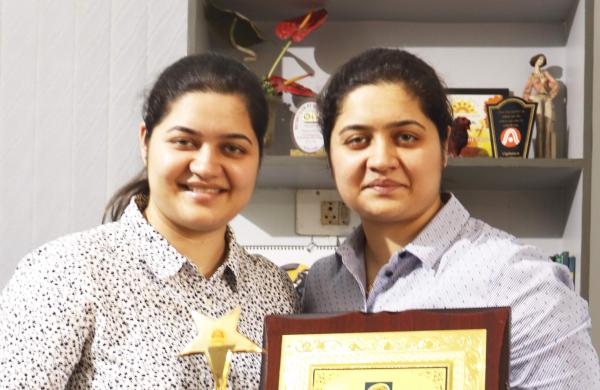 The electric car market in India has yet to gather speed in the same way as other Western countries like the USA or Europe, but that could soon change.

Twin sisters Nishita and Nikita Baliarsingh have created a start-up company called Nexus Power, based in the city of Bhubaneswar in India’s eastern state of Odisha, that specialises in making rechargeable, bio-organic and bio-degradable batteries from crop residue.

Nishita and Nikita initially started Nexus Power with the hopes of creating their very own electric vehicles. However, the duo quickly learned that the Indian market was not particularly interested in EVs because of the long battery charging time, price of the vehicles and lack of local resources to produce lithium-ion batteries.

Once the twins learned that the Indian population had low interested in a new EV, Nishita and Nikita went on to further their studies in the fields of battery thermal management and selection of nanomaterials, respectively.

Nikita completed a number of courses relating to the selection of nanomaterials for energy storage, while Nishita focused her studies on hybrid electric vehicle designing and innovation, battery thermal management, and IP rights to find battery solutions for electric vehicles, according to reports from The Startup Lab.

Using their combined knowledge, the twins started Nexus Power in 2019 with the goal of upcycling agricultural waste to provide battery technologies for EVs.

Nexus Power now manufactures rechargeable, bio-organic and bio-degradable batteries from crop residue that are both sustainable and eco-friendly.

“We procure the unburnt crop remains and manufacture rechargeable energy-storing cells from this by applying a unique extraction and filtration process. Multiple such cells go into making the IoT and AI-based sensor-enabled battery pack used in EVs,” Nikita said in an interview with The Startup Lab.

The use of crop remains also means the overall price of the batteries are much cheaper when compared to conventional lithium-ion batteries, and acts as a source of income for farmers that supply the crop remains and residue. The Nexus batteries also offer 8x–10x faster charging.

“Procurement of crop waste helps farmers earn an additional income of Rs 25,000 for every 100 batteries. Also, our patented technological innovations will let us eradicate seven billion tonnes of carbon dioxide from the atmosphere by the next century,” Nikita said.

Take a look at Nikita explain the formation of Nexus Power and the inner workings of her revolutionary battery below: