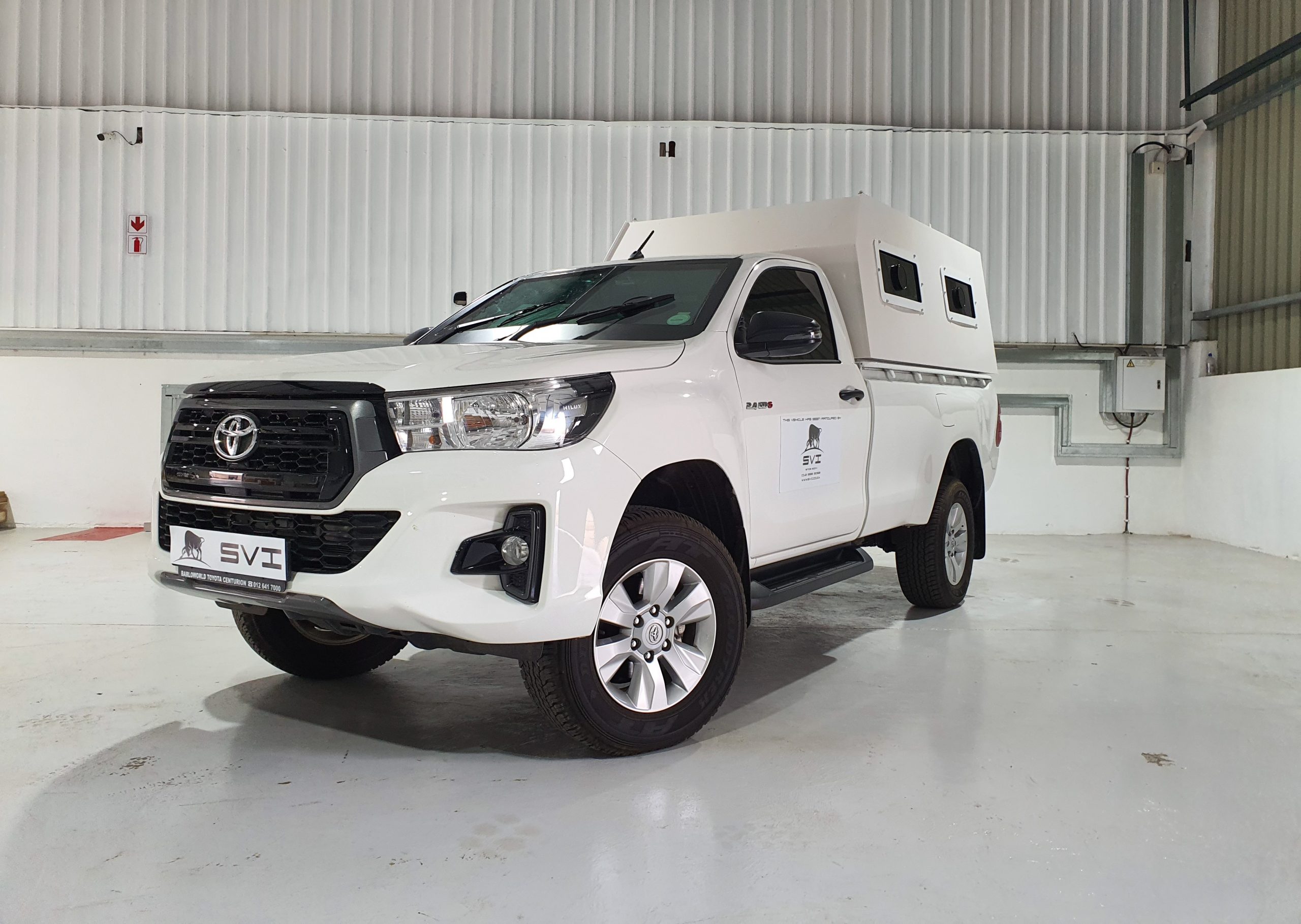 SVI Engineering has developed a cost-effective, anti-riot solution by converting a single cab Toyota Hilux bakkie. The vehicle meets the requirement of clients who need to carry eight people in a hostile situation.
According to Quickpic applications include mining security, moving security guards, extracting people from a dangerous situation and controlling riot action. The vehicle was put to the test during the week of the unrest and looting in South Africa and passed the test effortlessly.

The cockpit is protected by SVI’s B6 Stopgun armouring kit that covers the glass, body and roof that surrounds onboard occupants. This solution provides protection against 7.62×51 mm assault rifle rounds. One kit takes approximately four weeks to prepare with an installation time of only three weeks. A suspension upgrade as part of the cabin armour is provided as standard. 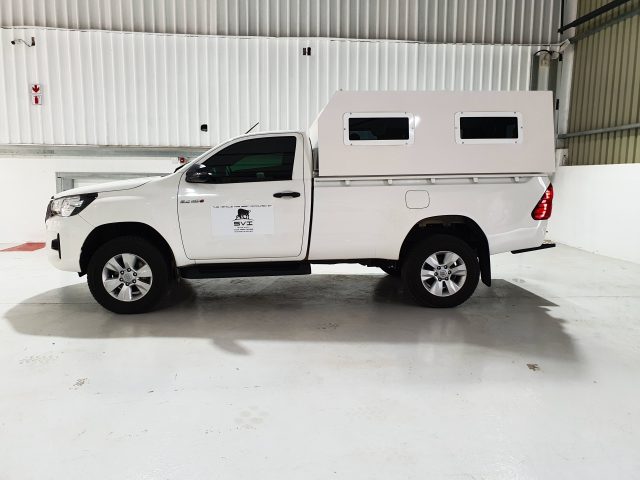 The canopy has been manufactured from special armoured steel that provides B4+ protection against AK47 assault rifles, and provides six seats with seatbelts, windows with gun ports, an escape hatch and aircon for convenience. It takes about six weeks to be built. Run-flat tyre protection is optional.

SVI homologated the Hilux model to ensure it is safe for public road use. Tests include a brake, side-slope and visibility at the Gerotek facility to name a few. The vehicle passed and is homologated to a GVM of 3 499 kg to allow standard license drivers to drive the anti-riot Hilux.

Cost and its warranty

Clients are welcome to bring their own Hilux single cab bakkies and have their anti-riot models done. Here is the pricing (installation included):

The standard SVI warranty on the armour of 1-year/50 000km applies for road use.