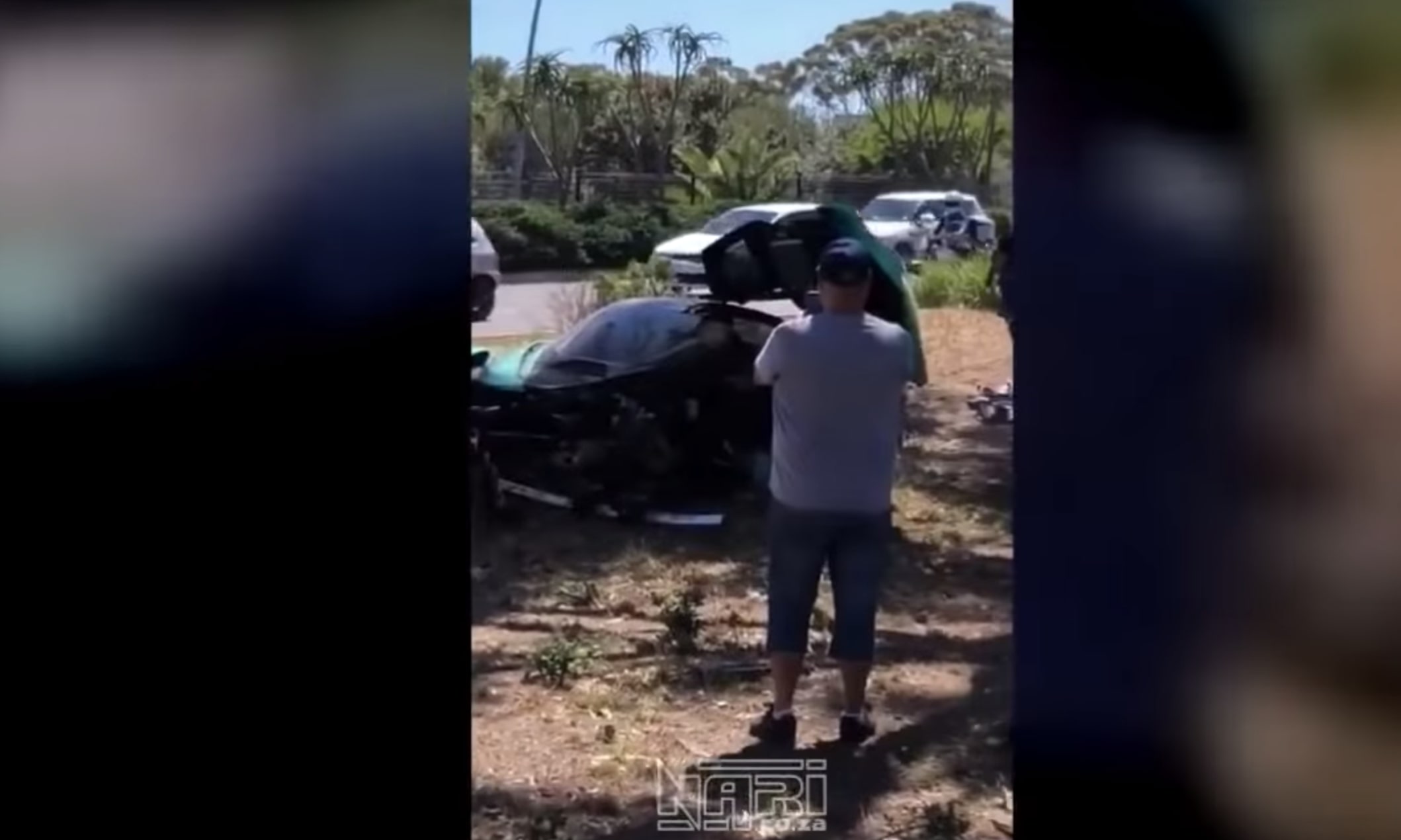 What started off as a lighthearted competition ended in disaster for one motorist. The driver of a McLaren crashed his car after losing control while allegedly dicing a fellow motorist.

The McLaren driver and the driver of a Lamborghini, both with GP number plates, were allegedly spotted dicing along Helen Suzman Boulevard in Cape Town on Sunday afternoon [December 13].

The McLaren driver lost control of the vehicle and crashed into a light pole, said City of Cape Town traffic spokesperson Maxine Bezuidenhout.

“The vehicle hit a light pole and was severely damaged. No injuries were reported,” she said.

ER paramedics were on hand to assist the driver.

In another video, the McLaren driver can be heard shouting, “You are never going to own one,” to bystanders mocking him for crashing his sports car.

Another bystander responded with, “You can’t drive it, bro.”