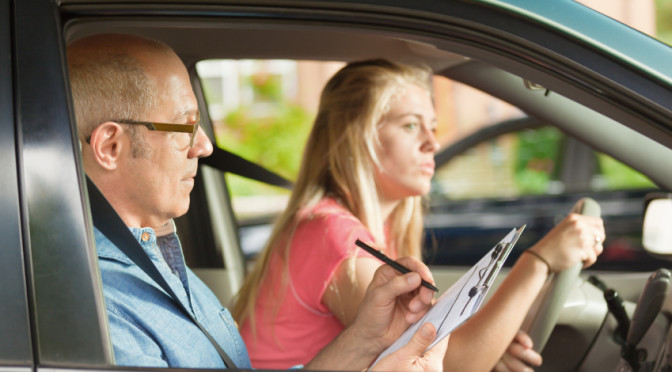 After the good citizens of the UK found it a bit unfair that people from other countries could drive on their roads without so much as a theoretical test, the people at RED (a driving school) took it upon themselves to rate the difficulty level of different countries’ driving tests, as UK drivers are concerned about the standard of foreign drivers.

The results were, as expected, that driver tests from different countries are very different. RED Driving School CEO Ian McIntosh, who graded each country’s test, said: “There are huge disparities in driving tests from country to country and it is shocking how standards vary.”

If you as a South African feel like a failure because you may have flunked your driving test the first time – don’t, as SA’s driving test is one of the most difficult and most impractical drivers tests when compared to those of other countries.

*The difficulty level refers to how hard it is to obtain your drivers licence and the rating out of five refers to the practicality of the drivers test.

Due to the political system in America, the driving laws vary from state to state. Some places, such as Kansas and Idaho, issue permits to teenagers as young as 14, while other states force you to wait until you’re 21 before you can drive. However, all learners must complete a six-month graduated licence programme before they’re allowed to drive on the roads accompanied by a person aged 21 or over. The laws can restrict certain privileges, too, like carrying passengers and a late-night curfew.

You can apply for a provisional licence at the age of 16 but can’t start lessons until you turn 17. With a provisional licence you must display L-plates but can drive accompanied by a driver who’s aged 21 or older. You’re required to pass a theory test and this certificate lasts for two years during which time you have to take a practical test. Once this is passed you’re issued with a full driving licence. The pass rate is currently 47 per cent.

It’s possible to get behind the wheel at 16 in France, but you’ll need to register with a driving school and pass 20 hours of practical driving, before taking a theory test. Pass this, and you’re issued with a three-year certificate that lets you drive accompanied by an adult. The practical exam can only be taken after you turn 18 and once you’ve covered 3 000km driving accompanied. Learners are restricted to 110km/h on the highway, too.

Some people may feel the UK test is too strict, but it’s even tougher in South Africa. You can’t start until you’re 18, and you then need to pass a yard test as well as a road test. On the road test you can lose points for not checking beneath the car for leaks and not using the handbrake every time you stop. You’ll automatically fail if you let the car roll back even an inch, too. The pass rate is just 39 per cent, and although the test is intentionally hard to improve safety. However, a lot of people bribe or buy their licences which puts a crank in the wheel when it comes to rating.

You’ll have to wait until you’re older to take the test in Pakistan, but the assessment itself is simple. It consists of a theory exam and a short practical test, both of which can be taken on the same day. There are no rules on the number of practice hours you have to have completed, and the practical test requires you to drive a short course through cones.This easy test has an 80 per cent first time pass rate, but also means Pakistan has a very high accident rate – there are 16 accident deaths per 100 000 people.

One of the strictest and toughest places to get a driving licence is Japan, where pass rates fall below 35 per cent. It’s taken on a course, but resembles real road conditions. Drivers must remain at 30km/h or under at all times, and instantly fail if they drive over a kerb, fail to stop at a traffic light or junction or fail to check for oncoming traffic. Candidates can also fail for not staying far left enough in the lane or not bending down low enough when checking under the car for cats or children before setting off.

Mexico has a higher age limit than the UK, but gaining a licence here couldn’t be much easier. As long as you’re over the age of 18, you don’t even need to take a test. In fact, all you have to do is buy a licence for 626 pesos (About R300). Mexico City is one of the most densely populated cities in the world, with four million cars on the road. Combine this with the lack of a standardised test, and it’s little wonder that crashes are a regular occurrence.