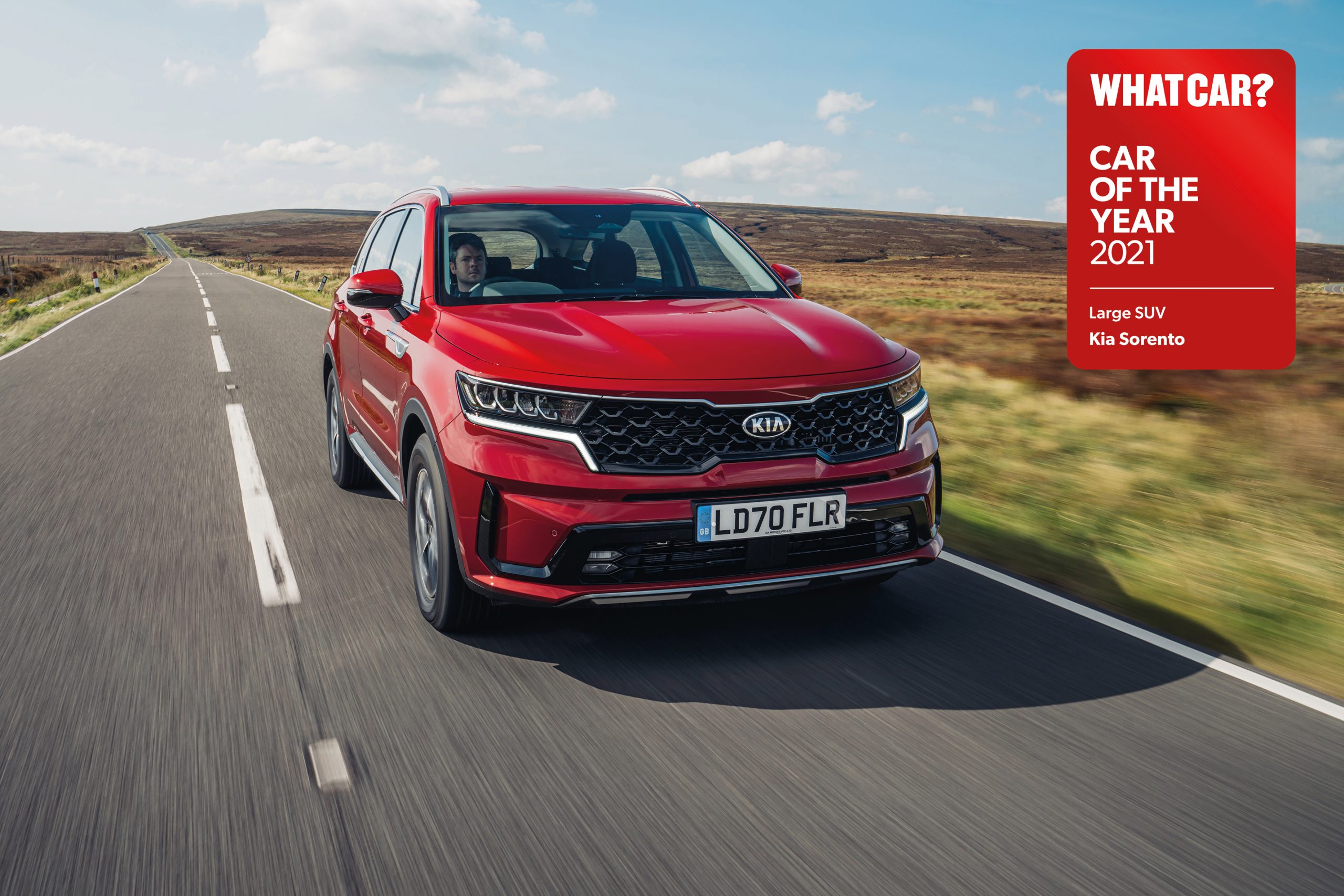 Kia’s flagship SUV, the all-new Sorento, made a strong start to the year and was named ‘Large SUV of the Year’ at the 2021 What Car? Car of the Year Awards.

Up against worthy competition in the Large SUV category, the What Car? judging panel chose the Sorento for its impressive fuel economy, driving dynamics, high levels of standard specification, and exceptional build quality.

The variant chosen by the judges at What Car? was the 1.6 T-GDi Hybrid in the UK’s ‘2’ specification*, packed full of standard features such as a Reversing Camera System, Intelligent Speed Limit Assist, and Forward Collision Avoidance with pedestrian, cyclist and junction detection. 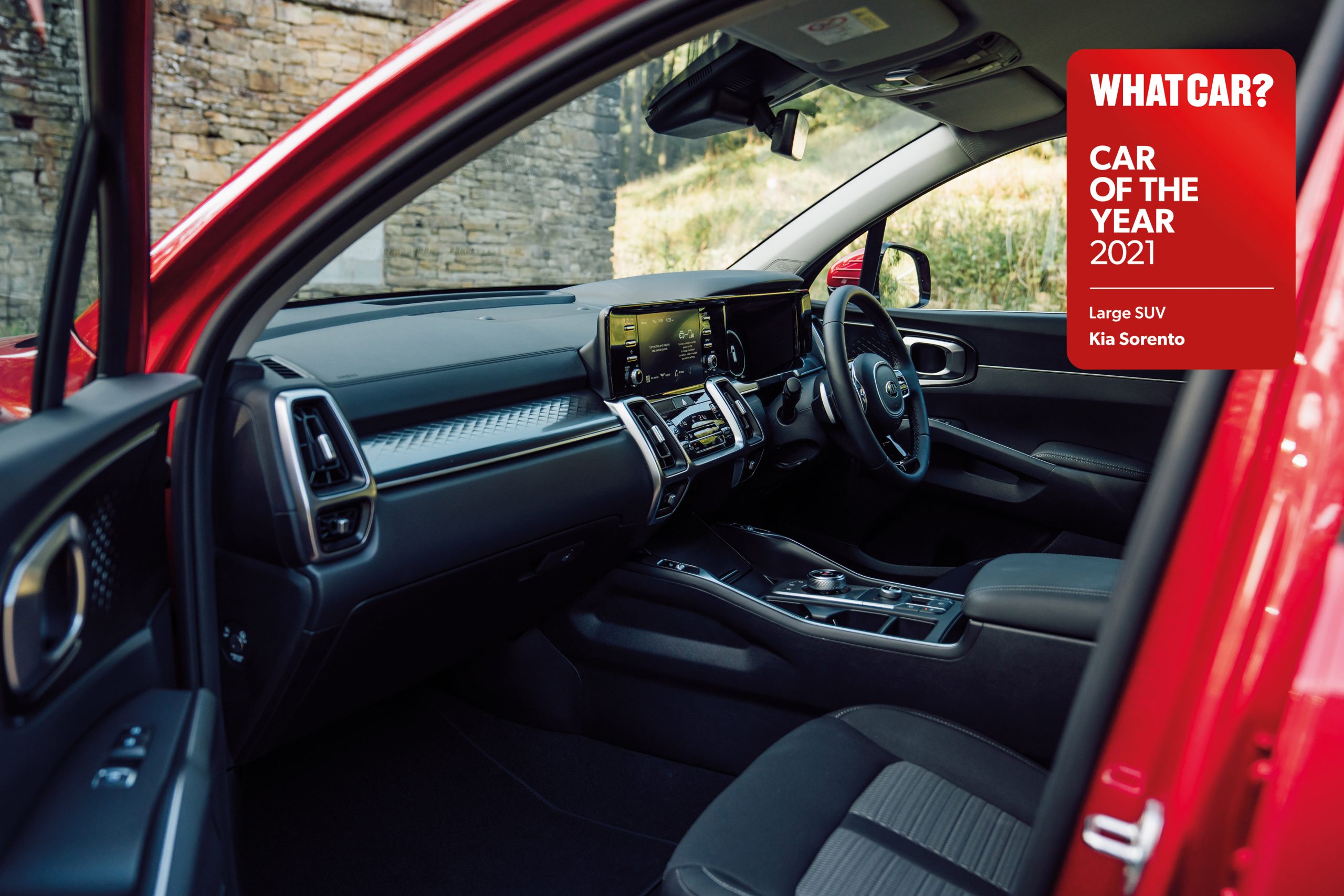 Commenting on the Sorento win, Steve Huntingford, Editor of What Car? magazine said: “The Sorento’s hybrid tech combines good real-world fuel economy with comparatively low CO2 emissions, while the ride is comfortable and the steering accurate. Throw in a nicely made and well-equipped interior, and a driving position that’s lofty enough to make HGV drivers jealous, and the Sorento is an outstanding all-rounder.”

Won-Jeong Jeong, President at Kia Motors Europe said: “It is always a great honour to receive awards for the vehicles that we produce, and particularly from such well-known and highly regarded publications as What Car? magazine. The fourth-generation Sorento is a car we are very proud of, particularly as it represents the first application of electrified power in our flagship SUV.” 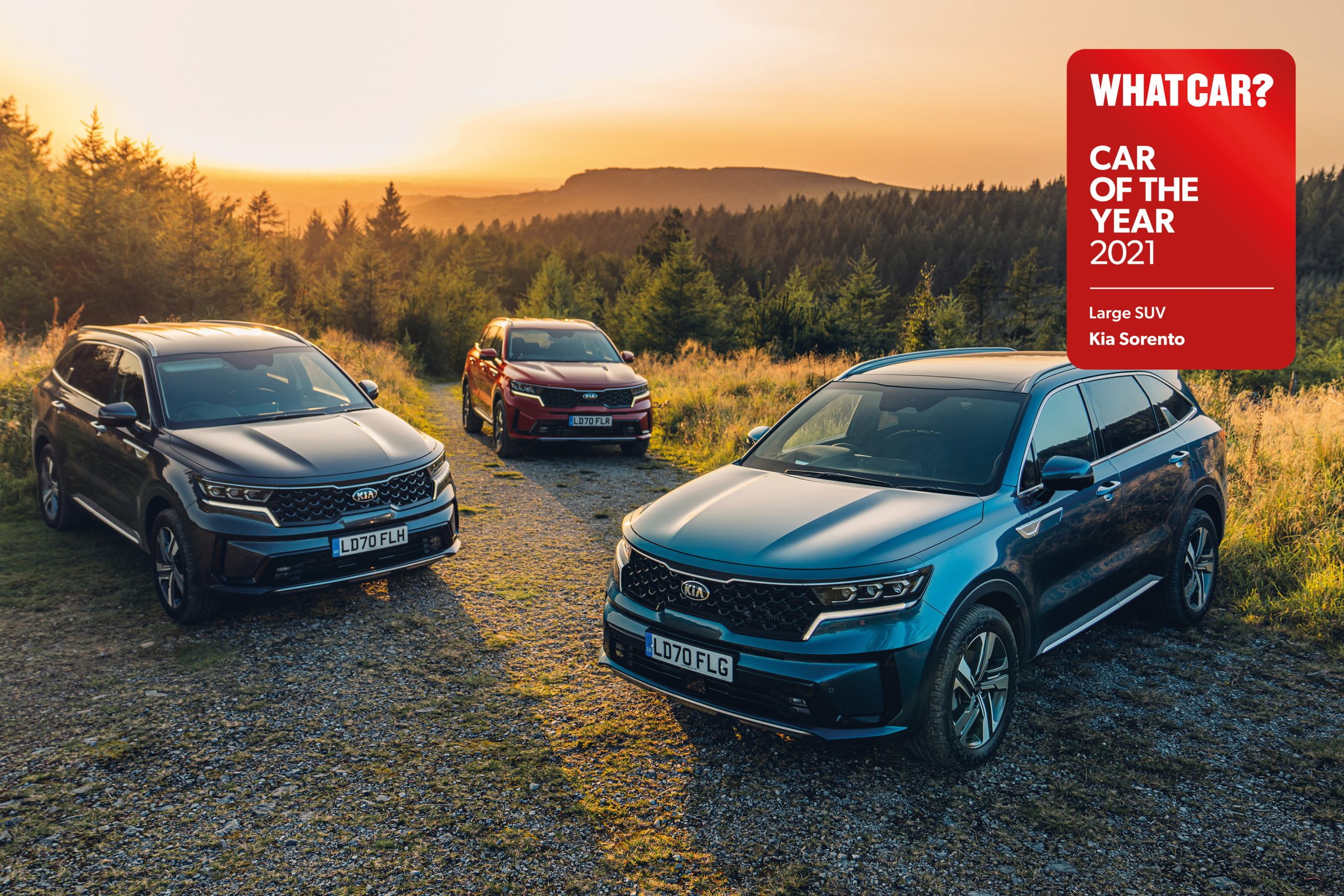 The all-new Sorento has only been on sale in Europe for a short time, yet has already cemented itself as an important halo product in the Kia line-up, having also won ‘Car of the Year’ in the UK’s Carbuyer 2021 awards.