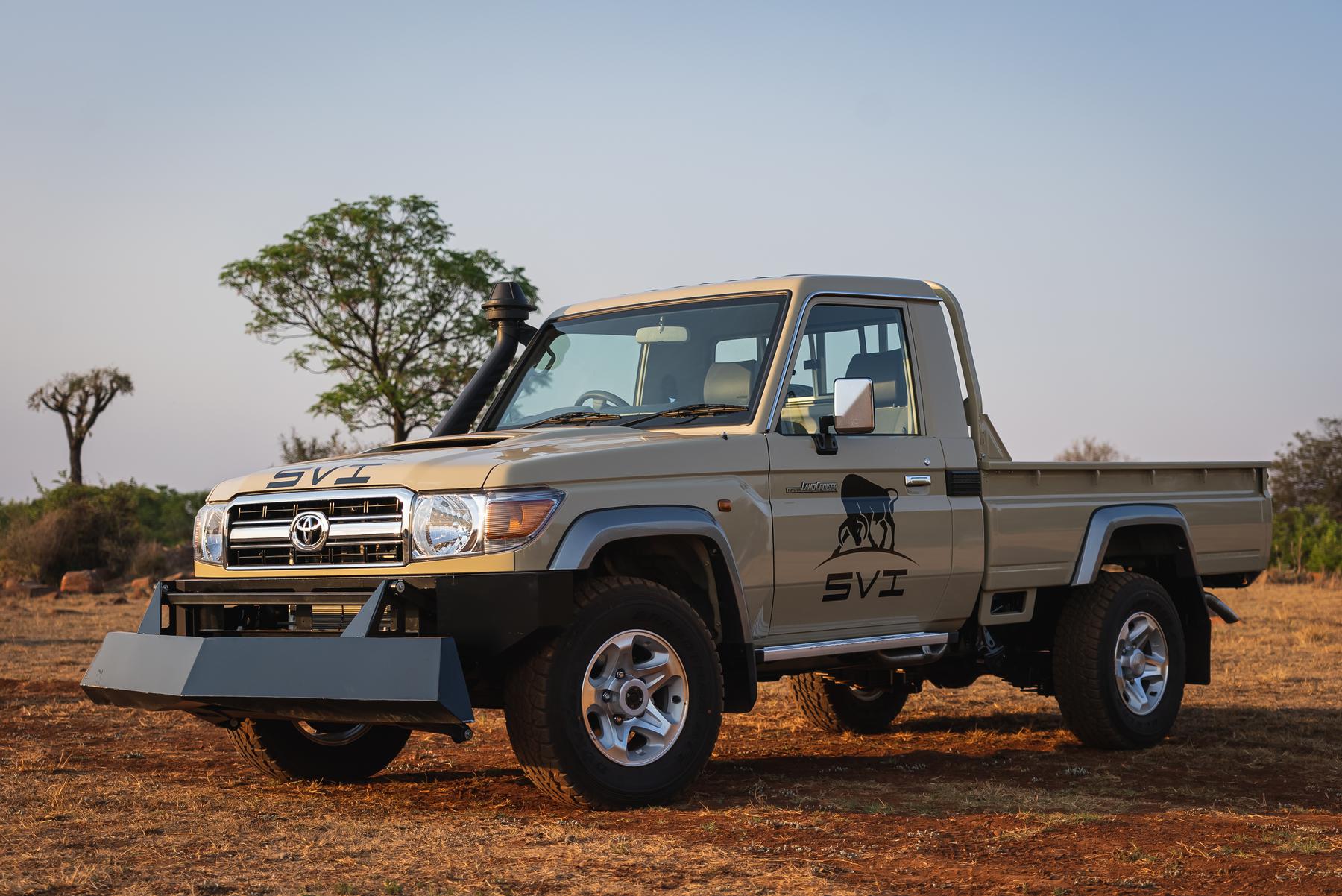 SVI Engineering, specialist manufacturer of armoured products has recently been contacted by its clients in the mining and security industries for a solution in clearing road barricades during protests.

According to Quickpic, the SVI anti-riot scraper was designed from scratch and more than meets the requirement by enabling standard vehicles, like the Toyota Land Cruiser 79, to safely clear a path through the debris, allowing security and medical personal access to critical locations. The SVI anti-riot scraper and hydraulic power pack is available as a unit that can be easily installed in a couple of hours.

It functions as a normal bumper in the raised position, but it can be hydraulically lowered (and raised) by the push a button inside the cabin. It is available in different angles of attack, depending on the obstacle that needs to be moved.

A fire-extinguishing option is available that can be fitted to the blade to extinguish burning objects as the vehicle approaches them. The first unit is now available for the Toyota Land Cruiser 79 and its MAX 3 derivative. SVI can adapt the system for many other vehicles upon request and is currently developing a version for the Toyota Hilux and Ford Ranger bakkies.

The SVI scraper takes about four weeks to manufacture and its installation can be completed in less than a day. 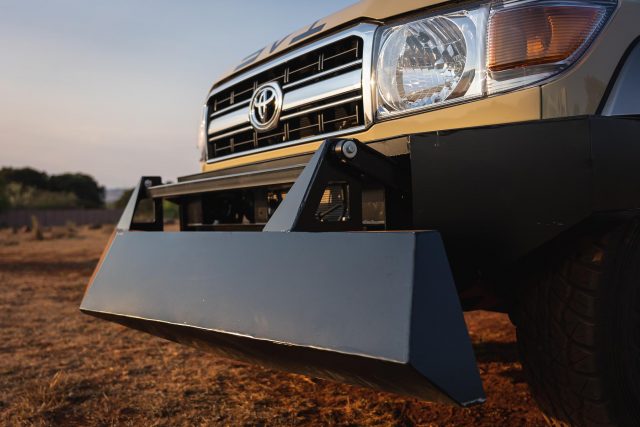