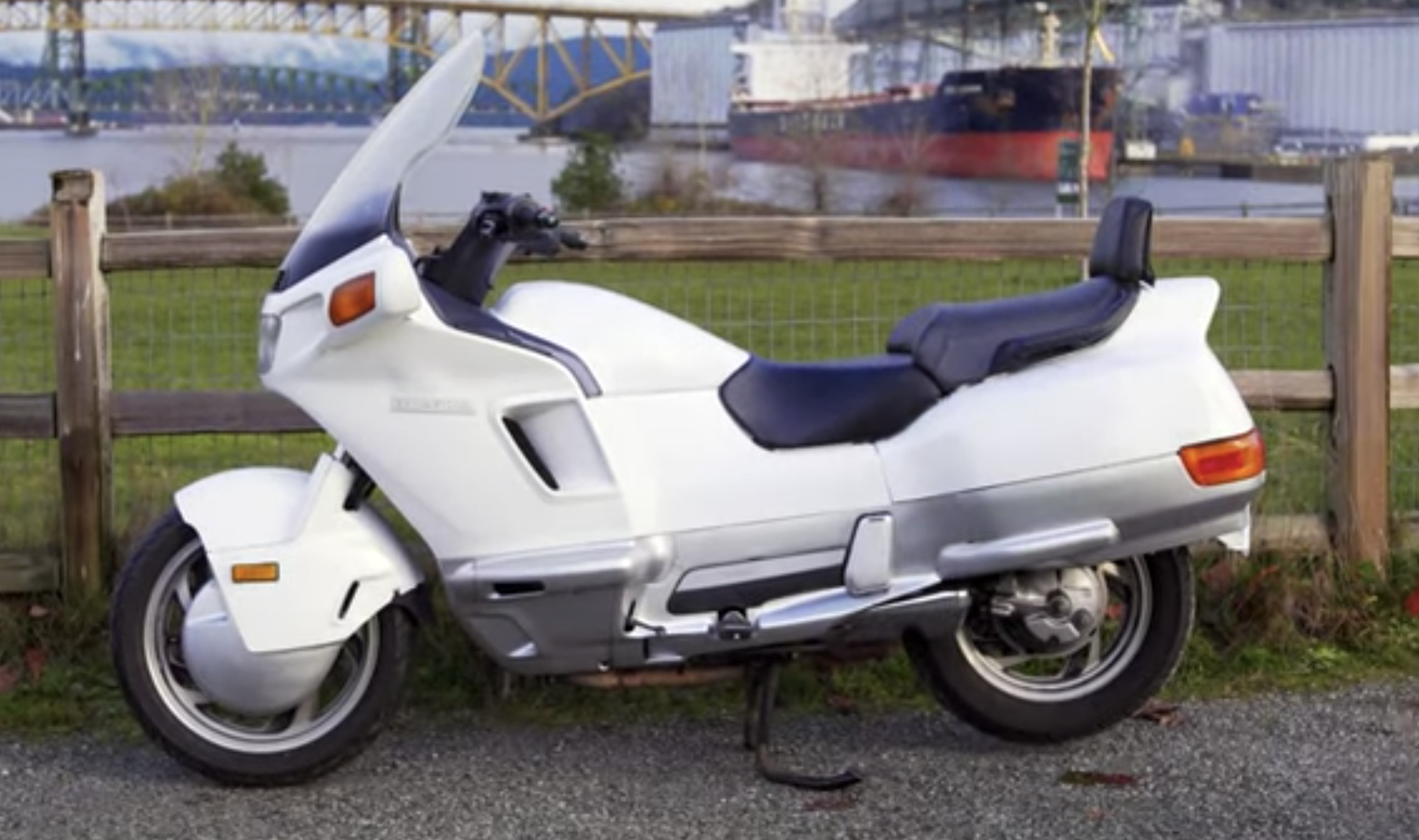 FortNine, a Canadian online motorcycle retailer that also has an extremely popular YouTube channel with more than one million subscribers, created a video dedicated to the much beleaguered Honda Pacific Coast 800.

The motorcycle was built at a time when the Japanese manufacturers were looking to create a vehicle that would lure people away from cars, according to Ride Apart.

Honda turned to its Acura division and together they designed the PC800 – a motorcycle that had the look and feel of a regular car.

Unfortunately, the public did not take kindly to this innovation and sales were poor and the models manufactured in 1989 took years to sell, which forced Honda to discontinue sales of new PC800s from 1991 until 1994 in order to sell the bikes manufactured in earlier years.

“When sales resumed, Honda barely sold more than 1000 bikes a year until it was discontinued permanently in 1998,” wrote Justin Hughes for Ride Apart. He is a self-confessed lover of the PC800.

He says that put nearly 50 000km in the seven years he owned the bike.

Hughes says the PC800 is very much a cult or niche bike that most riders have never heard of.

Watch FortNine’s video on this fascinating vehicle below: