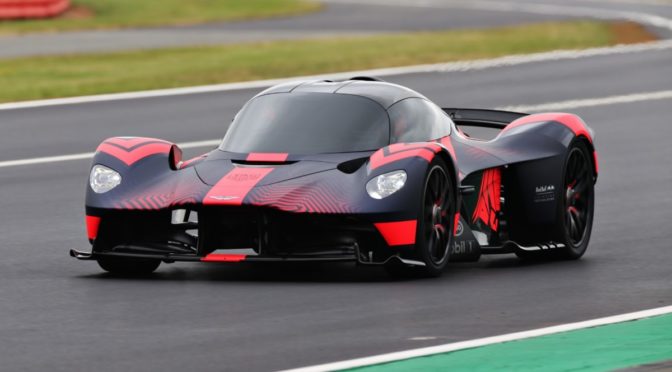 If you follow Aston Martin’s head honcho Andy Palmer on twitter you’ll have seen the videos of their new hypercar, the Valkyrie testing at Silverstone. And, if you haven’t followed him you’ve possibly seen the tweets as they have motoring-twitter abuzz with excitement.

First shown to the world in 2016 as a non-working, full-size model in Aston Martin’s headquarters in Gaydon, the Valkyrie has been around a while. It’s shown face at various motor shows and they’ve made a track version called the Valkyrie AMR Pro, limited to 25 units and all sold out instantly.

The Valkyrie’s codename was Nebula, an anagram of the key principle stakeholders, Adrian Newey (Red Bull Racing Chief Technical Officer), Red Bull Racing and Aston Martin. Official naming decided to continue the tradition of Aston Martin’s high-performance car names starting with a V (Vanquish, Vantage). The name Valkyrie was inspired by the connotations of power, honour and being chosen by the Gods.

The collaboration for the Valkyrie includes a few other names like Cosworth, Rimac Automobili, Bosch and Michelin to mention a few. The biggest name that needs to be expanded upon for context is Adrian Newey’s, the genius behind the most successful F1 chassis. He was responsible for the Williams F1 FW14 chassis that helped Nigel Mansell claim the 1992 F1 Driver’s title and William’s the Constructor’s Championship. This success followed when he moved to McLaren and designed the championship-winning MP4/13 that dominated in 1998 and 1999. He designed the car that would win Red Bull Racing and Sebastian Vettel their first championship titles with the 2010 RB6, turning the team in serious title contenders every year since then. Adrian Newey is the master when it comes to understanding downforce and aerodynamics, everything the Valkyrie needs if it wants to claim the title of fastest street-legal car in the world.

The Valkyrie we’ve been told is powered by a 6.5-litre naturally-aspirated V12 engine from Cosworth, it sounds like a banshee in the tweet below. Suggested power is 746 kW, it’ll have a Rimac battery system producing a supplemental 119 kW bringing total-system power to 865 kW. It weighs just 1 030 kg, that’s a 1:1 power-to-weight ratio. Take a minute to gather yourself from this delicious insanity. The 7-speed single-clutch paddle shift transmission is from Ricardo and the suggested 0 – 100 km time is a bonkers 2.5 seconds. One. Two. Half, you’re at a hundred.

It’s not pretty, and you know what that means? It’s going to be fast. The Valkyrie has an all carbon-fibre bodywork and an open underfloor to maximise downforce (google Venturi effect). The super-lightweight magnesium alloy rims, 20-inch at the front and 21-inch on the rear will be shod with Michelin high-performance Sport Cup 2 tyres with 265/35ZR20 at the front and 325/30ZR21s at the rear.

Only 150 Valkyries have been made and the order list is supposedly full, they won’t be a dime a dozen on the roads. Ex F1 star David Coulthard has stated he’s getting one and Daniel Riccardo suggested he’s bought one, at $3.2 million or R47 828 160.00 at todays exchange rate. Andy Palmer has said that anyone who buys and flips a Valkyrie for profit will be denied access to any other special edition cars from Aston Martin. 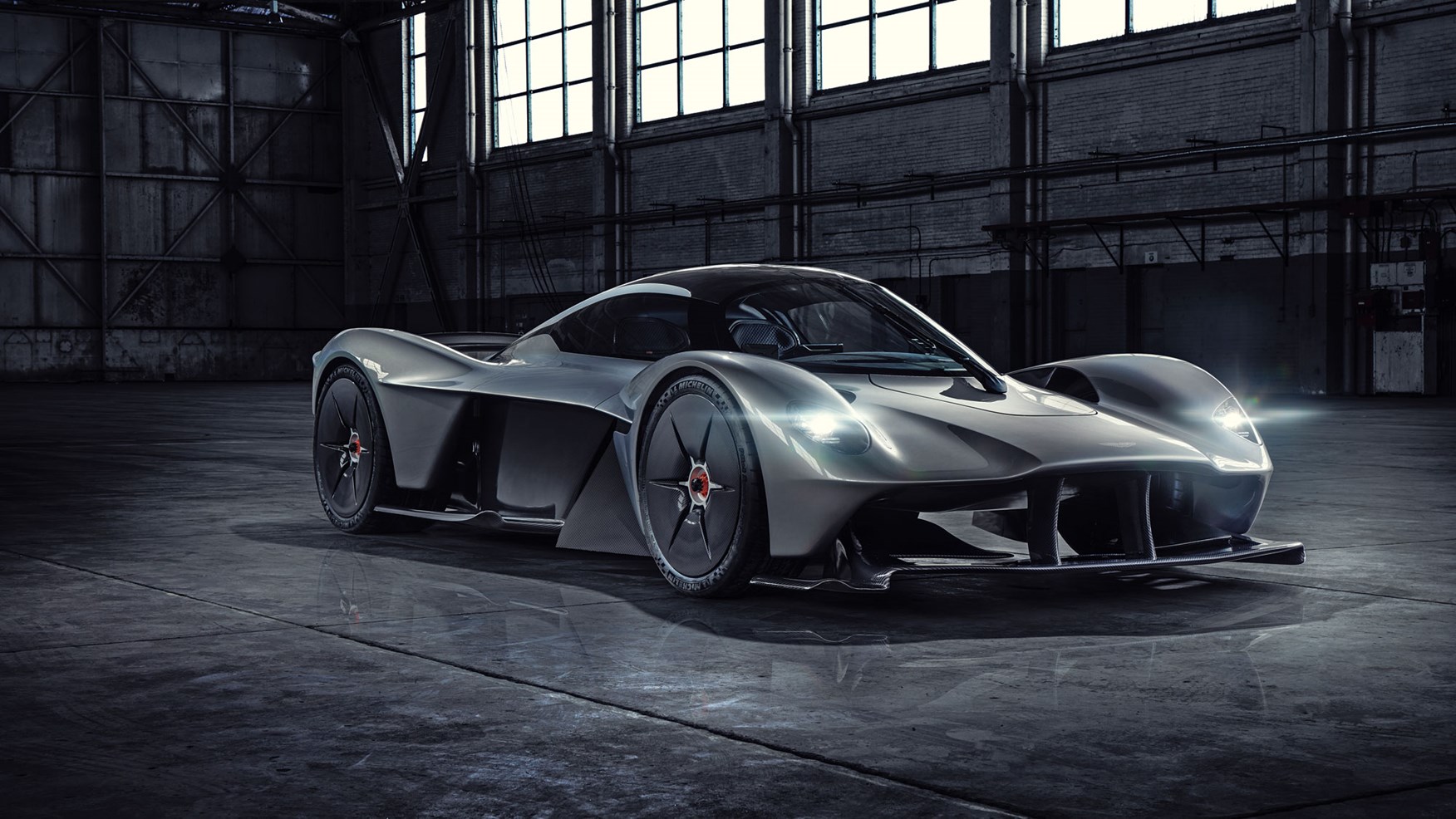 This all comes on the back of an announcement that Aston Martin Lagonda is pausing the development of its Word Endurance Championship (WEC) Hypercar race entry after the decision to merge the Hypercar and LMDh prototype category in WEC 2021 and WeatherTech Sportscar Championship from 2022. The Valkyrie was scheduled for debut in the WEC series at Silverstone in August 2020 and lined-up to compete in the 2021 24 Hours of Le Mans. Andy Palmer has said “Aston Martin’s ambition to compete for the overall victory in the 24 Hours of Le Mans remains undiminished, but it is only right that we reassess our position in light of a significant change in the landscape that was not anticipated when we committed last year. We entered Aston Martin Valkyrie in WEC and at Le Mans with the understanding that we would be competing with similar machinery and like-minded manufacturers. The situation has changed and it makes sense for us to pause and reconsider our options”.