The Range Rover Sport SVR goes off-road in the latest behind the scenes glimpse of the new James Bond movie, ‘No Time To Die‘ that is set to be released in South African cinemas from October 1.

According to Motorpress, the action vehicles and stunt professionals certainly pushed Land Rover ever made to its extreme. A new video featuring the Range Rover SVR gives viewers a taste of how high-speed action.

The chase sequence places the luxury performance SUV in the midst of the action, led by  Oscar®-winning special effects and action vehicles supervisor Chris Corbould and stunt coordinator Lee Morrison.

Lee Morrison, stunt co-ordinator, said: “I was really keen to shoot a Bond chase sequence off-road, in a really challenging environment and the Range Rover Sport SVR was the perfect choice for this part of the story. We shoot everything for real so we’ve pushed it to the absolute maximum and the pursuit promises to be one of the memorable set-piece moments of the film.”

The Range Rover Sport SVR takes its luxury performance to a whole new level with its enhanced driving dynamics mated to a 423 kW supercharged V8 engine. The SVR can accelerate from 0-100km/h in 4,5 seconds with its top speed reaching 283km/h, making it the fastest Land Rover ever built.

Customers can now replicate the ‘No Time To Die’ Range Rover Sport SVR specification with one click using the online configurator.

Finbar McFall, Land Rover Brand and Jaguar and Land Rover Marketing Operations Director said: “The Range Rover Sport SVRs in No Time To Die strike a unique mix of stealth and performance. Now you can replicate this combination and celebrate the release of the 25th Bond film with a single click on the Land Rover configurator.”

Land Rover has a long-standing partnership with EON Productions and James Bond films dating back to 1983 when Ranger Rover Convertible appeared in Octopussy. In 2015, the Range Rover Sport starred in the sequences of SPECTRE. 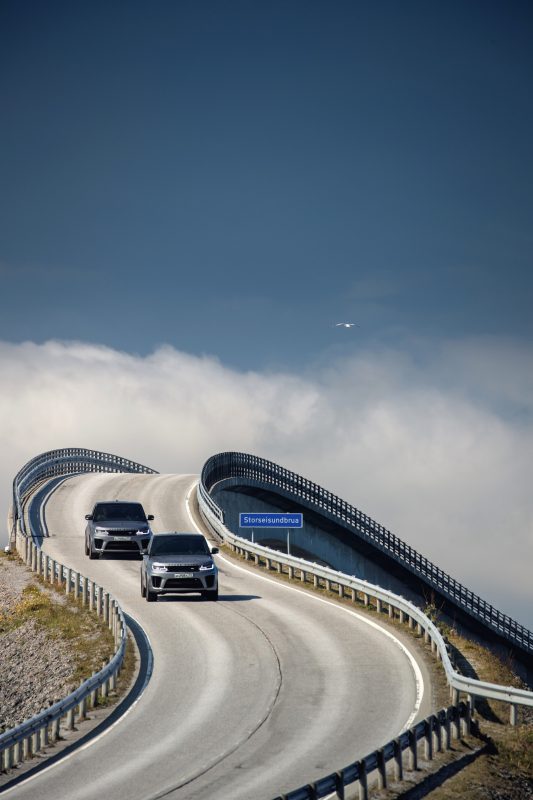 The Range Rover Sport SVR is priced from R2,627,400 in South Africa. To configure and order yours online, visit: www.landrover.co.za/RangeRoverSport.