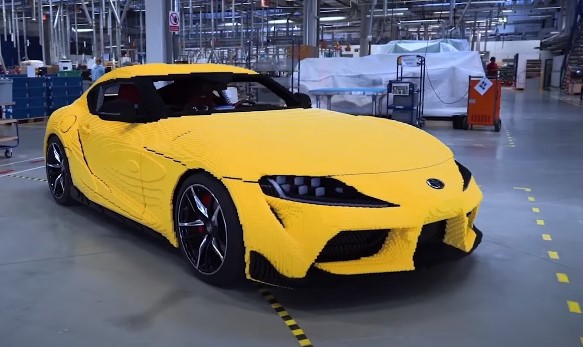 LEGO unveiled a 299-piece replica of the famous Toyota GR Supra in June, as part of its Speed Champions Summer 2021 series.

According to Hypebeast, in celebration of the 35th-anniversary of the iconic GR Supra (formerly known as the Celica Supra), Lego took one step ahead by assembling a 1:1 life-size model of the car that consists of 477, 303 LEGO blocks, weighing a total of 1 640 kgs.

The car features a steering wheel, tires, driving seat, car manufacturer logo, headlights and other components too. It does not feature the GR Supra’s turbocharged six-cylinder engine, however, an electric engine powers this model – enabling it to reach a top speed of 28 km/hour.

The LEGO Supra will be on display at LEGOLAND Japan until October 11, 2021. Thereafter, the sports car will be exhibited at the Japanese Super GT racing series.