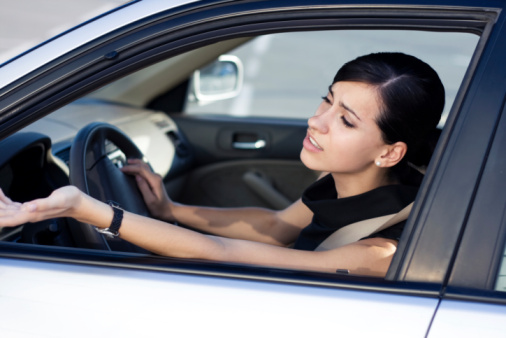 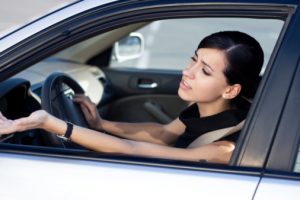 Recent independent research on drivers, which measured physiological stress markers in participants’ saliva, revealed that women suffer an 8.7% increase in stress from driving in traffic, whilst men suffer a staggering increase of 60%.

More worryingly, in the same tests, 67% of women and 50% of men reported not feeling stressed 20 minutes after driving in traffic, when physiologically they were.

Health psychologist David Moxon who led the research said, “These findings make good evolutionary sense. Men, in particular, show a strong acute physiological ‘flight or fight’ response. The fact that they are not always aware of this could indicate that driving regularly in dense traffic could have a profound effect on their health.”

The research reveals there is a range of noticeable symptoms, although drivers may be oblivious to the effects. Physical symptoms include dizziness, breathlessness, muscular aches and even chest pains, while behavioural symptoms include agitation and erratic driving.

A recent global driving survey of 10,000 drivers carried out for GPS manufacturer TomTom revealed that 72% of people aged 16 to 64 drive on a daily basis – with 92% of people driving from home to work and 80% commuting from home to school. Add the fact that there is an estimated one billion cars on our roads around the world, and it’s not surprising that 86% of drivers say they feel negatively impacted by traffic.

To deal with traffic-induced stress, drivers have developed a number of coping strategies. The survey reveals that 82% of drivers listen to music, whilst 21% talk to other passengers in order to pass the time and ease the tension.

The survey also shows that coping strategies vary by country – and even by gender. The Americans (38%) and the Swedish (39%) tend to talk on the phone to make better use of their time, whilst the Dutch prefer to comfort eat (14%).

English speakers in general, meanwhile, prefer to sing to themselves to reduce stress (US: 20%, UK: 19% and ZA (South Africa): 16%). And for some, it genuinely seems to work – tests reveal that two out of three women experience a reduction in driving-related stress from singing.