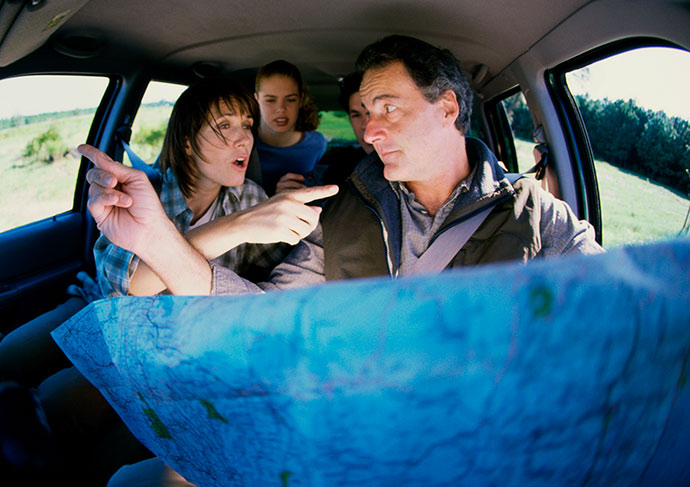 The reason why is simple: driving requires maximum concentration. And, no matter how good you are at multi-tasking, you cannot drive and argue at the same time. Assuming your partner is driving, the situation is equally dire?

This is no mere supposition; it has been borne out in research findings and expert opinion. Recently, GEM Motoring Assist, a UK-based road safety organisation and breakdown cover company, conducted a study confirming that arguments and contentious conversations between couples in the car can drive the occupants to distraction.

In a poll of UK motorists, 74% admitted that their partner critiques their driving while they are in the car together. Almost half in the survey agreed that, while they’re driving, criticism and comments from their partner often lead to heated discussions and debates. What’s more, almost the same number admitted that such disagreements and difficult conversations in the car make them feel more stressed and tense while driving.

UK insurer Allianz Your Cover has issued similar findings, reporting that lots of motorists believe that their Christmas has been anything but festive thanks to in-car rows. Of the 2 000 drivers polled, 42% said they felt that the day was spoiled or completely ruined with 41% claiming that the argument was likely to boil-up again once they reached their destination.

We all know why these arguments happen: driving is stressful. Plus we need to contend with road rage and congestion. Route selection can cause arguments: the Allianz Your Cover survey found that a whopping 30% of in-car arguments are based on what route to take. Sometimes, a journey is viewed as chat time; the GEM survey revealed that if out in company and a contentious discussion with a partner takes place, 15% will stop the conversation and save it for the car journey home. Then, of course, there is a huge reason for in-car bickering: we sometimes get lost.

While these issues are all practical challenges, GEM has sounded a warning that motorists could forget the importance of road safety while caught up in an argument or debate in the car.

Although it is common for us all to have disagreements with our partner, it is certainly not appropriate to start a journey or continue driving while under any kind of stress or strain. These situations must be avoided so that driving conditions can be as stress-free and distraction-free as possible, David Williams MBE, CEO  of GEM Motoring Assist, tells WOW.

“Many people underestimate the impact that having an argument in the car can have on their driving. It is also important that motorists acknowledge that other factors could potentially affect their ability to drive safely,” concurs Allianz Your Cover’s Andy James.

So what’s the solution? It is vital to make sure tense and strained conversations are not had in the car while driving, even if it means saving them for when back at home. Allowing time to cool off before continuing with contentious conversations will mean motorists can drive with more focus and concentration, and could in the meantime also help diffuse the situation and prevent a potential argument, Williams advises.