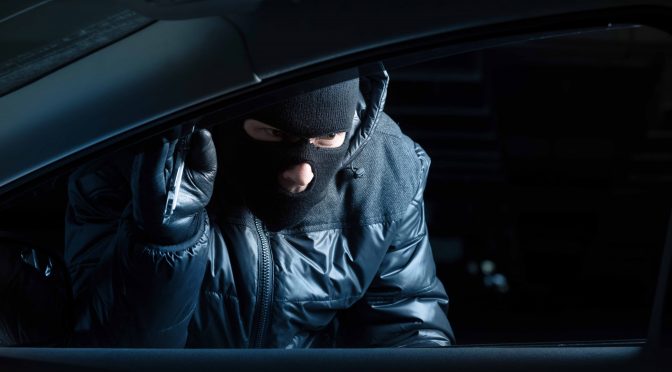 A hijacking is a traumatising experience. There are some places in South Africa, for example, where people believe it’s safer to run a red light at night than stop. Hijackers have grown courageous now, though, often operating in broad daylight or in plain view of other people.

It’s not just the car drivers who need to be on the constant lookout – motorcycle hijackings have seen a sharp incline.

Earlier this week, an attempted hijacking went awry for three criminals, armed with a toy gun, when the motorist opened fire on them on Christiaan de Wet road in Johannesburg. He shot one suspect dead on the scene, and a second died on the way to the hospital. The third was believed to be wounded, but managed to escape.

Also in September, a Durban Uber driver managed to get away from his would-be hijackers by crashing his car. The suspects then left him alone and fled the scene. That’s right – they’re hijacking Ubers, too.

You don’t need to search very hard to find these stories. According to a report released by the SAPS in May, a car hijacking in South Africa occurs every 32 minutes.

South Africans need to change the way they view self-defence. Beyond anti-hijacking flamethrowers. We need to learn how to take control, and by doing so, stand a chance of changing the outcome of a dangerous situation.

Increase Your Chances Of Surviving A Hijacking

Miss South Africa, Demi-Leigh Nel-Peters, was the victim of an attempted hijacking earlier this year. In September, she kicked off her Unbreakable campaign with the aim of empowering women in life-threatening situations.

“It was an awful experience,” she said. “But I knew how to handle the situation in the best possible way, because I had done WIP (Woman INPowered) and MasterDrive workshops for women that focused on everything from hijacking and robberies and how to handle these situations.”

Mark Grobbelaar, a 6th dan karate expert, gave up his corporate job to create Woman INPowered. The inspiration behind WIP is Alison Botha, who In December 1994 was abducted outside her home by two men. They raped, stabbed and disembowelled her, slashing her throat and leaving her for dead. Alison survived. Since then she has become a motivational speaker, author and was the subject of the acclaimed documentary film, Alison.

Hijacking has increased by 14.9% since last year. Other reports have come in that most hijackings occur on a Friday – as this is the day drivers are most likely to be relaxed. The violence associated with the crime has also increased. Most hijackings take place right in your driveway or when your car is at a halt by the traffic light. Hijackings are also prevalent when advertising your car for sale – the ‘test drive’ method.

We sourced a number of tips to help you prevent it, and to get through it, should it ever happen to you. These were compiled by safety and self-defence experts, the Automobile Association, Netstar, the National Hijack Prevention Academy and Arrive Alive, to name but a few.

How To Prevent It

How To Survive It