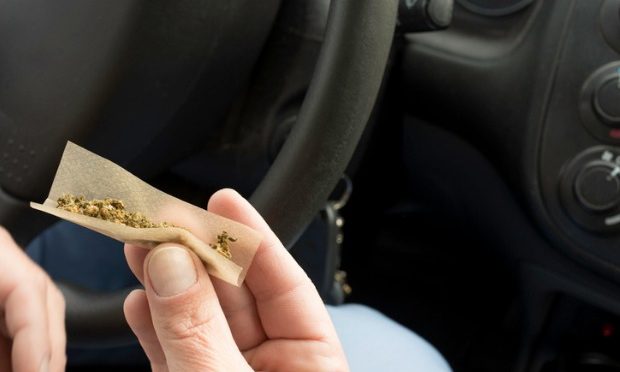 South African drivers should be aware that their car insurance might not cover them for damage to their vehicle or the property of a third-party if they are proven to be under the influence of marijuana at the time of a collision.

He notes that most car insurers have clauses in their policies stating that drivers will not be covered if they are under the influence of alcohol or drugs at the time of an accident.

Insurers may also reject a claim if they refuse to submit to a test to determine the level of alcohol or drugs in their blood upon request by the authorities.

Also read: Driving under the influence of drugs vs. alcohol

“These clauses are, for the most part, used to address drunk driving. The insurer will not pay a policyholder’s claim if the alcohol content in the driver’s blood or breath exceeds the legal limit,” says North.

“With the legalisation of personal use of dagga, most insurers will tighten these clauses to address the usage of cannabis. They will need to define what it means to drive under the influence of the drug as well as how to measure intoxication.”

Most policies also include clauses to the effect that a driver must take all reasonable steps to prevent loss or damage to the car. If you are high on dagga, you are materially increasing your risk of having an accident, and might not be covered as per those clauses.

North points out there is not yet a universally accepted way to prove that someone was driving under the effects of an excessive dosage of marijuana that compares to the breathalyser for alcohol.

“Blood tests can reveal recent usage, but there is no definitive way to show that a person has had a level of exposure that would affect his or her judgement at the time of an accident,” North says.

“Insurers might use witness accounts of your drug usage and behaviour before you got behind the wheel to determine whether you should be covered for your accident or not.”

The fact that marijuana is prescribed for pain management and other medical purposes complicates matters further. Alcohol usage is recreational in nature, so it’s easy to tell people not to drink and drive.

But is it fair to ask someone who is in pain to decide between using their medical prescription or being able to drive? The pain might actually increase their risk of having an accident more than a small, prescribed dose of marijuana.

“We don’t yet have clear answers for the many questions legalisation of marijuana raises for the car insurance industry. The sector will need to apply common sense as well as learn from international examples,” says North.

In the meantime, North advises anyone who uses the herb for medical, religious or other reasons not to smoke and drive. “Usage of drugs, including many prescription painkillers, can significantly increase your risks of hurting yourself and others in a collision,” he says.

“Even a moderate dose of marijuana can reduce your inhibitions, make you overconfident, and slow down your reflexes. Some users may even experience hallucinations, nausea, or panic attacks or fall asleep at the wheel.”

Says North: “At Naked, we are committed to making sure our policy remains relevant to a changing world and meets our clients’ needs. Our policy wording is written in plain language and makes it easy to understand what we cover and what we don’t.”