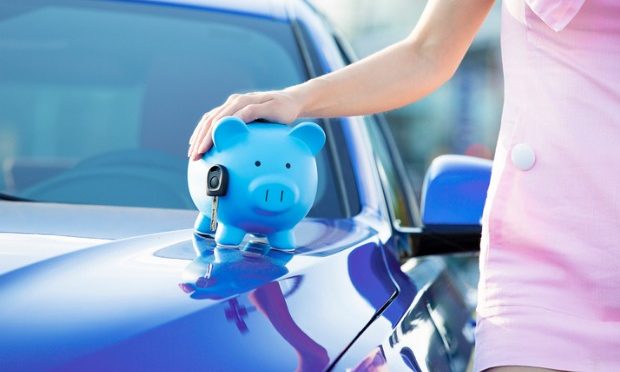 South Africans are bracing themselves for yet another fuel price increase which is expected to hit our pockets in August. This follows the recent fuel price hike of 26 cents p/l for 93 octane petrol, 23 cents p/l for 95 octane and 24 cents p/l for diesel – which already brought fuel prices to a record high. The question on everyone’s lips: ‘what now?’. Is there anything South Africans can actually do in their daily lives to minimise the impact of surging fuel costs?

Greig Hains – Managing Director at motor financial service provider, MotorVaps – notes that the recent fuel price increases affect South Africans in many ways. “The two most prevalent are the direct impact the increase has on the cost of petrol which motorists put into their cars, and the indirect impact on the cost of everyday essentials like food which are transported from one side of the country, to the other, by road.”

“If, like most South Africans, you shop at the average grocery store, then the latter is hard to avoid. Cutting back on luxuries is unfortunately the only option for many of us,” he adds.

However, Hains explains that motorists can take action to lessen the blow of filling up their cars by getting more out of each tank.  “There’s no getting around the cost per litre, but you can make each litre go further,” he says.

Hains shares his top seven tips for drivers looking to reduce their petrol usage and, by default, their monthly fuel spend.

While you may be tempted to keep hold of your car for far longer than you anticipated, due to having less disposable income, Hains suggests that, if you are in the position to do so, a long-term solution to beating high fuel prices is to trade in old, fuel-guzzling cars for a more economical model.

“Downsizing really does make sense for a lot of motorists, especially those who mainly drive on city roads, doing a number of short trips rather than one or two longer journeys on our country’s highways,” he explains.

2. Drive less and avoid the traffic

Where you can, Hains recommends opting to walk, ride a bike or use public transport like the Gautrain or MyCiTi buses in Cape Town.

“Many of us get into the habit of just jumping into the car and driving absolutely everywhere. Cutting back on just one or two unnecessary road trips each month can make a big difference by the end of the year.”

“Also, when you can, choose to travel off-peak. Idling in traffic only uses up the fuel you could be spending on actually getting to your destination if you were to leave an hour or two earlier or later,” says Hains.

“Driving at high speeds results in higher fuel consumption. What’s more, drivers who speed tend to brake more harshly and accelerate far quicker, both of which use more fuel than keeping a steady pace, safe following distance and being gentle on the pedals.”

4. Keep your tyres in check

Often overlooked as a contributor to increased fuel consumption, Hains adds that underinflated tyres and incorrect wheel alignment are not only dangerous (increasing the wear of your tyres and the risk of blowout) but also increases the resistance between your car’s tyres and the road, which uses up more fuel.

Hains explains that driving around town in low gear uses more fuel than driving in higher gear. “So, instead of lingering in second gear for a little longer than you absolutely need to, drive in the highest gear you can – just be aware to not put too much strain on your car’s engine.”

A tip which is a lot easier to take on board in the winter months, Hains highlights that switching the air conditioner off and keeping the windows closed can improve fuel consumption.

“You could make things even cosier and start a lift club with colleagues who live nearby. By taking turns to drive to and from work, everyone saves.”

“One of the easiest ways to make each tank last a little longer is to simply keep your car in good running order.”

Hains adds that a number of your car’s components impact fuel consumption if they are not properly maintained or regularly replaced. “Some examples include oil, air filters and spark plugs.”

“Regular servicing and maintenance, as recommended by your vehicle manufacturer, is essential to get the best out of your car in every way…and fuel usage is no exception. Most cars are sold with some kind of service or maintenance plan – either included in the purchase price of the car or as an optional extra, while older or second-hand cars are often eligible for a service plan through reputable motor financial services providers.”

“With the opportunity to save money at the pumps, it’s definitely worthwhile keeping track of when your car is due for its next check-up,” he says.

While it may seem like there is no light at the end of the tunnel when it comes to keeping up with the rising cost of everyday necessities like petrol, Hain says that its often the little things that can make the biggest difference long-term.

“Implement a few changes in the way you drive, when you drive and what you drive – your bank balance will thank you,” he concludes.