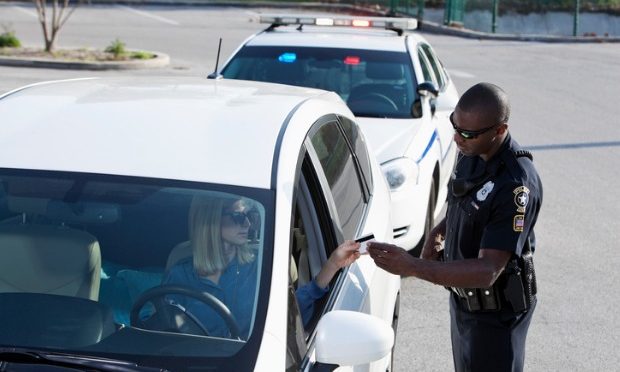 No one likes receiving a fine in the mail – they are usually expensive and often unexpected. But what do you do when you shouldn’t have gotten a fine in the first place?

There are several reasons one can contest traffic fines, with various ways of doing so. We take a look at the laws around contesting a fine, and what processes to follow.

When Can I Contest Traffic Fines?

Contesting traffic fines should not be used as a way to wriggle out of paying for infringements that you have committed.

If you are no longer the owner of the car or if there was a computer error and a fine was sent to you instead of the correct registration number.

You may also contest a fine if you were not the one driving. According to the Automobile Association, you can be legally fined if you weren’t driving the vehicle but you are its owner.

If you notify the relevant traffic department, they will usually redirect the fine to the driver of the vehicle. You often find this happens in situations where the traffic infringement occurred while someone was using a company car.

““It is the proxy’s responsibility to provide the traffic authority with the details of the driver concerned, after which the fine will be re-issued to the alleged offender,” the AA says.”

You can also contest traffic fines which have not been delivered in the appropriate manner. According to the AA, only fines delivered via registered mail or in person are legally binding.

This only applies to Tshwane and Johannesburg though.

““It is correct that if you have received a fine via ordinary mail it is not legal and then unenforceable, but it is important to note that you cannot simply tear it up and throw it away,” the association says.”

The traffic department will also take into account special circumstances – such as if you were speeding due to a medical emergency. Just keep in mind that you will have to provide proof.

People who are unemployed and cannot afford to pay the fine may ask for it to be waived or reduced.

You will need to provide proof that you do not have a stable monthly income.

In most cases, the fine can simply be reduced.

You can also try to get a ticket waived if there are incorrect details on it.

Should there be any inaccuracies on the fine, it will instantly render it illegal.

Another circumstance for contesting a camera ticket is if the speed camera was illegally positioned. However, you will have to make sure this is the case. There are many misconceptions about what is an “illegal” speed camera. Despite this, officers can hide in bushes, there don’t always need to be warning signs and they can be placed on a downhill.

How Do I Contest a Fine?

The important thing about contesting traffic fines is that simply ignoring them isn’t the best way to go about it. This could lead to a warrant being issued for your arrest.

According to CarInfo.co.za, you must write a letter to the municipal traffic department explaining why you are contesting the fine. The Western Cape Government’s site also says that you can send this letter via fax.

““Make sure that you include a copy of the ticket and an explanation for why you should not pay it. The municipal traffic department will send you a reply by mail,” CarInfo.co.za says.”

You should send this letter to the correct municipal department – which will be identified on your fine. If the traffic department goes ahead with charging you anyway, you will have to write another letter to the state prosecutor with your reasons for contesting the fine.

““If you have received summons you should contact the Public Prosecutor before the date you are due to appear in court,” the Western Cape government site says.”

In case you still have to appear in court, you can contest your fine in person. A judge will then decide whether or not the fine should be scrapped. It is important that you appear ON your court date. A

In the case of a fine which has not been delivered through the official channels (e.g. registered mail or registered e-mail) in Tshwane or Johannesburg, you will have submit an AARTO 08 form.

It should be noted that this prevents a warrant for your arrest from being issued. But this does not clear the fine from your record. If there are no other reasons for disputing the fine, it will remain on the traffic department’s system.

AARTO doesn’t apply in other provinces, where the Criminal Procedure Act (CPA) is enforced instead. This act doesn’t require proof of service for your fine. This means that it doesn’t matter how it was delivered to you.