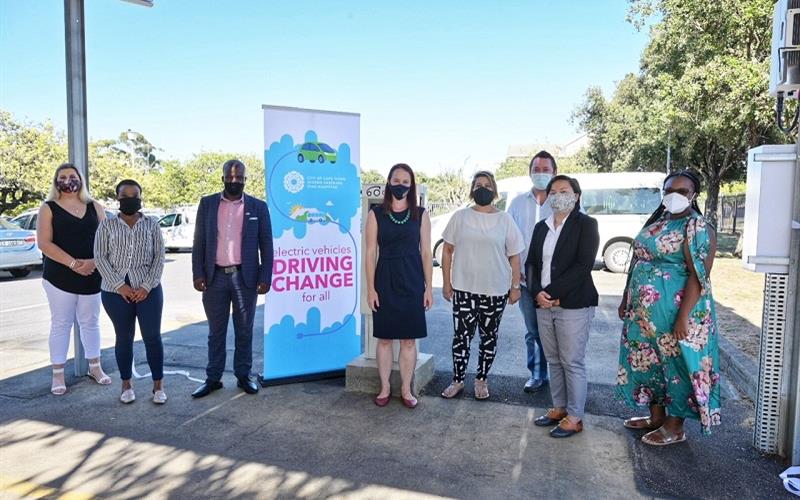 It looks like Cape Town is finally ready to embrace the Electic Vehicle (EV) lifestyle. The city announced on 29 March 2021, that it has installed a second solar-powered EV charging station in the parking area of the Somerset West Civic Centre.

eMobility methods of transport offer the City and its residents an opportunity to create a healthier, more inclusive metro. The first of the cities charging stations is located at the Bellville Civic Centre, with the latest addition located in at the Somerset West Civic Centre. They were placed in these areas because of their convenience, safety, and visible locations.

The City of Cape Town has opened its second public electric vehicle (EV) charging station, situated in the parking area of the Somerset West Civic Centre.

The charging stations were donated to the City by the United Nations Industrial Development Organisation (UNIDO) are currently offers free-of-charge to members of the public.

“The City is supporting the uptake of eMobility and is developing initiatives to help enable the growth of this technology in Cape Town, so that it can become more accessible and rolled out in the future across all transport modes to benefit all of our residents,” said the City’s Mayoral Committee Member for Energy and Climate Change, Councillor Phindile Maxiti.

Take a look at the EV charging stations below: