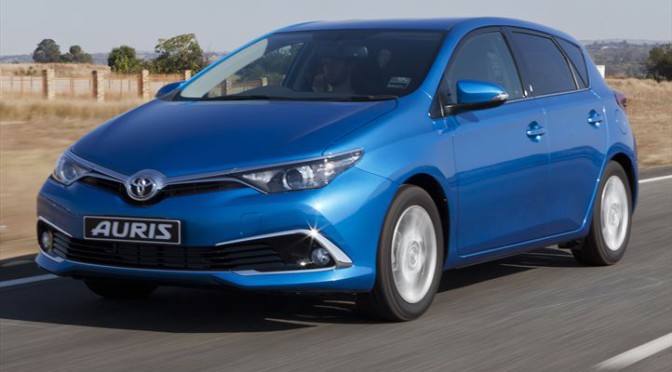 The C-segment, the one that so many of us swim in, is under a lot of pressure from the compact SUV market. And there I thought it was just amongst my friends who are all now starting families. But alas, the compact hatches and sedans are feeling the pressure.

The Toyota Auris is one of those cars that for some reason or another flies below the radar when it comes to the media. It may have something to do with it being, well, rather bland. There is nothing too exciting about it and it has that same reputation that it’s older brother, the Corolla, carries; it’s boring but reliable. This is true, however, Toyota have taken this on board and what they did with the Corolla, they have now done to the Auris. This means it is overall a far more pleasurable package!

Just from a looks point of view the Auris has upped its game. With it’s redesigned front and rear, the Auris now cuts a far more sporty appearance. We were given the top of the range 1,6 XR on the day of the launch and given free reign with it. Never would I have imagined that someone would stop next to a parked Auris, get out of their car, and do a walk-around. But they did. When I asked what they were doing (this is South Africa after all and so perhaps they were preparing to steal it) the couple politely smiled and said they had noticed it when driving past and just ‘had to stop to take a closer look.’ Although a bit confused, I could understand their reasoning. The car looks great! Also bear in mind that although this car flies under the media radar, it still achieves a 10% share of the C-segment hatch market which means 160 units are sold per month, so the public clearly sees something us journalists do not. 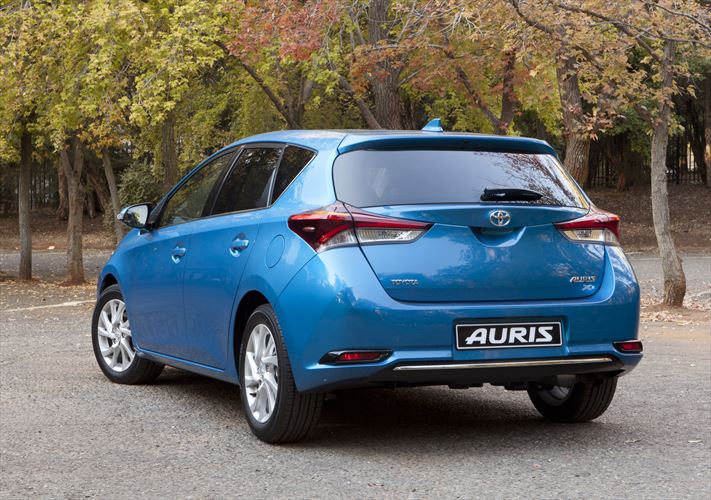 Climb inside and the same fresh look is carried through in to the cabin. My partner, who is by no means a motoring journalist, commented that he would definitely choose this over the Volkswagen Golf 7, something I think most journo’s would struggle to understand, but again, this is where Toyota is getting it right and now appealing to both the practical and emotional side of potential buyers. A new touch screen which comes standard on the the top two trim levels, just adds that extra touch of modernity and class to the cabin.

The only downside to this midlife update of the Auris is that Toyota have left the range unchanged. Which means you can opt for a 1,3-litre petrol  unit that produces 73 kW and 128 N.m of torque, the 1,6-litre petrol engine which produces 97 kW and 160 N.m of torque…this is mated to either a 6-speed manual transmission or CVT.  Or the 1,8 Hybrid is due in South Africa in September. So no 1,2-litre we see in Europe.

The engine has enough oomph for city driving and the ride is smooth and quiet, this is something Toyota boasts about, and they can. There is minimal road noise or any vibrations for that matter. The car feels very sturdy on the road. 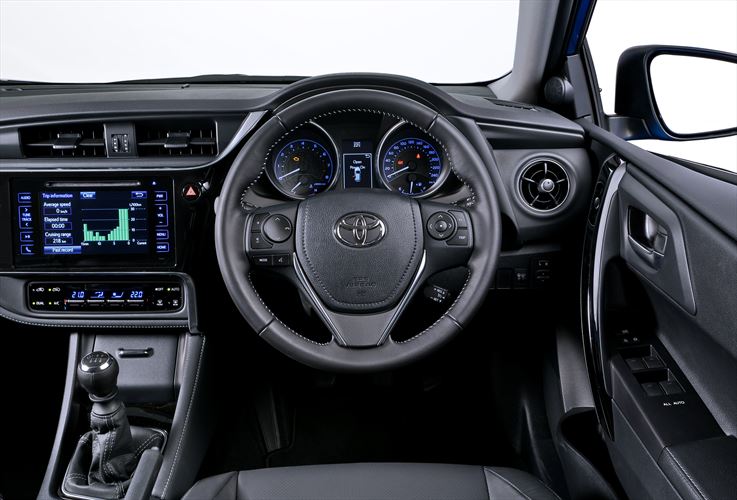 As mentioned, we got to experience the 1,6 Xr and as you can imagine it is jam-packed with standard spec. Think auto lights, colour TFF multi-information display, cruise control, smart entry with push start technology, electronic dual-zone climate control, curtain airbags and a driver’s kneebag, full leather upholstery with seat heaters and electric lumbar support for the driver.

This car may not be everybody’s first choice, especially with competitors such as the Volkswagen Golf and Ford Focus, but then again, who wants to always follow the grain. The Auris makes a great option to the already Golf-saturated roads. And if you really want to stand out, opt for one of its new colours on offer; Citrus Metallic. Or not!