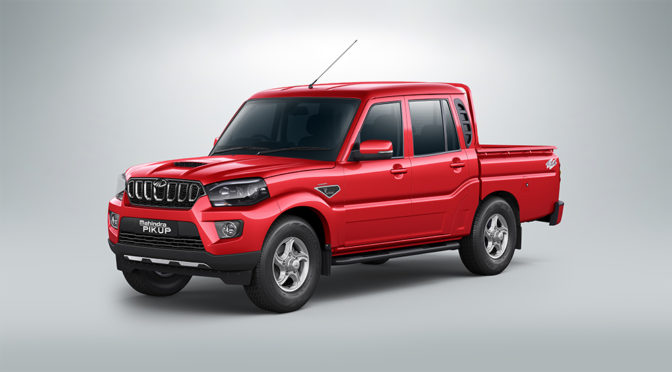 The range topping bakkie, the Pik Up auto S11 (denoting the automatic gearbox, S10 is a manual) recently launched in South Africa, the first market to get the Pik Up S11 globally. We’re not sure if this is just a business decision or because we’re that bakkie verskrik it’ll be a credible resource for Mahindra to watch the local reception.

The Mahindra Pik Up S11 or auto has spent the last year testing in South Africa, it’s had everything thrown at it that we offer and it’s been through extended durability testing at Gerotek (vehicle testing facility in Gauteng). If a vehicle has flaws Gerotek will magnify them, so it’s a good thing that the Pik Up S11 has earned its stripes on those hard Gerotek tracks.

The Pik Up S11 is based on the manual S10 version and then some. More luxuries have been included and the special edition Karoo makes an appearance.

The visual upgrades for the S11 include more chrome detailing on the front end, the chrome vents are wider like the Scorpio SUV, there’s new lights and colour-coded mirrors with integrated-indicator lights. 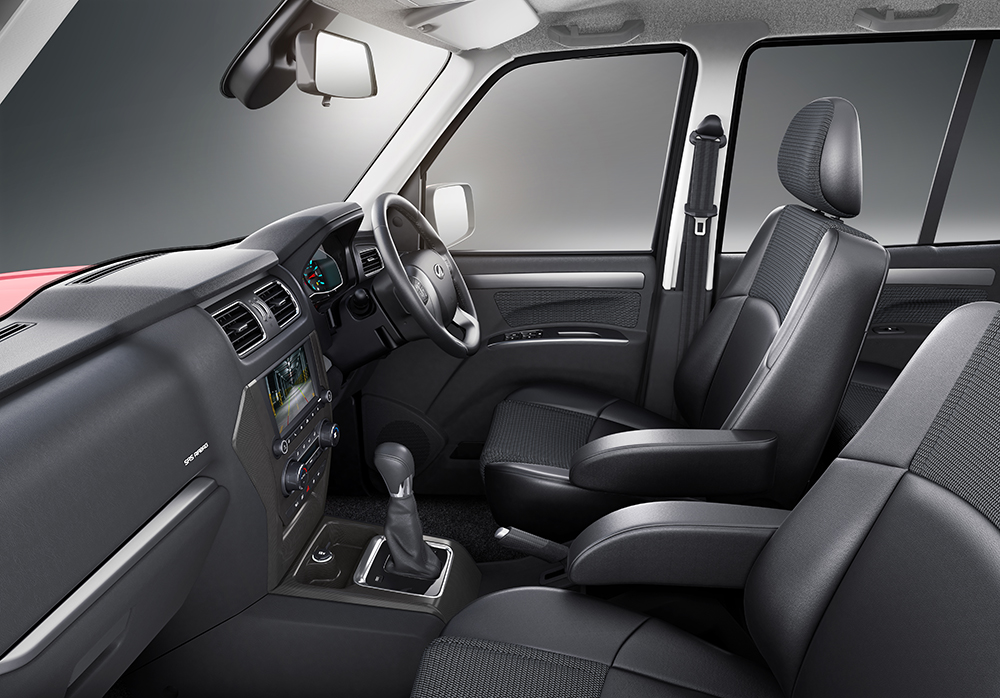 On the inside there’s the 7-inch touchscreen infotainment unit, housing Bluetooth connectivity, car info, satellite navigation and the entertainment options. The 7-inch screen doubles as the reverse camera screen, a new addition to the Pik Up S11. The locally assembled Karoo edition, denoted by the decals and styling cues all around the bodywork, proved so popular that Mahindra decided it would get the S11 auto transmission too. Over and above the decals the Karoo gets a rubberised load-bay and off-road alloy wheels.

The S11 is powered by the same engine as the manual Pik Up, the mHawk 2.2-litre four-cylinder turbocharged diesel producing 103 kW and 320 Nm on a claimed fuel consumption of 7, 9 l/100 km.

An auto box on a bakkie is going to be met with scepticism by purists, they can be clunky on the gear change and whining in laborious off-road work, it needs to be really good at shifting to be taken seriously. 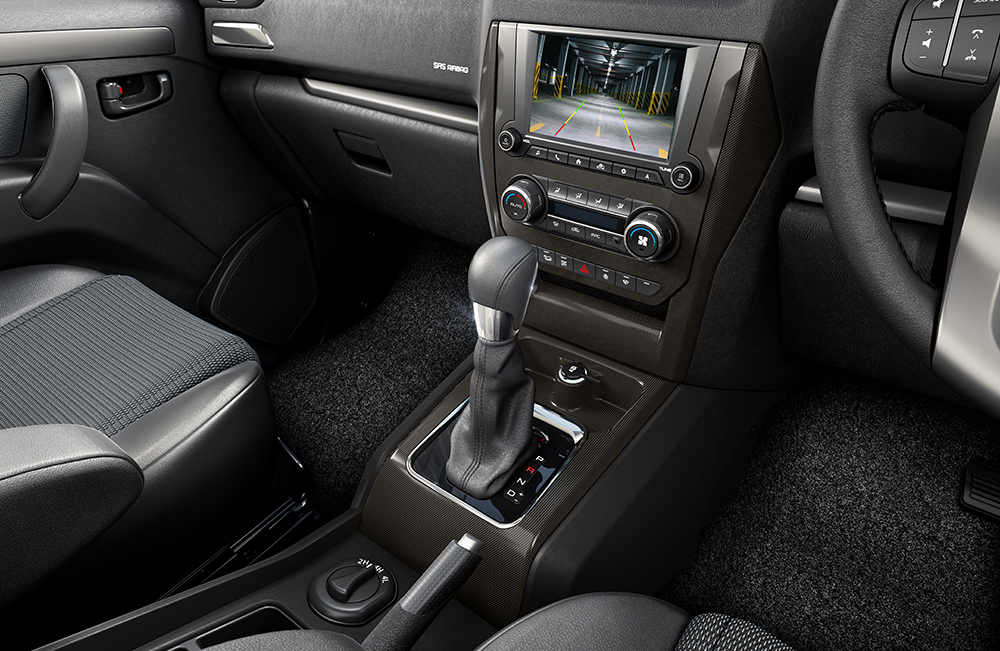 Mahindra has sourced the transmission from Aisin AW, they make gearboxes for Toyota, Jeep and Suzuki to name a few, even a few VW models and Porsches. It’s not some in-house build, they’ve put a fair amount of money behind the S11. A few kilometres into the launch route and there hasn’t been a lurching gearshift yet, this could be luck, if anything it’s quite smooth. At the 20 km mark, still no lurching, this might just be a good gearbox, attempting to find a weak spot using the manual sequential self-shift doesn’t work either as it still shifts seamlessly.

Next up we put the Pik Up S11 to the off-road test, this is not a gravel road, it has ruts and rocky outcrops where recent rainfall has washed away any accumulated sand to level out the bumps. Whether 4×2 or 4×4 all DC models of the S11 have a mechanical-differential lock, which completely locks the rear wheels, theoretically we shouldn’t get stuck in a tight spot. The Pik Up S11 performed well, none of the ruts and bumps posed as any obstacle, no bumpers scraped or transmissions boxes thumped on rocks. In the slow crawl over obstacles there was no need to manually over-ride the gearbox keeping in 2nd or 3rd to get the best out of it, it was simply left in D to its own devices, and its own devices can’t be argued with. 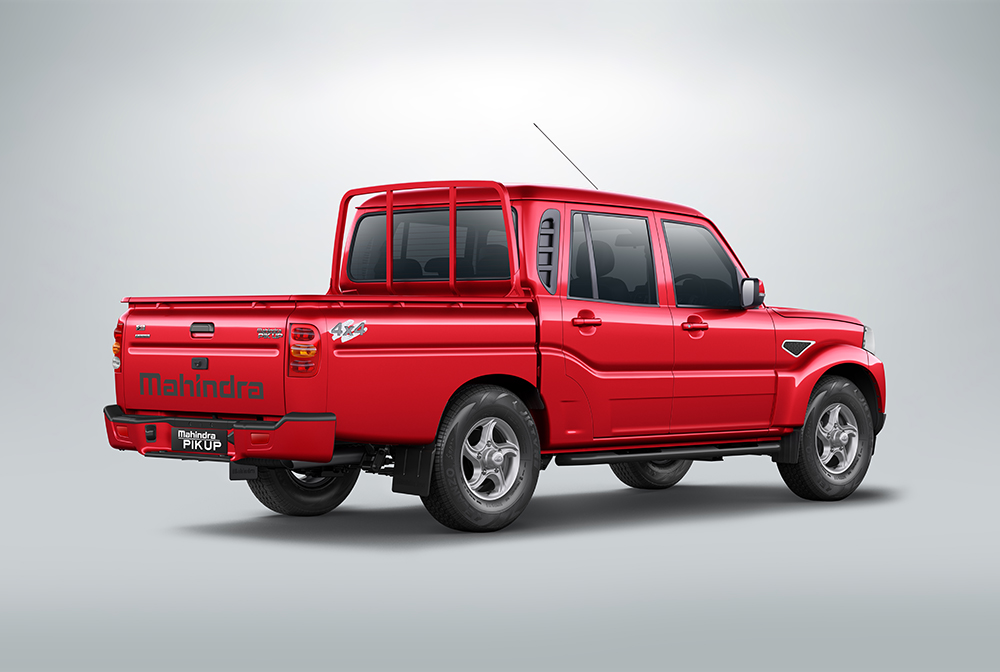 This is a seriously good bakkie, well priced with enough bells and whistles to seem luxurious and not the workhorse it is. I’d love to see what it’s capable of in a 4×4 gathering like the annual Rust De Winter Jamboree; my guess is it might make a few weekend warriors question why they spent R200 000 more to play in the mud.