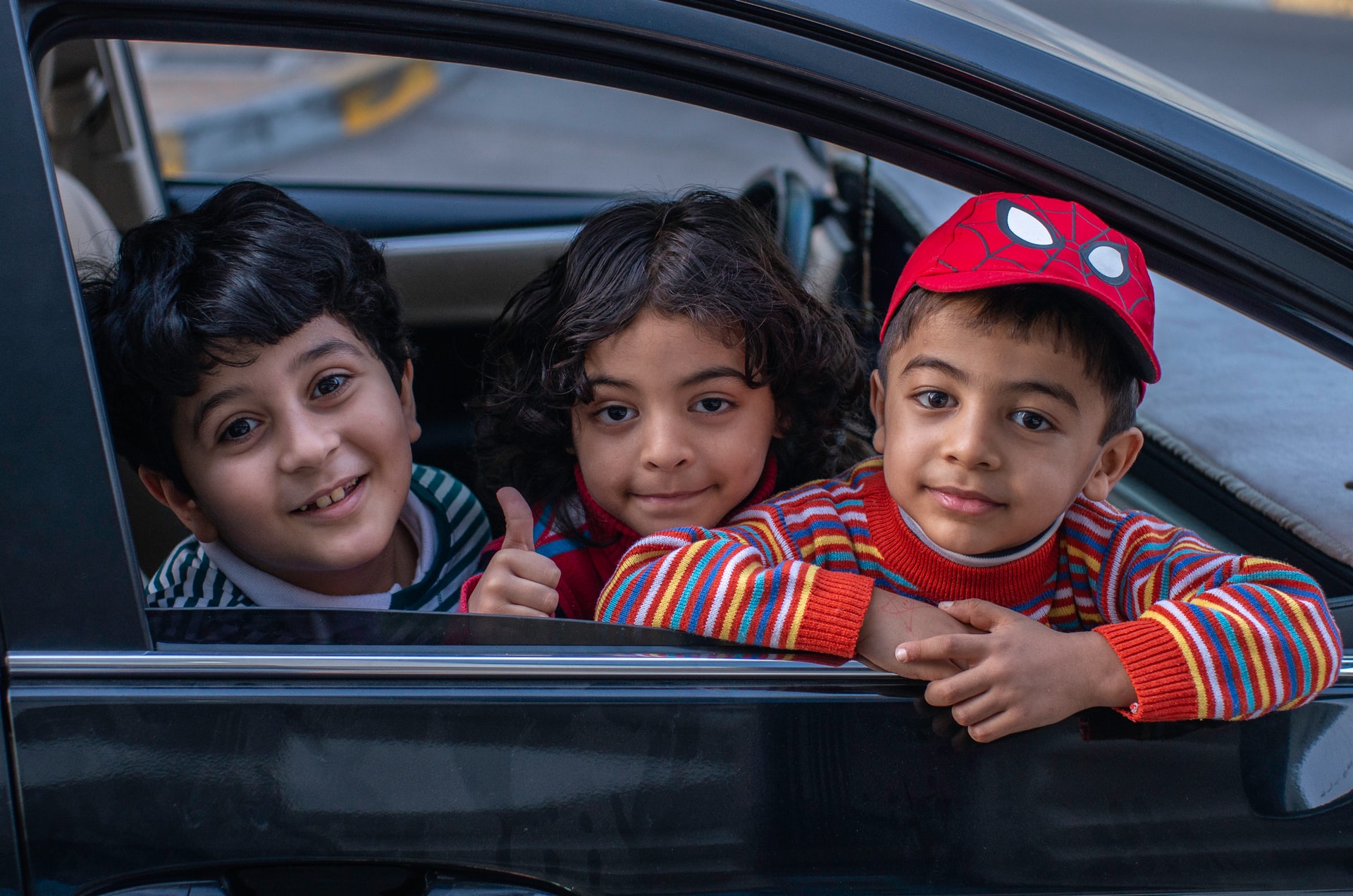 Road trips are fun but can be cumbersome if you have restless kids who keep asking, ‘are we there yet?’ Over the years, parents have found creative ways to keep kids entertained with car games.

Instead of sticking a game console in their hands, spend some family time together to while away the hours.

A simple game for kids who know how their alphabets. Everyone gets a turn to name something from a chosen subject. If you pick the subject animals then the first person has to name an animal starting with an A then you work your way through to Z.

A classic go-to game that never fails to entertain. Each person starts their turn with the famous phrase ‘I spy with my little eye, something beginning with…’ and then they says the letter. The rest of the passengers in the car have to figure out what it is. The winner gets to go next.

Although you will probably prefer a less violent version of this game, the premise of punch buggy is that you punch the person next to you the moment you see a Volkswagen Beetle.

There are a couple of ways you will need to update the game. First, removing the punching aspect is a good idea. Rather, get those playing to shout “Punch Buggy” out loud. Another issue is that there may be less Beetles around these days, so possibly pick another popular but recognisable car like a bakkie.

I went to the Market

I went to the Market is a great game because you can scale it up depending on the age of those playing. The simple version has everyone saying “I went to the market and bought a…” then naming an item. The next person has to say the same phrase and start with what the last person named before adding their own. This is more of a memory game.

The more advance version is less of a memory game and more of a puzzle. One person is nominated and they have to decide on a code which they will add into their answer. An example could be that all items bought from the market have to start with a certain letter or be a certain type of object.

The players then say the phrase and the nominated person says whether or not they are right. The players have to try figure out the code based on objects that are right and wrong.

The storytelling game is simple and a great way to kickstart kids imaginations’. Each person says a word, building on the last person and you weave together a tale as a family.