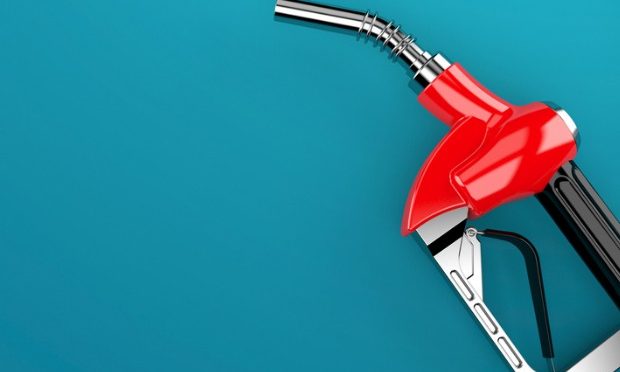 According to the Automobile Association, South Africans can expect another hike in the fuel price at the end of May. The global price of crude oil is now almost $80 per barrel – so it’s inevitable that we’ll be seeing increases in the fuel price too.

With the increase in petrol, everything else follows – especially food – while salaries stay the same as winter steadily approaches.

We’ve already heard about the increase in the General Fuel Levy. The considerable 50c-per-litre increase was postponed at the end of April, meaning that we entered May with a fuel price deficit. Right now, we’re facing increases of 74c a litre for petrol, 81c for diesel and 78c for paraffin.

We took a look at where SA ranks in global fuel pricing and how we compare to other countries.

How Does SA Compare To Other African Countries?

The price of petrol in South Africa is constantly on the rise – and the truth of the matter is that our fuel justdoesn’t come at a comfortable price. But, how do we compare to our African neighbours?

It is aggravating to find that many African countries get their petrol far cheaper than we do – including Sudan, Algeria, Nigeria and Egypt – all of which pay less than R6 a litre. Botswana, Mozambique, Malawi, Tunisia, Ethiopia and even Lesotho all get their fuel cheaper too.

Some don’t have it much easier than we do. The Bloomberg Fuel Price Index shows that Zambia has the most expensive fuel in Africa – with a litre costing R18.81. Zimbabwe also pays more than us, at R16.53 per litre.

South Africa is the oil-to-liquid-fuel refining powerhouse of the southern region, as well as leading in fuel storage and distribution. Adding to that, Angola, which is just north of Namibia, is the second largest exporter of oil in Africa.

Why isn’t our petrol more affordable? The most probable answer? Quality of life.

It has to be noted that there is a direct correlation, particularly in Africa, between a low standards of living and low fuel prices. This may be uncomfortable to recognise, but it’s the truth. We as South Africans may be forced to admit that, though we desire the low petrol prices of Sudan, Egypt or Nigeria, we probably wouldn’t want to live in the countries which come with it.

This isn’t always the case, and there are many other factors which come into play which make direct comparison impossible. Zimbabwe is proof of that.

And then, of course, it’s no secret that in South Africa, private motorists are an easy source of revenue for the government. Like fishing with dynamite.

How Affordable Is Fuel In South Africa?

Some of the highest fuel prices in the world can be found in the world’s wealthiest nations. These countries have responsible governments and steady currencies – so we can’t even blame the high fuel prices on the things we often blame it on here.

If we have a look at Global Petrol Prices, Iceland currently has the most expensive fuel in the world. This is followed by Hong Kong and then Norway. 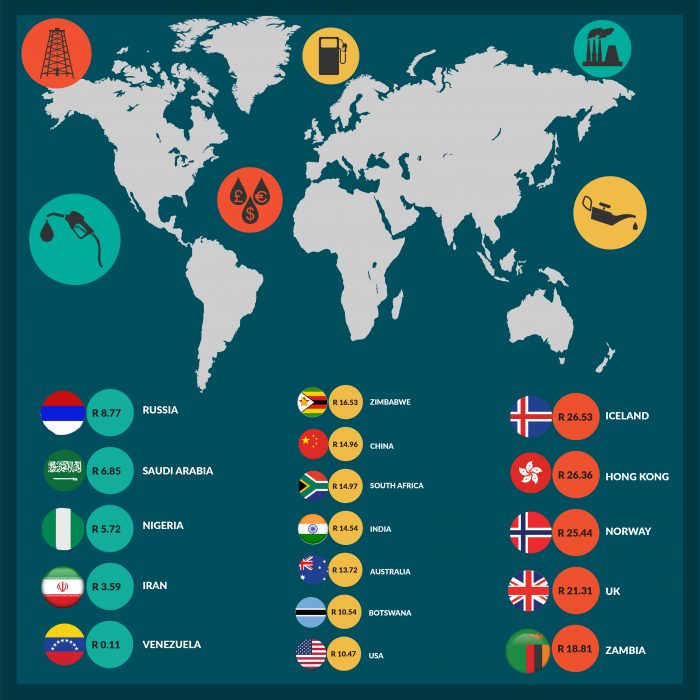 If we have a look at the likes of these countries – they have provided the inhabitants with great, reliable public transport. Private transport is seen as more of a luxury than a necessity – and it is taxed accordingly.

And then looking to the United States, we find a very balanced and comfortable R10.47 per litre; and it begins to make a little more sense. US government policy has weaned the country off of Venezuelan and Middle-Eastern imported crude oil. Instead, they’ve developed a solid domestic shale-to-oil industry.

In terms of the most expensive petrol in the world, SA ranks 20th on Bloomberg’s Index. We also rank 56th in terms of affordability and 60th for total amount of income spent on fuel expenditure.

According to the Index, the average South African earns R237.13 a day. At that rate, it takes almost 6% of a day’s wages to buy one litre of petrol. The average motorist, it says, uses up to 202 litres a year – which equates to around 3.3% of the average annual salary.

Anybody who has ever had to deal with metropolitan traffic, day in and day out, will recognise this percentage as far too low.

So, South Africans are set to feel the pain at the pumps this year. But, it could be worse.

Venezuelans are currently enjoying the cheapest fuel in the world – at just 11c a litre. But, Venezuela is also home to three of the top ten most violent cities in the world. The economy is collapsing, inflation is ridiculously high, the people earn low wages and many among them are beginning to flee the country.

By contrast, we have countries such as Norway. Norway is one of the most refined oil exporters in the world. The Norwegian government could lower their fuel prices from the staggering R24.84 per litre to something more in line with Botswana, Nigeria or Angola. But, they won’t…

Norwegians are quite happy with paying these prices. It means that they can enjoy a high quality of life under a competent government.

The best South Africa can hope for, at this point in time, is something in between – which is pretty much where we are.

It’s important to remember this, the next time you pull up to the pumps.