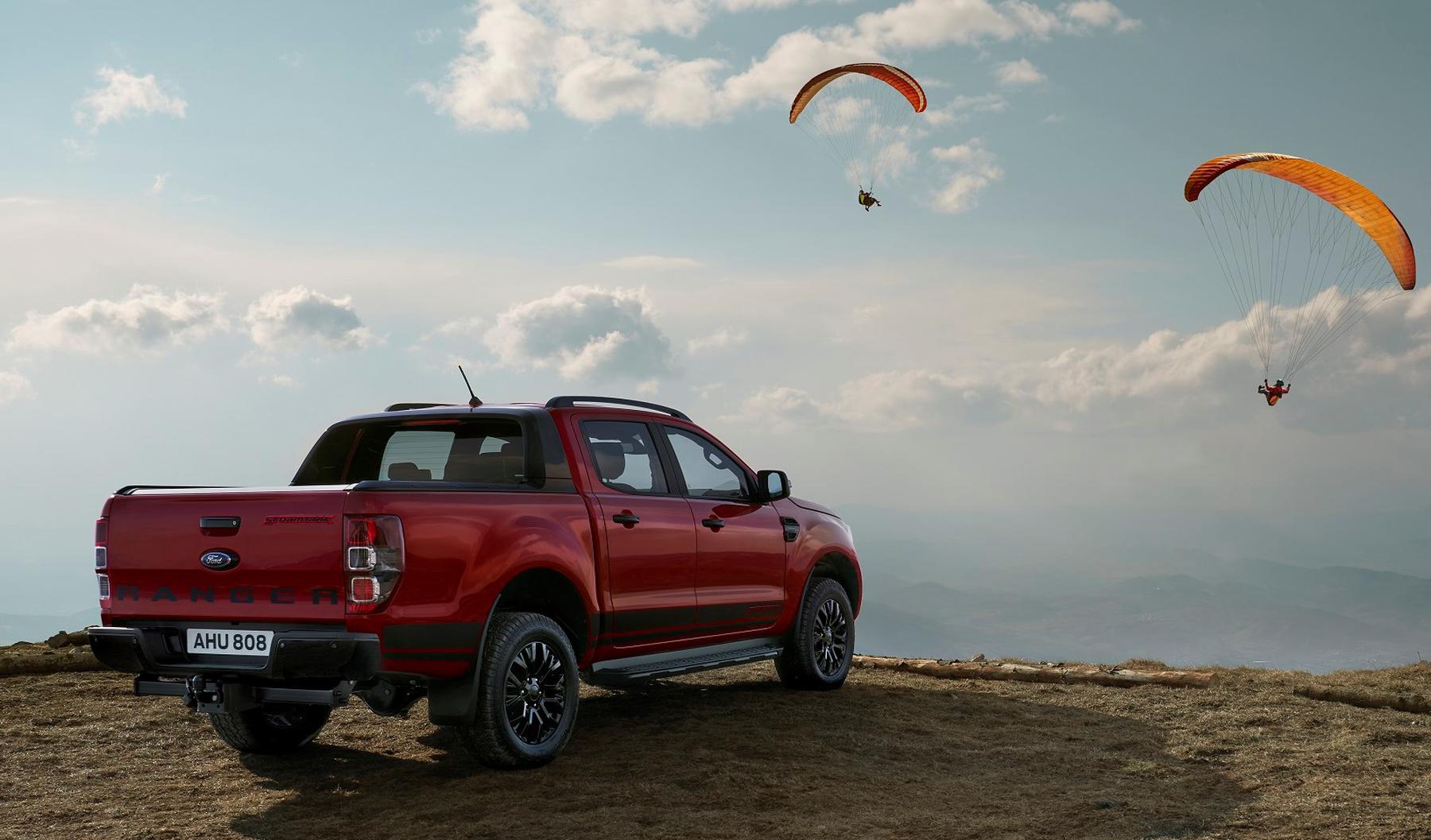 After the successful sales rate of the limited-edition Ford Ranger Thunder in 2020, Ford South Africa has now introduced another one of their unique bakkie derivatives called the Stormtrak. According to Quickpic the limited-edition Ranger model now boasts distinctive features, enhanced security and more practicality.

“The Ranger Thunder was exceptionally well received when we launched it a year ago, proving unequivocally that there is strong demand for range-topping models that offer something different from the norm,” says Doreen Mashinini, General Manager for Marketing at Ford South Africa. 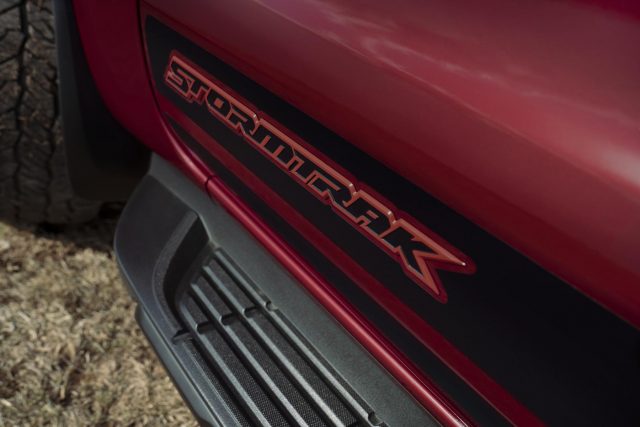 “The new Ranger Stormtrak follows the same recipe as the limited-edition Thunder, by elevating the style, sophistication and exclusivity of our most luxuriously appointed model in the Ranger line-up,” Mashinini says.

The new Stormtrak has a muscular personality if you look at its exterior. Several new things that outline this Ranger derivative includes a black mesh grille with red inserts, a black inset located in the lower part of the front bumper, black decals on the bonnet and doors, black roof rails and last, but not least, 18-inch alloy wheels with a gloss black finish. 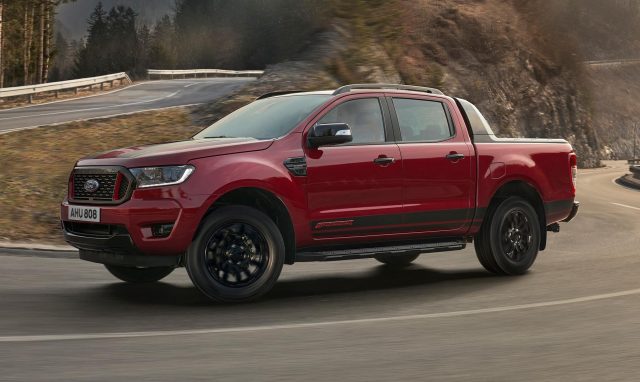 The model has three-dimensional Stormtrak logos on the lower part of the front doors and the rear tailgate. The Ranger Stormtrak has a new, vibrant paint colour called Lucid Red. Sea Grey, Frozen White and Blue Lightning are optional too.

When it comes to practicality, the Stormtrak comes standard with Ford’s new Power Roller Shutter that ensures safety to any goods inside, and it is complemented by the tailgate locking mechanism that is integrated into the vehicle’s central locking system.

An adjustable bed divider kit on the interior makes it easy to compartmentalize the cargo area according to the size of the load being carried and prevents the goods from falling around while driving. A drop-in bedliner has a 12-volt socket that might come in handy on a camp with the family to power accessories. 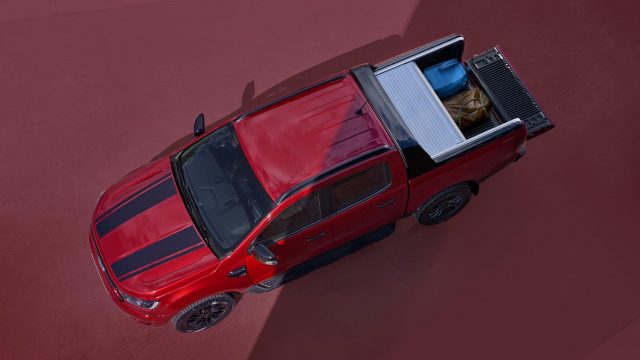 The cabin has its own sporty, yet unique ambience with illuminated front scuff plates, premium leather seats with striking red stitching that also features throughout the cabin, with a Stormtrak logo featured on the front seat backrests. The interior includes a soft-touch dashboard upper, steering wheel and gear lever. 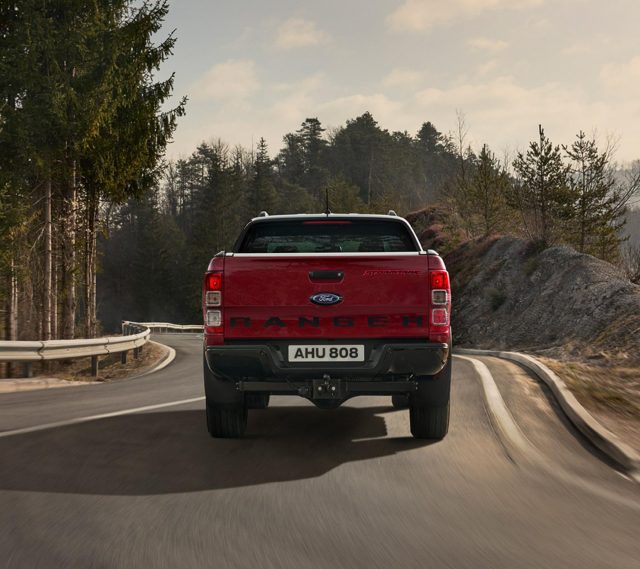 Ford’s 2.0-litre Bi-Turbo engine powers the Ranger Stormtrak enabling the model to deliver 157 kW with 500 Nm of torque. The engine is paired to a 10-speed automatic transmission for performance and outstanding fuel economy. The 3 500 kg towing capacity remains the same, along with an 800 mm water wading depth and 230 mm ground clearance.

Pricing for the Ranger Stormtrak will be announced closer to the launch later this year.