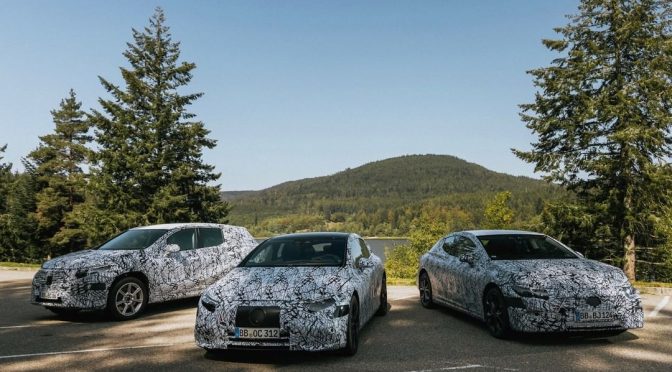 For years, people have been able to customise the look of their car but have you ever wanted to customise its sound? Well, now you can. Mercedes-Benz will allow drivers to decide on the sound the engine of their future electric cars will make.

Most electric vehicles sound like nothing, while some feature a manufactured sound through the speakers. However, Mercedes’ upcoming EQ cars will offer a range of sounds that can be chosen by the driver.

The brand’s new EQ electric car sub-brand will offer motorists a ‘multi-sensory’ experience in which they can toggle between a range of soundscapes and feedback sounds in place of engine noises. The interior sounds willl be artificially generated, and changed through its MBUX infotainment system.

The sounds will automatically change in response to factors like speed, driving mode, accelerator position and regenerative braking level. While in sport mode, for example, the noises will be louder and more dynamic. The soundtrack can continue even while the car is parked.

It’s not just interior sounds getting more personality. Mercedes also plan to make more interactive exterior sounds, like a newly developed acoustic feedback when the car is plugged in to indicate the charge state of the battery.

For those not into their car having a soundtrack, there is an option to turn sounds off entirely.

Mercedes plans to make an electric version of the G-Class off-roader. The AMG- and Maybach-badged EVs are also in the pipeline, although a specific launch date has not been revealed.