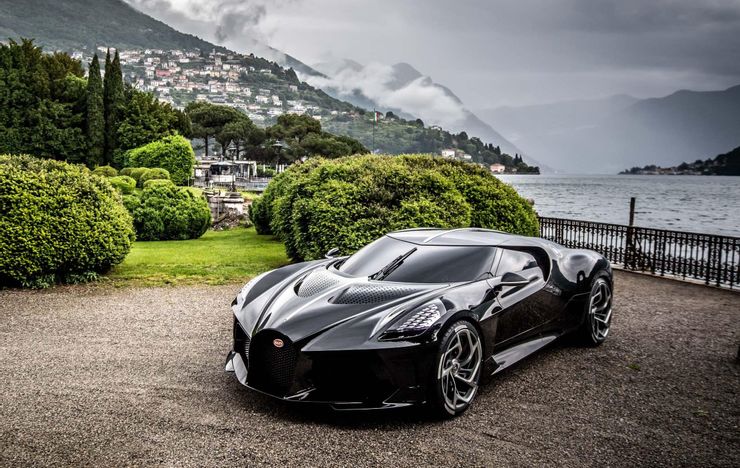 Some see cars as a utility, a means of getting from point A to B. Others, see cars as toys, collector’s items, a status symbol, or a badge of honour. We’re talkin the richest of the rich because in the world of supercars, they don’t mess around with small change.

So what defines a supercar? The basis is speed, both in terms of top speed and acceleration. Other criteria include that it must be street-legal, and must combine high-performance with luxury. But according to Autocar, “defining whether a car is a supercar comes down, as it always did, to blind prejudice. A supercar isn’t about stats; it’s about a mindset. Does it make you go a bit tingly? Yes? It’s probably a supercar.”

Take a look at the five most expensive supercars in the world of 2020 according to Driving Canada. We are allowed to dream, right?

This two-seater is Mercedes’ way of transferring “the latest and most efficient Formula 1 hybrid technology almost one to one from the track to the street for the first time,” the website reads. The AMG-ONE can produce over 1,000 horsepower at a maximum speed of over 350 km/h. And, its design is super sleek, with a race car-inspired interior.

What makes the Jesko special is the fact that it is a limited production edition. “It is the fastest Koenigsegg ever made and the company will never endeavour to make a faster series-production road car – ever,” the manufacturer claims. Powered by a twin turbo charged V8 engine, this baby features the world’s lightest V8 crankshaft that weighs just 12.5kg.

This roadster is obsessed with beauty. The exterior design inspires wanderlust, with a hint of an urge to race your fellow road users. It’s not just the outside that counts, though. Powered by a 6.0-litre AMG V12, the Huayra produces 800 horsepower and generates up to 1.9Gs of max lateral force in corners.

Forget about this car’s sophisticated, futuristic look. This Chiron wants you to crank it up and take her to 500km/h. “The cockpit layout of the CHIRON gives the pilot all the necessary information within his range of vision. Proudly displaying the magic 500 km/h mark, the mechanical speedometer is a feast for the eyes,” the website boasts. Oh, and did we mention it can generate 1,500 horsepower?

Yes, there are two Bugattis on the list of the five most expensive supercars. The Bugatti La Voiture Noire does the Chiron one better not only in terms of racking up the price, but there was only one ever built as a celebration of the company’s 110th birthday. This monster has 16 cylinders, four turbochargers, and can produce 1,500 horsepower. It has already been sold, too, but the lucky owner remains unnamed. When asked, Bugatti said simply that the owner is an “enthusiast”. We’d say.