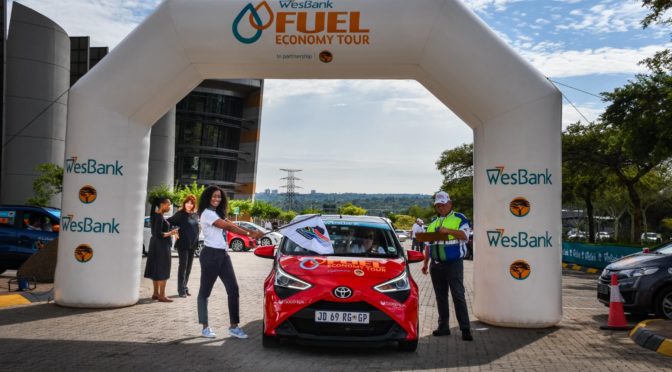 Oh em gee. We’ve won our class, I1 (Petrol Saloons and Hatches Normally Aspirated sub 1199cc), we’re the highest-placing female crew and placed second overall against 39 other cars of all shapes, engine displacements and fuel types. It is genuine disbelief. I’ve done nothing special, my navigator is a yoga teacher who has never done this before in her life and I’m not exactly known for being light with the right foot.

How was the Toyota Aygo driven so fuel efficiently? The genuine answer is we did nothing special, it was driven how anyone on a long roadtrip would drive. Just under the speed limit to get there as quickly as possible. And this was our strategy from the beginning, to drive the Aygo as realistically as possible so anyone behind the wheel should be able to achieve these results or close enough to them.

We didn’t pack light either. We’re carrying a full-size spare wheel along with the standard space saver, just in case. Team motto: being late or hangry are not options, so we raided the local mall and were carrying close to 10kgs in padkos and water. And I found a new pair of shoes while looking for food. So, there’s that, too.

In shakedown testing the day before the event we realised that the Aygo’s variance in fuel consumption was minimal between driving efficiently and simply keeping up with traffic. A decision was made to sacrifice fuel during the legs for the sake of speed rather than incur a fuel penalty for lateness. 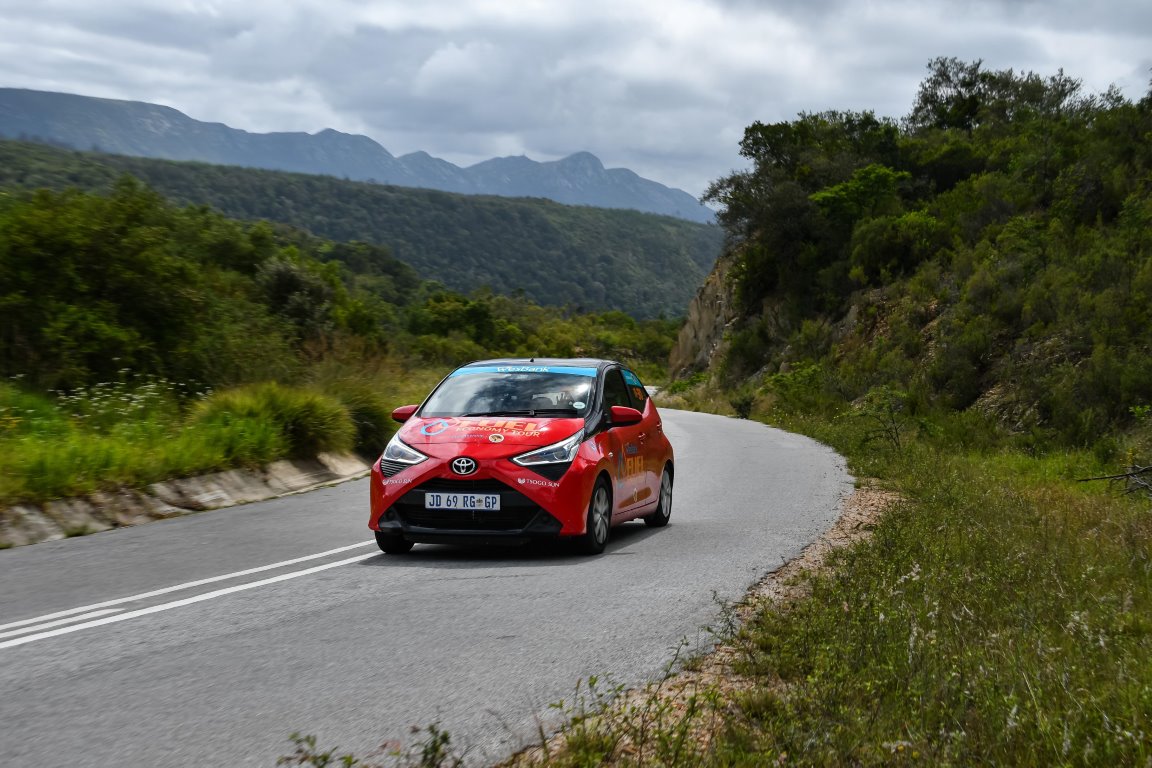 At no point did we employ tricks of the hypermiling trade; hugging the barrier, avoiding braking, accelerating super gently and not using the air-con. Quite the opposite, we used the air-con downhills and on flats, on hills we had to give it a rest, we needed all 53 kW available focused on said hill. And as for speed, just as we’d predicted, our strategy to sacrifice fuel on the road and have time in hand in case we were running late for a checkpoint proved important. We incurred no fuel penalties for late arrival the entire rally.

The route terrain changed daily, each leg presenting something different, flats, hills, a mixture and extreme undulating roads. There were newly surfaced roads and one that turned a bit gymkhana-esque avoiding the potholes with our smaller tyres. Having only 93 Nm meant that the Aygo had to be driven all the way up the hill, most of the time we opted for third gear, inline with our strategy to never lose speed. We had to drive down hills too if the gradient wasn’t steep enough or we weren’t carrying enough speed, our small size meant that momentum was something we chased, not something that happened as with the bigger cars. We drove hard, the moment of respite would be when we stopped and made it to the end. 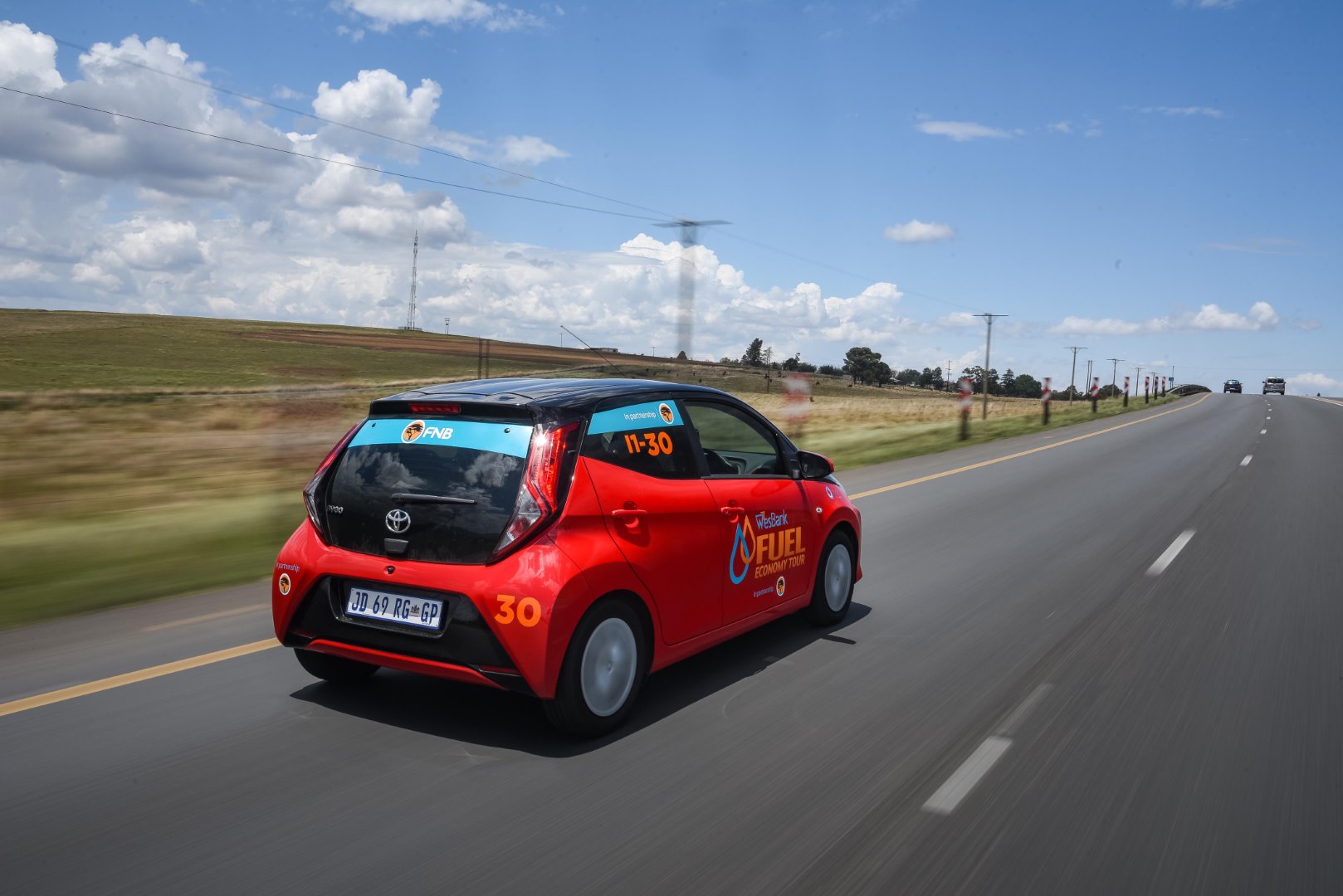 Our average fuel consumption at the end of the WesBank Fuel Economy Tour of 4.8328 l/100 km from a 1.0-litre engine is phenomenal and shows how economical the Aygo is, it’s not some figure achieved in the motoring utopia of a testing lab. The nature of the classes means that class wins are celebrated and not the overall figures, which is important. While we placed second overall and were the highest-ranking petrol-powered competitor, flanked in third and first by two diesel engines you need to compare apples with apples, and that is achieved by putting the vehicle into class categories.