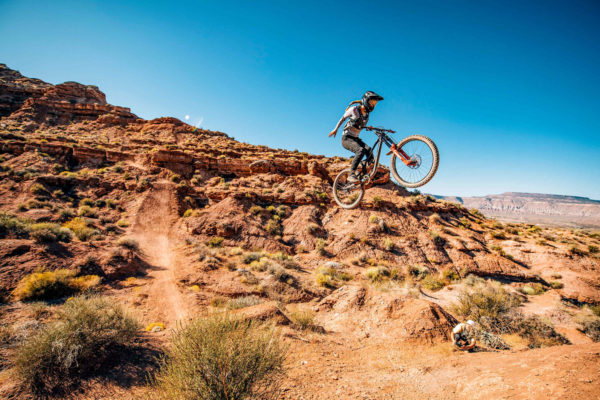 If you love extreme sports and crave that crazy adrenalin rush, then you’ll be familiar with Red Bull’s Rampage, the wildest and most dangerous extreme mountain biking event. This event was first held in 2001, and only featured male riders who dared to try impossible stunts, which often resulted in massive crashes that prematurely ended their careers.

This ‘living life on the edge’ performance spilled over onto women, and in 2019, women’s mountain biking saw a huge breakthrough with the establishment of the Red Bull Formation. This is a first-of-its-kind event that borrows from the dynamics of Red Bull’s Rampage.

Even though Covid-19 temporarily paused this event, the Red Bull Formation came back with a bang in 2021 to feature eight of the world’s best freeride mountain bikers, who are all women, and have shown great skill while tackling the steepest terrain in the Utah desert.

This platform provides the opportunity for females to showcase their skills while testing their ability to master impossible tricks. It also displays the raw and unfiltered reality of bumps, bruises and huge crashes that are associated with this sport.

According to News24, in the Cross-Country (XC) racing disciplines, women have shown that they have the fitness and desire to do anything. At times, the women’s Olympic Cross-Country (XCO) mountain bike races are better, with tighter bunches and closer finishes.

Check out these fearless females over here: