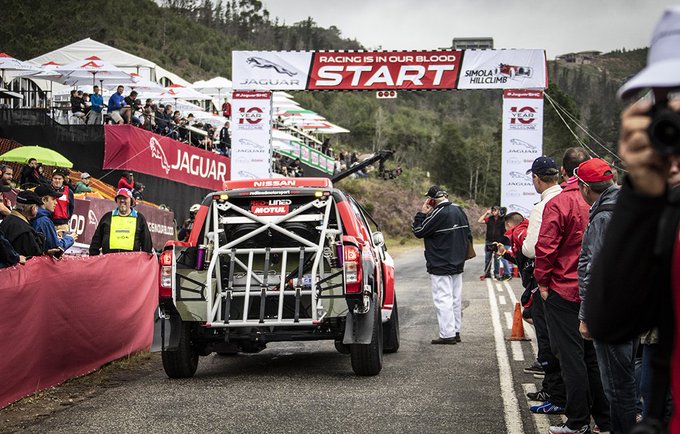 The annual Simola Hillclimb will be going virtual this year. The virtual event will be brought to you courtesy of Knysna Speed Festival and Monarch, a leading esports eventing company.

The 2021 Virtual Simola Hillclimb will start off with a full-blown series of four qualifiers, culminating in final virtual shoot-outs on 8 and 9 May – the originally scheduled dates of the real 2021 Simola Hillclimb which has been postponed.

Simola Hillclimb = Two events: One real the other Virtual

Please note that our launch of the Virtual Simola Hillclimb competition does NOT replace the real version of the Simola Hillclimb, but rather that the two will run in parallel.

In response to the immense disappointment felt by competitors and fans alike after the news broke that the event would be postponed due to the COVID-19 pandemic, Ian Shrosbree, MD of Knysna Speed Festival had the following to say.

“It was starting to feel like the complete loss of the Hillclimb experience – and we have more than a decade’s worth of excitement and special competing intensity to protect. We realised that while the pandemic continues its impact on our lives we would have to create a meaningful substitute to run up till and through that original Hillclimb Weekend.”

“The launching of the 2021 Virtual Simola Hillclimb by ourselves and Monarch ticks all these boxes,” added Shrosbree.

In terms of how exactly the newly formed event will work, the Virtual Simola Hillclimb will start with the opening round on Monday 22 March running through to Saturday 27 March. Round two is from Monday 29 March to 3 April. Round three will run from 5 – 10 April, and Round Four – the final qualifying round, from 12 – 17 April.

The scores from all four rounds will produce the Top 10 competitors qualifying for the finals on 8 and 9 May and the winner after those two days of competition will be crowned the Virtual King of the Hill that Sunday evening.

As part of the development programme, the organisers enlisted the help of Mark and Gavin Cronje, two brothers who have both raced in actual Simola Hillclimbs, to try-out the product. They came away from the test enthusiastic about the experience as well as being able to give us valuable inputs used to improve the final product.

“I was fortunate enough to compete twice at the Simola Hillclimb and I recently tried the Virtual edition, and it is mind-boggling. The accuracy of the track and the thrill is fantastic. It will give the virtual competitors a great experience of the Simola Hillclimb.” said Mark.

For those yearning to actually get out in the field and experience the real-life version of the Simola Hillclimb, that event will be taking place between 2 and 5 September 2021.

Take a look at what you can expect from the virtual event below: