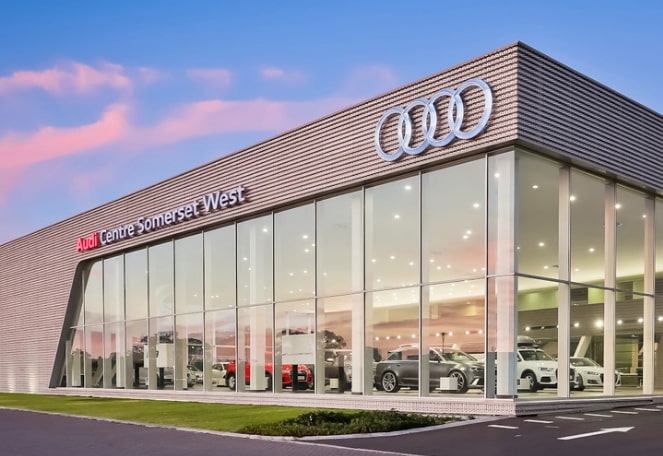 So far two of the four vehicles have been recovered, an Audi SUV in Bloemfontein and an Audi R8 found in Beaufort West. The other two vehicles are still nowhere to be found. Two suspects have been arrested and are being detained.

Police spokesperson, Colonel Andre Traut comments, “The circumstances surrounding the theft of four vehicles at a vehicle dealership in Somerset West on Saturday night are under investigation.”